Russia may face the threat of terrorist acts again – this time the danger comes from terrorists of a radical Georgian group, The Izvestia newspaper reports. 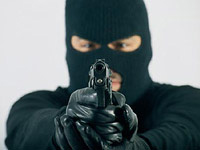 The attacks, the newspaper wrote, may take place in Sochi, St. Petersburg and Moscow, where terrorists supposedly plan to open fire at people in the city center. The newspaper obtained the information from telegrams, which were previously sent to all police stations.

Apparently, Georgia decided to proceed to sabotage operations, being unable to handle the fact that Russia interfered in the events in the Caucasus and subsequently recognized the independence of S. Ossetia and Abkhazia.

A car bomb exploded in the capital of South Ossetia on October 3, killing 9 peacemakers, including the chief of the Russian peacemaking headquarters in South Ossetia, Colonel Ivan Petrik. Russian builders were attacked two days later, one of them was killed. Law-enforcement agencies said that Georgian special services were involved in the subversive activities.

The department for struggle against organized crime of the Eastern District of Moscow said that it had obtained information about the intention of The Patriots of Georgia radical group to conduct several terrorist attacks on the territory of the Russian Federation, including its capital, Moscow. The terrorists also plan to blow up apartment buildings in St. Petersburg and Sochi.

Journalists have not been able to find any mentioning of the mysterious organization titled The Patriots of Georgia. It is not ruled out that the group has been established recently after the events in the Caucasus in August of the current year.

It is not ruled out that the mysterious Patriots of Georgia may stand for the special services of Georgia, The Izvestia wrote. They intend to have suicide bombers involved in their terrorist acts. In addition, the terrorists plan to use a new method of attack in Moscow – shooting people in the city center.

Moscow’s Central Internal Affairs Directorate did not confirm the information about the supposed attacks, although it was said that large-scale anti-terrorist events were under way in the capital.