USA has no logic that Russia’s Putin has

The tense atmosphere with the deployment of the US missile defense system in Eastern Europe would have been removed if the sides had been following Russia’s logic, Russia’s Foreign Affairs Minister Sergei Lavrov said at a press conference at the UN. 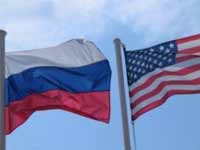 USA has no logic that Russia’s Putin has

“If one had been following our logic, which used to be set out by President Putin, then I am certain that the tense atmosphere around the issue would have been removed. The American partners did not go in that direction. We were only invited to join the USA’s estimations,” Lavrov said.

“One needs to solve problems together, one needs to sit down and analyze the situation and then decide what can be done next. The third stage involves joint efforts on the solution of a problem,” the head of the Russian diplomacy emphasized.

This logic can be applied to the situation in Iraq, Lavrov said. “When the USA and other members of the coalition addressed to the UN, we agreed to work within the framework of the Security Council. We stressed out the need to regulate the presence of US troops, but our estimations were ignored. We wanted the Iraqis to decide for themselves how they would like to build their life in the future, but it had not been done either. We urged to hold a conference for the national reconciliation, but it was ignored too. Two years had to pass for the Americans to acknowledge their mistake. If everyone had agreed back then, five years ago, all these problems would have been solved,” the Russian Foreign Minister said.

Lavrov also touched upon the state of affairs in Afghanistan. “The drug business is the biggest problem here. This problem needs to be solved collectively too. However, our appeals were rejected at this point. NATO does not want to cooperate with the Collective Security Treaty Organization, and I can see only the ideological motive here,” the minister said.

“One should not care for security of some to the detriment of others. It raises serious concerns with us since such actions did not work to prevent Georgia’s aggression against South Ossetia,” the minister said.

“The Georgian leaders had been arming the country for several years. It continued since 2004, when peacemakers stopped another aggression of Georgia against South Ossetia. The Georgians have received a lot of arms since then. Arms shipments to Georgia were made in violation of all agreements of the EU and the OSCE,” the minister said.

“The Russia-NATO Council was supposed to solve such problems and change the centrism logic of NATO. The council was set up so that every country could voice its opinion,” Lavrov said.

Russia does not intend to veto the prolongation of the term for the international forces to stay in Iraq. “We will support any variant, which the Iraqi administration chooses,” Lavrov said.