If Russia had not defended South Ossetia, it would have had a second strike on the Northern Caucasus, Vladimir Putin said at a recent session of Valdai discussion club. 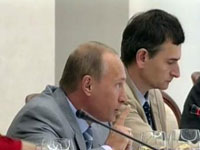 The prime minister of the Russian government said that certain non-governmental organizations in Russia were involved in a process to separate several republics from Russia if the latter had not defended South Ossetia.

“We have registered the establishment of non-governmental organizations in several republics of the Northern Caucasus, which, under the pretext of Russia’s inaction in South Ossetia, intended to make those republics pull out from the Russian Federation,” the prime minister said. “If Russia had not defended South Ossetia, it would have suffered a second blow, and the situation in the Northern Caucasus would have been destabilized,” Putin added.

Putin stated that it was the United States that pushed Georgia towards the aggression against South Ossetia.

“American partners have been preparing the Georgian armed forces, investing big money and sending numerous instructors there to mobilize the army. They simply pushed one of the conflict sides – the Georgian side – towards aggressive actions,” Putin said.

“Did you want us to wield a penknife there? What is considered the adequate use of force when they used tanks and heavy artillery against us? Were we supposed to shoot from a sling there? The Georgian troops would have a good blow in the mug – this is what they were supposed to expect,” Putin said.

Putin set out his surprise about the power of the Western propaganda machine exercised after Georgia’s invasion of South Ossetia.

“It was amazing. This is out of all notch, although it can go in,” the prime minister said.

Putin also said that Russia would not infringe upon the sovereignty of former Soviet republics because the nation has no imperial ambition. He also reminded that the USSR collapsed largely because of Russia’s initiative.

“If Russia had had no stance on the matter, the USSR would have been preserved,” the chairman of the Russian government said.