Russia's Ministry of Foreign Affairs spread an announcement that contained some harsh condemnation of the USA. The speech was an answer to the Secretary of State deputy Nicholas Burns’s statement concerning Russia’s position in Kosovo. 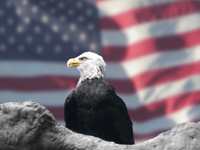 On Wednesday, while on FOX channel air, Burns claimed: “Russians stick to a rather cynical position about Kosovo. There are no Russian soldiers out there, and they do nothing to help people”. He added that Russia’s principled position on Kosovo gets in the way of Kosovo solving its contradictions. John McCain, a candidate for the Republican party nomination in the 2008 president election, also convicted Moscow on enkindling “intolerance and severe nationalism in Serbia”.

Burn’s statement caused some puzzlement among Russia’s diplomats. The statement aired today by the Ministry of Foreign Affairs says: “When claiming our position towards Kosovo cynical they didn’t suppose that cynical is the right word to describe the position of the USA itself. Isn’t it cynical to diminish Serbians and promise Belgrade euroatlantic perspectives in case of Serbia’s separation? Is America’s thesis about Kosovo’s unique case fair when it in fact gives one country the right for federal status and doesn’t give this prerogative to other countries?”

As to the representatives of Russian Ministry of Foreign Affairs, America’s position on Kosovo looks far less fair: the support of just Albanian side causes “disregard for law to maintain so-called “political practicability» and indifference towards 100 thousand Serbians that are literally forced in ghetto areas.

Meanwhile, Serbia’s authorities summed up the total of the massacre in the country’s capital. According to Serbian police, 192 participants of the massacre were arrested. The scuffle brought the results of 150 people injured, 90 shops crashed and buildings of 8 embassies of foreign countries seriously damaged.