Putin can not leave inflation-stricken Russia

Before the presidential election in March 2008, Vladimir Putin promised to raise the wages for Russian servicemen and budget-dependent employees. Experts say that it may boost the inflation rate even further, which already exceeds this year’s forecast almost twice. Inflation will thus remain the biggest problem of the Russian economy during the forthcoming several years. 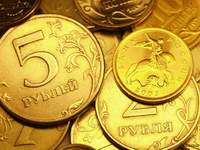 Putin can not leave inflation-stricken Russia

Having accepted Dmitry Medvedev’s proposal to chair the Russian government in 2008, Putin stated that he would keep his promise which he gave in April 2005 during his speech to the Federal Assembly. Putin promised almost three years ago to raise the income of budget-dependent employees and military men regardless of the price growth. “It goes about the required minimum. We have no right and we must not go lower than that,” Putin said in 2005. However, the inflation rate seriously affected Putin’s promises.

Making a speech at yesterday's congress of United Russia party in Moscow, Vladimir Putin offered to revise the budget 2008 to be able to raise the above-mentioned wages by 14 percent in February 2008.

The inflation rate continues to grow due to the considerable increase of the budget spending in 2007. The situation will most likely stay the same next year too. Both the party leadership and the government affirm, though, that the authorities will execute all social obligations.

Consumer prices continue to grow in Russia nationwide despite official statements. The growing world prices on food has already touched upon Russia this year. The situation may only exacerbate next year, when the prices will be set a flow again.