Schwarzenegger the murderer refuses to save life of Nobel nominee

Let nobody in the United States of America ever again cast any stones against any nation anywhere on Earth about human rights. Arnold Schwarzenegger, the Austrian he-man more famous for showing off his muscles and claiming on the big screen he isn't “violent” has just shown his true colours big-time. 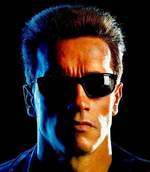 For Schwarzenegger, it did not matter that Stanley Williams was a changed man since his gangland days which saw him accused of four murders – which Williams always claimed he had never committed.

In prison, Stanley Williams used his pen as his weapon and wrote stories for children, encouraging them away from violence and the gangland culture, which earned him six nominations for the Nobel Peace Prize.

George Bush's redneck United States of America and Arnold Schwarzenegger's blackneck California is the only place in the world today where the writer of children's stories, a writer who had a bleak past but who made amends and became a changed man, could be executed after twenty minutes of torture – it took that time to insert the needle into his left arm.

Torture, of course, is nothing new to this country which stands at the center of the Axis of Evil which has seen tens of thousands of innocent civilians murdered in cold blood in two illegal wars, this Evil Empire which has seen the illegal invasion of a sovereign nation against the terms of the UN Charter.

After Abu Ghraib, after Baghram, after Guantanamo, and scores of other sites being unearthed as the cover-up is discovered, the callous attitude of Schwarzenegger in George Bush's United States of America will surprise nobody.

For those who never saw a Schwarzenegger movie but were curious to see one, maybe Arnie has given them a valid reason not to bother trying in future. The one man who could have made a difference was tortured and murdered – and Arnie did nothing to stop it.

What a callous, cruel, inhumane, inhuman, despicable act days before the time when families are coming together in peace and love.

Happy Christmas Arnold Schwarzenegger. I hope you feel happy when you are eating your turkey.