For many, AIDS is just a four-letter word

The decision by King Mswati III of Swaziland, to cancel a speech by Prime Minister Absolom Themba Dlamini on AIDS on World AIDS Day in Mbabane, is an example of what not to do. Hiding the disease causes ignorance which in turn causes the disease to spread. 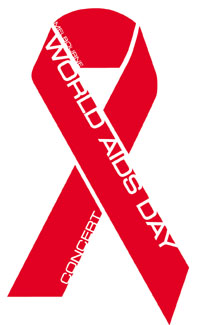 Swaziland unfortunately is an example for all the wrong reasons. Nearly 39% of the adult population is HIV positive and the rate rises to 56% for women in the 25 to 30 age bracket. However, the general trend today is openness and transparency, informing people about how AIDS is spread to prevent new cases.

Education by itself, presenting the facts, is not enough. What is needed is to ensure that attitudes change accordingly. Peter Piot, the Executive Director of UNAIDS, states that “investments made in HIV prevention break the cycle of new infections”.

However, such investments need to be tailored to the realities in the field. Telling people in certain areas of Africa that Abstinence is the way to not catch AIDS is a shocking reminder of the ignorance not in Africa, but in the western nations which propose a blanket ABC policy: Abstinence, Be faithful and Condom. Among those nations following this policy is the United States of America.

The AIDS pandemic however is too serious for political points – and the Bush administration's donations towards the AIDS effort are commendable.

All the world's nations need to make a concerted effort to bring the message to people not infected as to how AIDS is spread, and to set up programmes to provide ART programmes for those already infected. Today, being HIV positive is not a death sentence, given that ART (Anti Retro-Viral) therapy is available.

What is surprising is that twenty years after the appearance of the virus, the message has still not reached many people. For instance, there remain parts of Africa in which there is a widespread belief that having sex with a virgin (as young as possible) will protect a man against AIDS. There is also the need to break down the stigma attached to AIDS which makes people with the disease try to hide the fact and which in turn creates greater prevalence.

Telling people to abstain may work in some countries, but not all. Telling men to use condoms, and then having them available at a prohibitive also does not make sense. The way forward is honesty, openness and transparency, explaining that AIDS is not caught by magic and that it is wholly preventable. However, the nations of the world must provide the means for this approach to work in the field, in practical terms and if this means the richer nations helping the poorer ones, then they have a duty to do so to save lives.

The World Health Organization's 3 by 5 initiative aims to treat three million of the 40 million people infected by this virus with ART by the end of this year. Maybe it is a drop in the ocean but it is a start.

The Russian Federation has 340,000 registered cases and to date 7,500 people have died of the disease. Vadim Pokrovsky, the Director of the Federal AIDS Programme announced today that the government of the Russian Federation is to increase spending by ten to fifteen times, in prevention and treatment programmes.