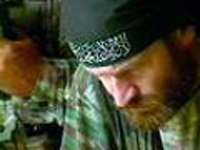 Where is the Chechen warlord, wanted for organising illegal armed groups, attempted murder, incidents involving murder, terrorism, hostage taking and armed robbery? The perpetrator of this considerable Curriculum Vitae sits comfortably in the United Kingdom, the country which deemed it reasonable to provide him with political asylum.

For nearly six years, precisely since 20th September 2001, the Russian authorities have been trying to secure the extradition of the Chechen criminal Akhmed Zakaev, wanted for practically every crime under the Sun. Yet since 7th December 2002, he has resided in London, where he enjoys life as a free citizen under political asylum, despite having been allegedly involved in the slaughter of hundreds of Russian citizens in numerous acts of terrorism practised with the utmost cruelty.

How, then can the UK be serious in an extradition request for Russian businessman Andrei Lugovoi, when the man wanted for soliciting persons to murder, three counts of murder, two counts of wounding with intent to occasion gbh, one count of false imprisonment, six counts of conspiring to commit murder and/or terrorism, wounding and hostage taking, sits confortably in London, whose authorities ignore and deride the Russian extradition order? And what did Andrei Lugovoi do, except to be in London around the time when rogue ex-agent Litvinenko was poisoned, and when the same poison was found at numerous locations where Lugovoi had never been?

Perhaps the British authorities would do well to start turning stones among the dregs of Russian society residing in London, the criminals and marginals cowering in their hiding holes provided and sheltered by the UK, and they might be surprised at what they find, not least links between Zakaev and Litvinenko.