A new approach to immigration

Fortress Europa is becoming the antithesis of its own projection of itself. The land of the free, with free movement of persons and goods? Or a xenophobic, racist collection of failed states with concentration camps to boot, to keep out the evil immigrants who want to grab the jobs? 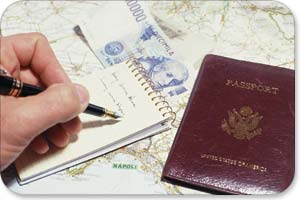 Rarely in Western Europe is a report or story on immigration not linked to violence or unemployment, the juxtaposition of facts on numbers of immigrants and crime rates and/or the number of unemployed people in the host nation being only too obvious.

Such manipulation of the facts, such a warped presentation of the truth, shapes people's minds and forms biased opinions. It is time for Fortress Europa to wake up to reality, face the facts and formulate a visionary and far-reaching policy, living up to the image it created of itself.

In a Europe with its citizens spending more time watching television than doing anything else, the birth rate is pitifully low in most cases, giving rise to ageing populations which tax the state more and more, the older they become and the longer they live. With an absence of home-grown stock to pay the social security bill, Europe needs immigrants. Period.

The more restrictive immigration policies are, the more appetising the visa becomes. Illegal immigration networks are formed, many of which exploit immigrants, stealing what little money they have or holding them in the nightmare of forced prostitution. Immigrants will continue to enter these countries so long as there is a market for their work, the difference being that with restrictive policies, many of these immigrants end up as illegal, living on the margins of society and not contributing to the national treasury. Restrictive measures are therefore counter-productive.

Maria, a Brazilian living in Paris

“I was run over by this drunken driver who did not stop. He just carried on. I was so terrified that I would be taken to a hospital, where they'd ask me for my documents, that I got up and managed to crawl home, where my friends took care of me.”

Marcus, a Nigerian living in Italy

“I am doing my doctorate at University and recently, there was a conference abroad. I was supposed to deliver a paper. But because I am from Nigeria, I needed a visa. I sent my passport and the money to the nearest Consulate of the destination country. They lost my passport. My Italian colleagues had to deliver my paper for me. I lost my money, and my passport and my student visa.”

Silvia, a Moldavian living in Spain

“I came here to work as a waitress. I thought maybe I'd study and I was promised good pay. The first thing they did was take my passport from me, then they forced me to work in a disgusting place with drunken men asking for sex. I was told if I did not go with them, they would kill my family.”

What does Fortress Europa give them? The first girl risks her own life because she's terrified she will be thrown out of the country, the Nigerian doctorate student is discriminated against just because he was born the wrong side of some invisible frontier and the last girl is terrified that if she runs away, both she and her family back home will be killed by the unscrupulous cowards who exist because of Fortress Europa.

Centuries of colonization by practically all the nations in continental western Europe, including the UK, prove that these countries are unable to live without emi- or immigration, the difference being that in the past the populations of these countries thought it proper to invade and ransack the resources of other countries, for hundreds of years and now that the tables have turned, they refuse to the peoples they dominated the same rights that they used to claim for themselves. Where are the morals and ethics in that?

Except that the European countries need the immigrants since by themselves, they do not have the capacity to maintain the structures they have built.

What Europe needs is to cease being Fortress Europa and to adopt a sensible stance, accepting that immigration is not a disease, implementing far-reaching strategies to welcome and assimilate the immigrant community, which includes looking after the welfare of the immigrant families and making sure the second generation does not feel marginalized.

Helping to develop the economies of the states bordering on the EU, such as Maghreb, will create buffer regions of wealth which in turn will create jobs for the local populations. If Turkey had been welcomed into the EU years ago, instead of being treated like a pariah, then the whole region around it, including Syria, Iraq and Iran, would have themselves been buffer states bordering on the EU, whose considerable resources could have been put to good use fighting against endemic poverty, which in turn can engender extremism and terrorism.

While there are jobs to be taken, the immigrants will come to take them – legally and inside the system, or illegally outside it.