The Decline of US Influence

From Latin America to Central Asia, from the Middle East to the Far East, it is clear that Washington has lost its clout, the inevitable outcome of a unilateral foreign policy which was bound to gain enemies and make no friends. 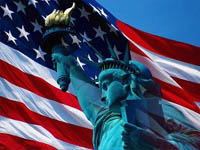 The Decline of US Influence

Washington’s influence in Latin America is today consigned to supporting reactionary regimes such as Uribe in Colombia and making important concessions to minnows like Uruguay in talks on the single market.

Washington was quick to jump the gun in Afghanistan, combatting the Taleban (which after all were the evolution of the Mujaheddin unleashed against the Soviet-backed socially progressive governments in Kabul) but five years on, the Taleban are resurgent everywhere, Hamid Karzai’s influence is restricted to Kabul, NATO is stretched and no nearer winning today than in 2001.

In the Middle East, Iraq has spiralled out of control and the State created and supported by the Ba’athst Government of President Saddam Hussein has collapsed, with nothing set in its place. Islamist fundamentalists and terrorists pour into the country, where the only contribution by Washington was the destruction of its infrastructures. Three years on, Washington and her allies are in a quagmire with hails of criticism growing by the day. Contrary to claims that violence is decreasing, PRAVDA.Ru sources in Iraq affirm that this is simply not true, as we will report later in the week.

Washington’s handling of the recent Lebanon crisis was also disastrous, for failing to condemn Israeli war crimes against civilians in Lebanon. If people were to strafe funeral processions in the USA, the Press would have a field day but according to Washington, or so it appears, Israel can do as it pleases, when it pleases, so long as the Jewish lobby is satisfied back in the US of A.

The DPR Korea has shown the rest of the world that it can do as it pleases and no amount of pressure from Beijing or Washington has any influence on Pyongyang. Three years ago, Washington could launch an attack (albeit illegally) against Iraq without considering the consequences. Today, Washington has to look on aghast as Iran builds its nuclear capacity in defience of its warnings and Pyongyang performs an underground nuclear explosion.

This weekend, Washington’s failure to forge a common front among the 5+1 group negotiating with Iran was another telling reminder that its pursual of a unilateral foreign policy has driven a wedge between the USA and the rest of the world. More and more, there is a common consensus that what Washington wants must be undesirable.

If Washington had not disregarded the UNO in 2003, if Washington had spent more energies in following through with policy such as PEPFAR and the good work done by USAID in developing countries, it would be perceived as a friend and not a foe. Yet to achieve this it would be necessary for some enlightened leadership and this, the Bush regime cannot provide.