Iraq: Unstable, dangerous and out of control

The good news this week in Iraq was that a new government was formed which was acceptable to all – the Sunni, the Kurds and the various factions of the Shia, secularists and religious fanatics alike. The bad news is that the authority of the government, as in Afghanistan, is restricted to the main cities. 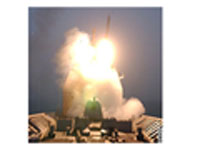 Iraq: Unstable, dangerous and out of control

The plight of Iraq’s vice-President, Tariq al-Hashemi, is a telling example of the chaos into which the country has descended – two weeks after one of his brothers was shot dead, his sister was murdered yesterday in a drive-by shooting – proof that those who want to take advantage of a country which was destabilised by Washington’s murderous and illegal campaign can strike as, when and where they like with impunity.

The measures taken by the authorities are desperate – almost 30.000 people detained and half of these illegally, according to a UN watchdog. Yet the reality for the man on the street is a nightmare.

George Bush preached Freedom and Democracy when he bypassed the UN Security Council to launch his shock and awe campaign, winning hearts and minds by destroying the infrastructures of the country with military equipment before rebuilding contracts were handed out to friends and companions. Yet what was taken away from the people of Iraq was precisely their Freedom.

Under Saddam Hussein, only the most noticeable political activists had problems with the authorities. Today, women are not free to walk out of their houses without wearing veils, women who do so can be decapitated by the roadside, husbands are allowed to beat their wives under Iraqi law, people are not free to queue up to buy a loaf of bread or to venture into a marketplace.

The point is not whether Iraq now faces a brighter tomorrow with its new government – although everyone in the international community wishes the country and its people well – the point is why this situation came about in the first place, who was to blame and why they are not in a proper court of law being tried for mass murder.

Talk of Saddam Hussein signing 148 death warrants pales into insignificance when compared with George Bush’s 152 as governor of Texas and the tens of thousands butchered or tortured by the forces of which he is Commander-in-Chief.

The UNSC exists for a reason and those who signed the UN Charter know that the resort to any use of force is always subject to a separate resolution – hence all the energies spent in obtaining one. George Bush’s Washington decided to deride international law and set about altering the Middle East jigsaw based upon caprice and whim. Yet the irony is that the ones who suffer continue to be the people of Iraq.

Rather than congratulate itself upon minor successes, Washington should be utterly ashamed of what it has done.