War as business of scavengers

Media must cover the above atrocities because they are an important part of information field, and the public has a right to be aware of them 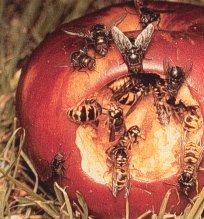 One of the most impressive plays with a strong anti-war message is penned by Bertolt Brecht. It is called “Mamma Courage and Her Children.” It deals with those petty characters who take advantage of nearby hostilities. In other words, they feed on carrion.

It is understood that media must cover the above atrocities. They are an important part of information field and the public has a right to be aware of them. You can write about it and hate the subject at the same time. It is a different story when you do business by using any news relating to the subject. In the name of hate and money.

NTV channel went through dramatic changes during the reign of Evgeni Kiselev. A few really good reporters under his command eventually turned into the traders of carrion due to Mr. Kiselev and his henchmen.

It is quite clear that the issue of Chechnya has always been a political issue partly created by the Russian oligarchs. We can recall a fairly good relationship between Boris Berezovski and the leaders of Chechen rebels to that effect.

The NTV correspondents always happened to be in the know of what was going to happen during the first Chechen conflict. But objectivity of the coverage was out of the question. At most cases they would report on yet another ultimatum of the rebels, another military success of the rebels, another day in life of a Chechen warlord and so on. In other words, they rendered their information services to those who paid them. To those who also financed Dudaev, Maskhadov, Raduev etc.

The above example refers to the Russian media. The Western media has examples of its own. Take a look at Antiwar.com. It is, in fact, the most flagrant example of carrion business with regard to any act of war anywhere in the word. Any piece of news on an armed conflict, not necessarily a true story, will be promptly spotted by that site. They will probably put a link to the report. All because of one Justin Raimondo, who badly needs a frame for his thoughts. Mr. Raimondo can only generate one article a week but a web site requires filling on a daily basis to ensure a number of clicks. So how can he find the content? By inserting links to similar subjects posted on other sites. In actuality, the above site is a blog despite the efforts of its owner to promote it as some unique media tool. Mr. Raimondo is a certified scandalmonger. He holds the spotlight again. He is beginning to stir up things just like he did before.

It is noteworthy that the website's initial affirmations start with lies. Visiting the page of the history of the site, one can see that Antiwar was virtually created in 1995. WayBackMachine, however, tells something different: first messages were posted on the site only three years later than that. That is quite a revealing feature of Antiwar makers.

I know the above site from the inside since Pravda.Ru got itself into rather ill-fated cooperation with Antiwar.com four years ago. One Eric Garris was sending one or two articles to our English editorial staff every day for publication with a usual request to provide a hyperlink to that site. They apparently wanted to give a boost to their citing index by using our site whose citing index was much higher.

Many visitors of Antiwar.com reported at the time that they discovered the site only after reading about it in Pravda.Ru. Some of the authors with Antiwar.com stopped by our office when they were visiting Moscow. They told us that their articles posted on Pravda.Ru made them popular. Some time later we ran into disagreement with Antiwar.com after we noticed in their articles a clear-cut stance favoring one side of an armed conflict. Besides, in a sudden frenzy Mr. Raimondo started to demand that we change our editorial policy in respect of some fundamental issues.

As our one-sided friendship was drawing to an end, we were utterly surprised to learn from an article by Mr. Raimondo that the copyright law in Russia was missing and we were allegedly “stealing” his articles. We sent him a letter to remind him of articles which were sent to us by the staff of Antiwar.com with a request to help, but that letter did not seem to have effect. However, Mr. Raimondo scratched the slanderous allegations from his article after receiving the letter.

Pravda.Ru ceased cooperation with the website, as well as with two American citizens, whose materials started being published on Pravda.Ru's pages simultaneously with Mr. Raimondo's articles. Like Mr. Raimondo, the two Americans hated their country. After the executive editor was fired, we had to spend a lot of time unsubscribing from a variety of anti-American and anti-Jewish mailing lists . The cooperation with Justin Cowgill and Bill White is apparently one of the most shameful pages in the history of Pravda.Ru. Nevertheless, a fact remains a fact: the cooperation with Antiwar.com was launched when they started working with us. Mr. Raimondo's true reason of work on the so-called antiwar front is most likely about his common views with Bill White and David Duke. In this case, however, Raimondo hits the American society from another side.

Three years passed by. We established cooperation with some of the authors who have web sites of their own and occasionally write for Antiwar.com. Those guys actually offered their services to us, they visited our office. Now Mr. Raimondo is apparently suffering from another fit of publicity deficit disorder. He is producing fresh speculations about the events of 2001 when Pravda.Ru was receiving 1-2 articles from Eric Garris for subsequent re-publication on its own site.

Vultures feed on carrion. They make a living or career by taking advantage of those who suffer from the effects of war and other disasters. They are ready to go ahead with their insidious plans. I wonder if they know about the ending of that famous play by Bertolt Brecht.