The Hague tries to conceal reasons of Slobodan Milosevic's death

Why did the International Penal Court at The Hague keep the story silent? Why were Milosevic’s human rights denied him? 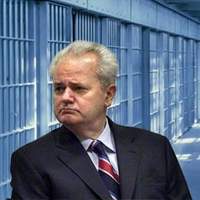 The Hague tries to conceal reasons of Slobodan Milosevic's death

The ex-President of Serbia, Slobodan Milosevic, was found dead in his cell at the IPC complex in Scheveningen, The Hague, early this morning, yet it was Belgrade which broke the news, on B92 Radio, not the IPC authorities. Why the silence?

Mr. Milosevic was found lying dead on his bed by a guard at the IPC detention centre, where he was taken after being illegally kidnapped by NATO forces in 2001 and where upon arrival, his prosecutor, Carla del Ponte, declared he was guilty even before the trial had begun. This act of kidnapping was outside any forum of international law and contravened the law of Serbia and the Federal State of Yugoslavia in force at the time of the kidnapping. The question of the kidnap and the illegal detention at the Hague has never been addressed by the international community.

Slobodan Milosevic, 64, had had his request for medical treatment in Russia turned down by the IPC, although the doctors in the Netherlands were incapable of helping him in his condition - high blood pressure and heart problems. Why were his human rights denied him?

In the midst of his defence, after Carla del Ponte’s inept attempt at prosecution (many of her key witnesses turned out to be liars) Slobodan Milosevic was about to call some resounding names in international circles to the stand. Now, they will not have to go. How very convenient the “death” of Slobodan Milosevic is.

With the “disappearance” of an important witness in Milosevic’s trial, Milan Babic, through suicide, less than a week ago, the Hague detention centre could rightly be called Death Row and is evidently unfil to detain and protect prisoners.

Slobodan Milosevic was born in Pozarevac, Serbia, in 1941 and graduated as a lawyer in Belgrade. He worked in the State Gas Enterprise, Technogas, rising to be its General Manager and then became President of Beogradska Banka, before entering politics, rising to be the Head of the Belgrade, Serbian and Yugoslav Communist Parties. He was later a founding member of the Socialist Party of Serbia.

Democratically elected at President of Serbia, the country’s first democratic elections since the war, in 1989, he was re-elected in 1992 and 1997.

Caught up in the chaos during the implosion of Yugoslavia in the 1990s, due to the interference and direct intrusion of foreign powers and forces, Slobodan Milosevic will be remembered for his attempt to free his country of international terrorists, the Al-Qaeda-backed KLA and also for making the Dayton Peace Accord viable in Bosnia.

Forced from power during an illegal popular uprising on 5th October 2000, he was arrested on 1st April the following year without any formal charges having been brought, before being kidnapped and held illegally in The Hague, since when he has been successfully defending himself against Carla del Ponte’s prosecution team, whose main mission is to keep the pressure on one side while exonerating the true culprits for the Balkans mess, NATO and the Western powers, from their responsibility to stand trial.

Accused of a number of counts of crimes, it no longer matters what because under any norms of law in any civilised society, a person is deemed innocent until he is proven guilty. Carla del Ponte failed rotundly in her attempt to violate the legal profession and put Slobodan Milosevic behind bars after a conviction. The last laugh, and triumph, is his.