United Nations urges international community not to be complacent

The UNO has warned the international community that the outbreak of bird flu in Asia could worsen unless effective strategies are put into place in good time, according to the latest UN assessment report issued this week. 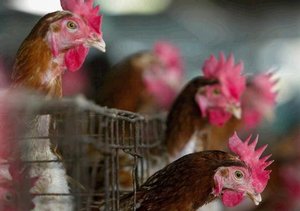 The FAO and World Animal Health Organization issued a joint declaration stating that the poorest countries in the region must receive help from the international community “to intensify precautionary measures and to contain the risks associated with the disease.”

The recent cases among human beings in Vietnam and Thailand prove that the disease has taken a foothold in Eastern Asia. However, according to the report, “Avian influenza is an ongoing emergency disease that spreads across borders” and progress can only be made if the level of international aid is increased. If it is not, the message is clear that Bird Flu, or its more deadly strain H5N1, may no longer be endemic in Asia.

Almost all of the victims in recent years have been infected through direct contact with infected birds. The first recorded cases were in Hong Kong in 1997, when 18 people were infected and 6 died, since when there have been cases reported in Cambodia, China, the Republic of Korea, Laos, Thailand and Vietnam. In the last twelve months, over 40 people have died from the disease and in the last month, 9 of Vietnam's reported 12 cases have proven fatal.

It is imperative that the movement of poultry into the tsunami disaster relief regions is controlled strictly, claims the UNO, so as to lessen the threat of spreading the disease over a larger area.

As the United Nations claims, there is no cause for complacency because what is today seen as a virus endemic to a restricted region could easily become a pandemic of catastrophic proportions, such as Spanish Flu after the First World War, which claimed between 20 and 30 million lives.