The risk that haunts the great powers: the ghost of rebellions

The risk that haunts the great powers: the ghost of rebellions 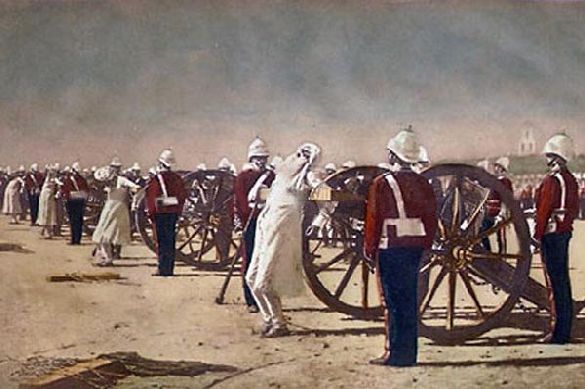 Long before Donald Trump was elected, the United States, in instituting the war on terror, practically tore apart the fantasy of liberal cosmopolitanism

In a recent article published in the American magazine Foreign Affairs, Christorpher Layne, professor of international relations at the University of Texas, defends the thesis that a hegemonic war between the United States and China, if tensions escalate at the current pace, is not unlikely.

In his article The Return of Great-Power War, the author argues that the intensification of geopolitical competition between the two powers, despite the prevailing view in academic circles, would have explosive potential if we analyze the scenario in the light of history.

In this sense, the majority view argues that the economic interdependence between the two countries would be a factor in reducing the risk of an eventual conflict. As Professor Layne reminds us, if we return to history we would see similarities between the current situation and that which preceded the first great world war.

It is even worth emphasizing that in economic terms, as well as the United States and China, the United Kingdom and Germany maintained very close ties, and there was, therefore, also an interdependence between the two powers at the time.

Something, however, that the author may be mistaken is the idea that the so-called liberal international order led by the United States would be a factor in curbing Chinese pretensions and the so-called "revisionist powers" to destabilize the preservation of peace, maintained through the multilateral institutions created in the postwar period.

This would make sense in the idealized world of Atlanticist analysis, where the rise of new actors had never occurred, and American unipolar hegemony was undeniable.

The so-called liberal international order has been systematically dismantled by its own creators: the United States of America.

Long before Donald Trump was elected - after the September 11, 2001 attacks - the United States, in instituting the war on terror, practically tore apart the fantasy of liberal cosmopolitanism and assumed itself as an imperial power, arrogating itself with the right to intervene in any scenario and against anyone who posed a supposed, generic terrorist threat.

Little is said about this in Atlanticist circles, but the global instability that this irresponsible attitude generated was most likely one of the reasons why such revisionist actors took themselves seriously to project themselves autonomously into the interstate system.

In particular, Russia, which - being harassed by NATO's enlargement towards its borders - since 2008, in the war in Georgia, has given a demonstration of warlike power that has not been seen for some time.

In fact, the concrete rise of emerging powers is the reason why - and contrary to what Professor Layne maintains - the United States would be undermining the multilateral institutions it once supported.

Acting in an imperial manner

This attitude has led them to act in a truculent and imperial manner, even against their traditional and historical European allies, which denotes the dysfunctional character of the Trump administration for the United States' own internal system, that is, the figure of Trump would have driven a radicalization of this new American strategy.

But paradoxically, while in rhetorical terms Donald Trump made this new strategy clearer, in practice his erratic figure became a serious factor in the internal destabilization of the American system, and thus his permanence became seen as a threat to the establishment of the United States.

Thus the election of Joe Biden would serve as a factor in the recomposition of the establishment in the face of a weakened hegemon who loses more and more global influence.

The moment is grave, and the lack of a concrete response to a vaccine, combined with the surprising resurgence of the virus in Europe, shed light on the depth of the crisis and the risk that silently haunts the minds of world leaders: the ghost of rebellions.

According to the Italian newspaper La Repubblica, "Those who have spoken with Premier Giuseppe Conte describe him impressed by the images of street protests.

As the virus advances again over Italy, the government's popularity drops sharply.

For historical and geographical reasons Europe is still considered the sounding board of the world, and social dissatisfaction on the continent with the new measures to contain the virus is visible among workers and small businesses, desperate with the ghost of unemployment and bankruptcy.

According to unsuspected IMF researchers Tahsin Saadi Sedik and Rui Xu, "in the years following the pandemics, the countries most affected saw an increase in social unrest. Based on this historical trend, the Covid-19 pandemic may pose a threat to the social fabric in many countries. When inequality is high, the pandemic can fuel social unrest".

Such a situation could lead to another risk already witnessed along the so-called first wave: the increase of military escalation.

In recent times, one of Brazil's greatest thinkers, UFRJ professor José Luís Fiori, has been defending the thesis that the current hegemonic power, the United States, when threatened by emerging powers, would have chosen to destroy the Bretton Woods system and go for an all-militaristic valley against its rivals.

What at first could be interpreted as a demonstration of weakness, or a proof that the hegemon would be in decline, in fact, according to Fiori, reinforces the hypothesis that every hegemonic power tends to expand uninterruptedly in order to remain in the leadership of the system, but when threatened, if necessary, it is capable of destroying the system it itself created in order to stay ahead.

Internal pressure from the pandemic

Against this backdrop, and as has been happening in Europe, the internal pressure that the pandemic has generated in American society could most likely trigger a reaction from the new democratic government to the outside; that instead of being mere aggressive rhetoric - as has been happening with Trump - could result in some new theater of war, both in the Middle East and next door in Venezuela.

One thing is certain: the industrial-military complex is thirsting for a new war to call its own, and with the democrats back in power, everything gets easier.

The longer a solution to contain the virus takes, the more social dissatisfaction will spread due to the economic collapse generated by the delay.

As in other times when systemic impasses have occurred, it is not difficult to remember the escalation of interstate conflict at the beginning of the 20th century - with antagonistic protagonists the United Kingdom and Germany - which soon deepened into widespread systemic chaos; then descended into popular rebellions.

Fabio Reis Vianna, lives in Rio de Janeiro, is a bachelor of laws (LL.B), MA student in International Relations at the University of Évora (Portugal), writer and geopolitical analyst. He currently maintains a column on international politics at the centennial Brazilian newspaper Monitor Mercantil.