America: The rise of the Fourth Reich

America:  The rise of the Fourth Reich 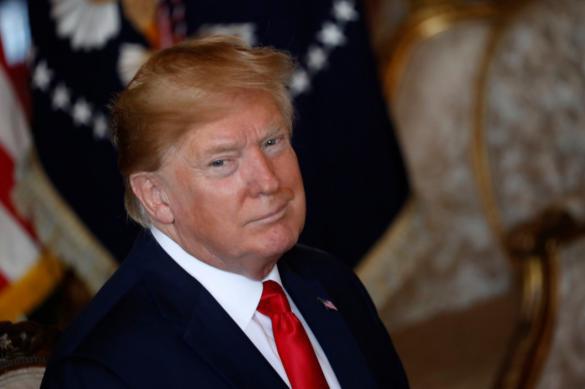 Ever since Donald J. Trump decided to run for president, I have been endeavoring to warn about the threat this monster poses not just to American democracy, but to the very survival of the world.  In articles like America's Descent Into Fascism (November 14, 2016); Six Reasons Donald J. Trump is the Anti-Christ (January 8, 2020); Trump: American Terrorist (June 2, 2020); America's Choice: Freedom or Fascism (June 6, 2020), and numerous others, I was hoping Americans would see and recognize the unmitigated evil they were unleashing, and the danger they placed their nation in by giving power to a mendacious, racist, megalomaniacal, deranged sociopath.

Today, Americans no longer have the choice between freedom and fascism.  Fascism has won.  It won because some equally sociopathic people believed they could reap social, financial, and/or political rewards by indulging Trump.  Others thought they could appease him, like the corrupt and cowardly Republican Senators who had the opportunity to remove him from office, but instead quixotically thought Trump would "learn" from his impeachment and behave himself.

But Fuhrer Trump instead remembered how his idol, Adolf Hitler, viewed appeasement as a sign of weakness and an invitation to seize more authority, become more kleptocratic, more autocratic, and more contemptuous of any system or institution that stands in the way of absolute power.

Now there is no turning back.  Trump has proudly sent, and is proudly planning to send, his Allgemeine SS and his Gestapo into major cities across America, allegedly to restore "law and order."

"Law and order" that actually means "ignore the law and restore the order," and the formula to achieve this is simple.  Let your goose-steppers escalate and escalate and escalate tensions and violence until the figurative "burning of the Reichstag" is achieved.  Then civil liberties and constitutional law can be suspended, martial law can be imposed, and, more importantly for Trump, he can use the violence he created as an excuse to postpone, or refuse to recognize the results of, the 2020 election.

Of course, just as the Reichstag fire had its communist bogeyman to blame, Trump is endeavoring to blame the unleashing of his SS and Gestapo on "antifa."  Ironically, "antifa" means "anti-fascist," which also means that by using fascist techniques against members of this group, Trump is proving they were right about him all along.

And let's not forget that most of the cities Trump is seeking to unleash his goose-steppers on are run, in Trump's mind, by "liberal" mayors who oppose him-meaning that the pretext of "law and order" in the Trumpian dystopia, and the violence he is willing to use to achieve it, does not apply to white supremacists, neo-nazis, confederate flag wavers, and other assorted right-wingers.  After all, they will be needed to protect and support Trump once he declares himself "dictator for life."

Yes, there are some rumblings about "investigations," and lawsuits have been filed against Trump's abuses.  But it's too little too late.  History has taught this lesson time and again, yet nobody seems capable of learning it-you can't constrain a person who lacks a soul, lacks a conscience, lacks compassion for fellow human beings, and lacks even the most rudimentary understanding of "right and wrong."

The tragedy is, if Trump thought about anybody other than Trump, all of his fascist techniques could have been easily avoided, by simply acknowledging the fact that there are racial injustices inherent in America's legal system and in American society, and that reforms are needed.

But instead, like a true sociopath, Trump exploits these injustices to further spread the disease of hate, racism, and divisiveness, because, to him, human lives (and this includes even the lives of those who support him) are disposable pieces of garbage to be discarded when they no longer serve his needs.

Trump now has everything in place to create the Fourth Reich-a stacked judiciary, including a corrupt Supreme Court that feigns "nobody is above the law" while incessantly creating loopholes to allow Trump to get away with his lawlessness; an equally corrupt and cowed Congress unwilling to check his madness; a fraudulent Attorney General who places his allegiance to Trump above the nation and uses the power of his office solely to attack and silence Trump's enemies; and, as we have seen in Portland, a plethora of federal agents more than willing to ignore the Constitution and swear loyalty oaths to Fuhrer Trump.

Goodbye America.  Perhaps the death of your democracy was inevitable.  After all, a nation built on slavery and on lands stolen from Native-Americans, a land that allowed the abuses of "Jim Crow," a land where, to this day, appeals to racism and hatred are accepted political tactics probably did not have much chance to survive in the first place.

So, all hail Fuhrer Trump, the glorious architect of the Fourth Reich.  Because, if you don't, his SS and Gestapo may soon pay a visit to your town too.