2020: The Big Picture and the small picture

2020: The Big Picture and the small picture 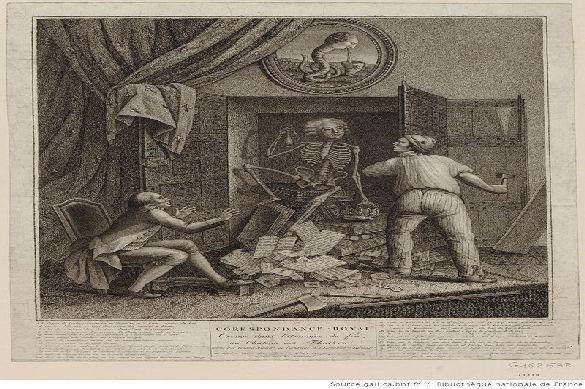 The way in which we are led to view the world by a sinister media campaign makes us unaware of the Big Picture. Let us use the Trump/Biden fight as an example.

Most of us do not analyze media campaigns and television news shows from around the world in different languages and so we have only one national source of information, from which we choose one channel or another and find out if we zap over that the "other" side has exactly the same news at more or less the same time, often at exactly the same time.

So we would expect those with the possibility to view multiple channels from multiple countries as being the lucky ones with access to different points of view and different platforms for opinion. Well, I am one of those and I view, daily, news from Brazil and Portugal, from Spain, France, the UK, USA, Cuba, Russia, China, Germany, Australia and India. The Chinese source I view in English. With the exception of China, Russia and Cuba, the news bulletins are basically the same, so I am no better off than everyone else who views the news from one national source, apart from the news from China, Russia and Cuba which as a rule, provides news.,

After Covid statistics about the number of "infected" and "dead" you get riots in the USA and its spin-off, the UK, with thousands of people in a restricted space wearing masks on their chins as they explode out of quarantine in a sea of pent-up frustration. We are not going into the reason why these riots happened, we are examining the media shows.

Then finally you will get three minutes of utter stupidity showing how people coped with lockdown, prancing around in front of a mirror dancing with themselves with stupid expressions on their faces or else telling us they "wake up, sleep, eat" in that order, as if they ate before they woke up.

In short, they present us with part of the story and then a blanket "oooh-ahhh" piece to make us feel comfortable and cosy while they spend billions of dollars on provocative NATO exercises in the Baltic and billions of dollars on submarines. These stoies do not reach the newspapers because they are not news. Everyone knows these activities go on, everyone knows they are controlled by a foreign power, NATO... and everyone turns a blind eye as to what they get up to.

Strafing fields of cereals in Iraq in the past. Today, Syria. Targeting the Gaddafy grandchildren and calling them "legitimate targets", strafing the Libyan water supply and electricity grid, using terrorists in Syria for policy-making, lying about chemical weapons attacks (as if it wasn't obvious who really perpetrated the attacks because they came from terrorist-held areas and the images of screaming children were at best iffy).

So if you can convince a duped and gullible population that bullshit is news, you can get away with murder. Literally. How many British citizens know that their government deported the entire population of the Chagos Isles, and gassed their pets, I repeat, and gassed their pets, before handing them over to the United States of America, their bedmaster? I say, served them right eh whatty what what?

And now for the crux of the matter, populations are duped and gullible because they have been led to view nations and peoples from a stereotypical perspective. Let us see how Trump and Biden are world-viewed. Trump is seen as the epitome of the world-view stereotype of the American People. Stupid. Trumpisms abound. "Mrs. Ma,y is the UK a nuclear power?" Fast food guzzlers. Ignorant.

"Hey guys I went to this Spanish joint and I ended up with ice cream all over my pants!"

This is the slant presented by mainstream western media outlets (it matters not which in particular), meaning that the other side of the coin (Biden) is hunky-dory, rosy and kosher. Google up Biden and Ukraine, google up Biden and comments on Russia, remember that Biden was in cahoorts with Clinton (female) and Obomber and see how many skeletons fall out of his closet.

So if entire populations are brought up to react to nationality stereotypes, how balanced are the perceptions of reality?

In the forthcoming US election, people will have to choose between what Trump is, because now we know what he is... and what Biden says he is, but looking back four years, the reality Biden hides behind the scenes. My prognosis is Trump is more of the same, i.e. America first (do not judge him on Covid-19, this is not socio-economics, it is a global pandemic) and Biden, the war lobby, confrontation, more belligerence, more money wasted on wars, conflict and pandering for the Establishment. And what other skeletons does Biden have in his closet, as if we all did not know?

Since Obomber took over, the Democrats have been hijacked.