The Covid-19 honeymoon, common sense and the post-Covid world

The Covid-19 honeymoon, common sense and the post-Covid world 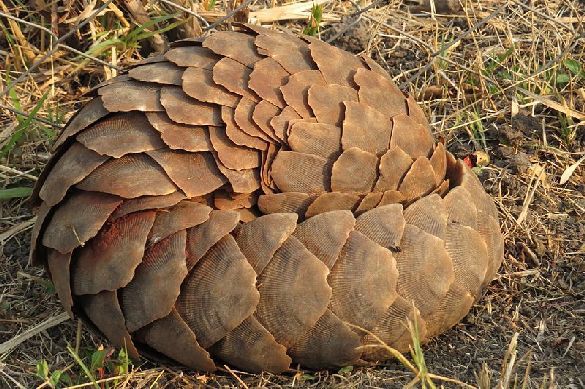 Covid-19 is a leveller which puts us all on the same level, in the same boat, at the same risk and will have the same consequences for all of us.

Covid-19 is without any doubt one of the biggest challenges any of us have faced in our lifetimes, if not the very greatest. It is an unseen foe which can claim the lives of our grandchildren, children, siblings, spouses, parents or grandparents within a few days. This is not a time for complacency, for stupidity or for in-fighting, it is a time for us to listen and read more than we speak and write, to heed the advice of the experts, to use common sense and to pull together as a world community. It is a pity that it takes something like this, which has destroyed countless families across the globe, to make us realize this.

It did not happen with Influenza A H1N1 in 2009-2010 because the mortality rate was 0.2 per cent but we were lucky. The health authorities warned us to be vigilant, and did not impose travel or trade restrictions until it became a pandemic. It did not happen with Ebola Virus Disease (2013-2016) because it did not internationalize itself, fortunately, because it had a mortality rate of some 50 per cent. The policy was the same. Covid-19 has a mortality rate of 3.4 per cent, higher in some areas, much lower in others. But the policy was the same.

So with something that has a mortality rate thirty times higher than the "common flu" strains among us every rainy or winter season, the damage has been done. Ask families in Lombardy, and in a lot of other places. So next time around, hopefully we will have learnt our lesson and as soon as some anomaly is reported, we should impose a strict travel ban into and out of the area, region, country where infections appear. For those who ask questions about the cost to air companies, well look at the air industry now. And while there is money for submarines... I have been saying this for over a decade and by early January was predicting exactly what has happened and no, I do not have any medical expertise in virology. It's called common sense, something which appears to have disappeared with the advent of the digital age.

Because next time around, suppose something like Covid-19 had the mortality rate of MERS (a close cousin), namely 34 per cent?

The second great lesson is that trade in wild animals, parts of wild animals, meat from wild animals, brings with it precisely these risks. Scientific knowledge is still at a very rudimentary stage, we do not know where the virus reservoirs are, we do not know what they hold. Perhaps something far worse than Covid-19 is lurking in the Amazon, in Papua New Guinea, in Africa, beneath the Ocean. Small-scale business interests belonging to interested groups of criminal companies, hiding under the umbrellas of populist idiots in the international community, elected as Presidents, who know nothing but pose as experts, are all dangerous public enemies. Some advocate business as usual, a callous disregard for the lives of hundreds of thousands or millions of elderly citizens, others claim that the virus is a minor illness like a common cold. For many, it is. For others, it is not.

So the world cannot stand back and shrug its shoulders as orang-utangs fall scorched to their deaths in forest fires in Indonesia because someone wants to plant a forest which will deliver palm oil, we cannot stand back as forests in central Africa are felled to provide arable lands or cattle ranches, we cannot stand back as Bolsonaro's government does apparently nothing to stop illegal miners exterminating indigenous people in the Amazon, stealing their lands and plundering the resources. And yes it is happening and yes the main targets are the kids, so they won't grow up!

The third lesson is, does it make sense to massacre indigenous people to steal their lands, does it make sense to look at each other down the barrel of a gun, does it make sense to "hate" any race, colour or creed when all of us are now in the same boat? The answer is no, it never made sense and it doesn't make sense now. As I have been saying for decades, development - yes; deployment of troops, no. Sharing resources, education, multiculturalism, sharing cultures and traditions and languages and religions. Celebrating difference rather than deriding it.

Social effects and the Covid honeymoon

By now families holed up in apartments with six kids creaming up the walls, followed by the dog and the cat, and the canary, will be at breaking point. Mrs. Smith will have discovered that Mr. Smith is a closet "sissy"; Mr. Smith will have discovered that Mrs. Smith's great friend Paula is in fact Paul, the one who gives her that special perfume. Divorce lawyers may be rubbing their hands in glee but families will be facing the consequences of being thrown together suddenly for weeks or more probably, months on end. Until the second week of July at least.

Social space is what the authorities ask for but it is the opposite in the family home. He is wondering how to go about his usual routine, she is checking his cell phone and glowering at his computer screen the second he logs on, all the family crowded around the dining table in a dingy and cramped space.

The choice is to live with daily explosions and the corresponding wear and tear on the relationship or, once again, to use common sense and not violate personal space, which includes the person and the computer screen and the tablet and the cell phone. Leave it alone, it isn't yours. Like, mind your own business. It's called...common sense. Treat this thing like second honeymoon.

The worst case I have heard so far was some bastard of a landlord saying that tenants who do not pay their rent should be summarily evicted and the government should pay for their accommodation in hotels. Hopefully, his tenants will not catch coronavirus Covid-19, will live comfortably in hotels with all expenses paid, including drinks, and the landlord will live in misery without a cent from his rented properties for years to come. Karma is such a bitch.

A lot will depend on common sense, on the patience and intelligence of landlords to cut some slack and write off a proportion of their income, in exchange for some kind of income later on. A lot will depend on banks doing the same with mortgages. In some societies, in some countries, this is already enshrined in law, employers being given incentives not to fire employees, landlords and banks not being allowed to evict those unfortunate enough to be unable to pay their rent/mortgages. In other less civilized countries, it appears that people are looking over their shoulders wondering whether they will end up on the street. Now we see the difference between a State and a state of affairs in which the haves have and the have nots do not have, in fact, any rights. These are not countries, they are a type of modern-day mediaval society in which the concept of mutualism ceases to exist. And these are the countries which like to dictate their values to others.

Obviously, in a social system in which the State controls the means of production, paying for outsourced resources does not happen. The State produces the ventilators, controls the distribution chains, controls the chains of human to human transmission of the virus and in a few weeks, has the thing under control. All the State pays is salaries. Watch the People's Republic of China. Watch Cuba, a giant on the international stage in the area of medical science, which has started mass production of an anti-viral drug in China, an initiative which the Western media is ignoring because it knows the Western governments would far rather millions of people died waiting for their lethargic systems to produce "the drug" and make a mint out of it than admit that two Communist countries are streets ahead of everyone else at the moment.

Ask the families of those on ventilators whether they would prefer their loved ones to survive or to die. Now offer them the treatment produced by Cuba and China. Nah, it won't happen, will it? Sorry your husband died Mrs. Smith, well he was a closet sissy anyway wasn't he? Like he'd have gotten AIDS sooner or later... and your son as well. Oh your daughter too, was it? Ah well never mind we'll keep you safe by investing billions in weapons systems to murder people overseas, bombing Moslems and building nuclear submarines. We also have this plan to subvert society in Venezuela using terrorists.

Common sense. Wash your hands for one minute in hot water and soap, do not touch the points of entry, namely eyes, nose and mouth and broken skin, go out shopping with a mask and avoid any form of human contact, disinfect all surfaces at home with bleach or alcohol over 70 degrees, gargle with hot water and salt, regularly.

Common sense. Create some physical and emotional space at home. Remember that the main objective here is to protect the family/friends/community. Play board games, learn a language, create a white board for kids to make collages and use this as an opportunity to develop your work online through videoconference platforms.

Common sense. It is not the fault of the cleaning lady that she is unable to work. Pay her anyway for the work she has done before. Ditto the people who are out of work because the tourism sector has collapsed. Don't charge them their rent, help them learn English, or Spanish or whatever, to retrain. Don't look at your own navel, Karma is a bitch.

Common sense. Next time around, isolate. From day #1.

Common sense. Do not destroy habitats, do not eat wild animals, do not trade in wild animals. Mother Nature will always be more than a greedy few.

Am I asking too much of humankind? Does anyone have common sense? Is there intelligent life out there? Can someone please step forward with a global policy?