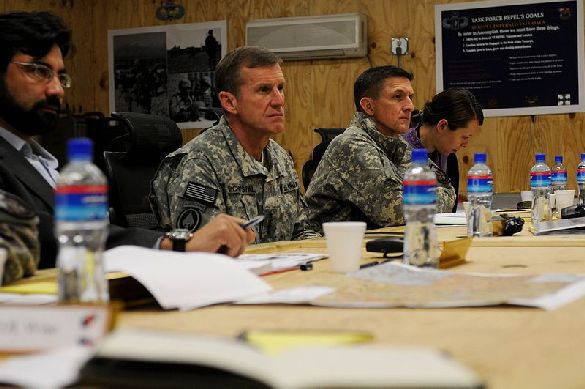 The Trump administration has had a troubled life since its earliest beginnings and The Donald did not have time to settle in the White House that he was already being charged with heavy and explicit accusations of being a Russian agent, a traitor in the hands of Vladimir Putin, a blackmailed from the Kremlin.

A few days after his term of office expired, Barack Obama ordered the CIA and FBI to investigate what were called "Russian interference" in the American elections: it was the beginning of Russiagate and for more than three years the political activity of the Trump administration was characterized by a political-judicial dispute that only this year resolved favorably for the tenant of the White House, when the Senate rejected the presidential impeachment issued by the Democratic party.

If The Donald now has his hands free and can focus more easily on his political program, in view of an almost certain re-election in the next November elections, the same cannot be said for his important but now former advisor, the army general Michael T. Flynn.

President Trump appointed Flynn as his National Security Advisor on January 23, 2017, to normalize relations with Russia and pull America out of the Syrian quagmire by virtue of Flynn's experience in the U.S. intelligence community which naturally led him to contacts with his Kremlin colleagues. The following February 13, however Flynn resigned and began his personal ordeal in the Russiagate affair, accused of being a double agent paid by the Russians.

The prosecution has smoky outlines and smells like a stab in the back but, in the hysterical climate of those months and subsequent years, it is sold to the general American and world public as credible: given Flynn's military career, America would face to the most sensational case of defection in its history.

In short, Flynn's situation becomes more complicated: the general and his lawyers seek an agreement and Flynn pleads guilty to false statements to the FBI regarding investigations into (presumed) Russian interference in the 2016 elections. The sentence is repeatedly deferred due to the peculiar characteristics of Russiagate and the war between the two opposite geopolitical visions that the story hides.

Michael Flynn seems to be the only one who has to pay for an affair, the Russiagate, which has never had a real foundation and whose essence is lost in the maze of the power struggles in Washington. Is it then destiny for General Flynn to end his career badly, perhaps in prison?

Richard Black, recently a former senator of the Virginia state senate, is of a different opinion and recently wrote a heartfelt letter to President Trump [1], in which he urged Trump to grant presidential pardon to his former adviser.

Senator Black, former colonel of the marines and highly decorated veteran of the Vietnam War, agreed to answer some questions about this affair.

D) Can you remind to our readers who Lieutenant General Michael T. Flynn, the man, the military, the politician is?

Flynn was Director of the Defense Intelligence Agency (DIA) from July 2012 until August 2014, when he was removed for disputing President Obama's claim that al Qaeda was near defeat. He also was fired for revealing the truth about U.S. involvement in the Syrian War.

In every instance, General Flynn was correct. Even today, al Qaeda is vastly more powerful than on 9-11. Only the heroic sacrifices of Syria and its allies prevented al Qaeda from establishing a vast caliphate encompassing Syria and Iraq. Russia and Iran did much to stop al Qaeda, but the U.S. did little to oppose al Qaeda--and much to encourage it.

Under General Flynn, the DIA accurately reported that radical Islamists were the main force behind the Syrian uprising and that they had Turkey's backing. Pulitzer Prize-winning journalist Seymour Hersh wrote that "Flynn confirmed [to Hersh] that his agency had sent a constant stream of classified warnings ... about the dire consequences of toppling [Syrian President] Assad."

The Obama administration was furious with General Flynn. The CIA was struggling to overthrow the legitimate Syrian government, using al Qaeda-linked terrorists as proxy ground forces. President Obama had authorized CIA Program Timber Sycamore, which supplied all Syrian rebels, including ISIS and al Nusra terrorists, with vast quantities of weapons. Flynn's forthright assessments threatened to undermine support for the Syrian War by revealing the extent of U.S. collusion with Islamic terrorists.

Pat Lang, a respected former DIA official, said, "Flynn incurred the wrath of the White House by insisting on telling the truth about Syria ..."

D) Why did President Trump offered him the position of National Security Advisor?

d.         Our covert war against Syria was counterproductive and threatened national security.

President Trump looked to Flynn to accomplish that agenda.

D) How did General Flynn's indictment come about?

R) The FBI uses FISA courts to rubber-stamp secret requests for electronic surveillance. FISA warrants give such wiretaps a patina of legality. There are protections against employing FISA warrants for domestic surveillance, but they are weak and ineffective.

Trump's views on Russia alarmed elements of the Deep State, who relied on hatred of Russia to fuel NATO expansionism and lucrative military contracts. Hillary Clinton and the Democratic National Committee employed a former top-ranking MI-6 agent, Christopher Steel, to craft a dossier claiming that Trump colluded with Russia to undermine Hillary Clinton's presidential bid. Steel had experience with dirty tricks as head of UK's Russia desk. There was no evidence behind the dossier's claims, which were eventually discredited.

The FBI used the Steel dossier to obtain a search warrant from a FISA court.  The FBI concealed the suspicious nature of the dossier from the FISA court in order to obtain a highly inappropriate wiretap of LTG Michael Flynn and other Trump associates.

The FISA warrant exposed the Trump Campaign to electronic surveillance. It gave the FBI access to confidential information to use against Flynn when he was later questioned.

Even before Trump's upset election victory, a plan was underway to oust him from office.  The plan relied on the Steel dossier to justify wiretaps to entrap officials into lying to the FBI--which is itself a crime under U.S. law.

Trump's enemies hoped that some of his associates would testify against him to avoid prison.  General Flynn was their top target, since the NSA is sometimes the president's closest advisor.

Soon after the election, General Flynn was chosen to become the NSA. In anticipation of becoming NSA, he contacted various foreign officials. That was normal and appropriate for an incoming NSA.

But the FBI planned to spring a trap on Flynn. FBI Director Comey and Deputy Director Andrew McCabe sent two FBI agents to interview Flynn in the chaotic days following Trump's election. One was Chief of the Counterespionage Section, Peter Strzok, a hyper-partisan operative with an intense hatred of President-elect Trump.

During a routine in-briefing, an FBI agent asked Flynn if he had contacted Russian officials. Flynn told him he had not, though he had spoken by phone with Russian Ambassador Sergei Kislyak. There was nothing inherently unlawful about contacting the Ambassador, but Flynn was caught lying about it-something known as a process crime.

From wiretaps, the FBI anticipated that Flynn would misstate some facts. When he did, they used that to indict him and threaten to imprison him unless he testified that President Trump had done something illegal. They especially wanted Flynn to say that Trump had colluded with Russia to influence the elections. But General Flynn could not do so. There was no evidence that Trump ever did anything of the sort. General Flynn would not lie and claim that he had. If General Flynn had lied about Trump to avoid a jail sentence, his testimony could have bought down the government. Without evidence of wrongdoing, however, the plan to impeach the president with coerced testimony collapsed.

D) Why should President Trump grant presidential pardon to his former advisor?

R) Because the plan to oust him was remarkably corrupt and damaging to the Republic.

The evidence used to entrap General Flynn was obtained by an illicit wiretap. The affidavit presented to the FISA Court employed deliberately misleading information. The FBI deceitfully concealed the unverified nature of that information from the FISA court in order to wiretap LTG Flynn and other members of Trump's campaign.

Article II, Section 2, of the U.S. Constitution grants the President plenary power to pardon federal offenses for any reason, or for no reason at all.  In this realm, his power is unconstrained. It is neither subject to legislation by Congress nor to regulation by any agency. No federal court may opine regarding the merits of a presidential pardon, as such pardons lie within the exclusive and unreviewable authority of the President of the United States.

There is no more compelling reason to issue pardons than to discourage plots to overthrow the government, and no person is more deserving than General Flynn.