Bernie Sanders - a political gargoyle and a guttersnipe

Bernie Sanders - a political gargoyle and a guttersnipe 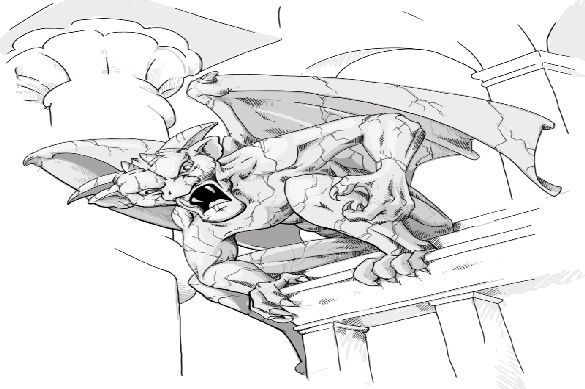 Wannabe Presidential failure Bernie Sanders is the embodiment of a foul-mouthed guttersnipe, an inconsequential political gargoyle sniping from the rooftops.

Just two days ago, Presidential hopeful Bernie Sanders displayed a shocking degree of insolence to someone whose boots he is not even fit to look at, namely Vladimir Putin, who Sanders called an "autocratic thug" and warned Russia to stay out of American elections.

What, this bullshit again? Is Sanders admitting the story that last time around seventeen Russians were smarter than three hundred million Americans? While that is probably true, nay, one Russian is smarter than three hundred million Americans, the reason why Donald Trump won the last election is because he campaigned in the right states, was seen as someone straight and honest, who appealed to the American working class and who concentrated on themes which rang a bell with the American electorate, namely jobs and concentrating on America First. His opponent, Hillary Clinton, did not strike a chord with anyone, and was seen as someone or something devious, untrustworthy, sly and slimy, however deserved or not.

And now, ladies and gentlemen, look what the wind has blown in. The political gargoyle and failure, Bernie Sanders who tries to gain points by insulting the Russian President and by making puerile insinuations about Russia wishing to interfere with American democracy.

This is a clear sign of his own ineptidude and is a clear indication of the reasons why he is never going to get anywhere near the Presidency. It is also a symptom of sheer, unadulterated idiocy. Everyone knows, apart from Mr, Sanders obviously, that American democracy is a sham. The President does not rule the country, the President is the visible pawn in a political-economic game to satisfy the people's desire for transparency. Who or what rules the roost behind the scenes are the invisible lobbies, the military-industrial complex which spreads its tentacles far and wide, through the Presidency, like an unwelcome octopus. It is called the BARFFS (Banking, Arms,  EneRgy, Finance, Food, PharmaceuticalS lobbies)

If Mr. Sanders is so much in love with democracy, he would perhaps like to reflect upon whether the citizens of foreign lands would like to vote on the continued presence of American military bases blighting the map across the globe. Most people in countries where US bases are kept hate their guts. Especially the Japanese, whose women and girls around these bases suffer the horrific consequences, namely serial rape. Why, speaking about American democracy, maybe Mr. Sanders would like to tell us what happened in the prison of Abu Ghraib in Iraq, which the US Armed Forces turned into a study in psychiatric-sexual disorders, or maybe he would like to tell us what goes on in the torture and concentration camp of Guantanamo Bay. Then let him tell us about American democracy.

Putin is elected President, Sanders is not

I will tell you who he is. He is a rude, arrogant, self-important, insolent, carping, sniping failure of a guttersnipe, a clone of Obama the Obomber who ruined Libya, sent the African country with the highest Human Development Index back to Medieval times, who personifies the reason why the Democrats will never win an election in the USA in foreseeable history.

In contrast, Vladimir Putin is respected not only in his own country but around the world. Vladimir Putin's Russia fights terrorists, hunts them down and exterminates them, while Bernie Sanders' USA does what? Arms them, aids them, cavorts with them, wines and dines them on Capitol Hill and unleashes them to perpetrate their barbaric and horrific acts.

Finally, Sanders and armchair socialism. Socialism, true socialism, is about providing excellent public services for free. Free water, free electricity, free gas, free schooling, free healthcare, free dental care, free food, free drinks, free public transportation, zero homelessless, zero unemployment, safety on the street, security of the State. This iswhat the Soviet Union provided not only in its fifteen Republics but also in other continents having freed countries from the yoke of imperialist tyranny. Sanders, the Socialist Bernie Sanders can only think about these things in his dreams, mark my words, he will not deliver a single item in the list.

The difference between Sanders and a gargoyle is that one spouts water from the top of buildings near the rooftop. The other? He spouts Bull.