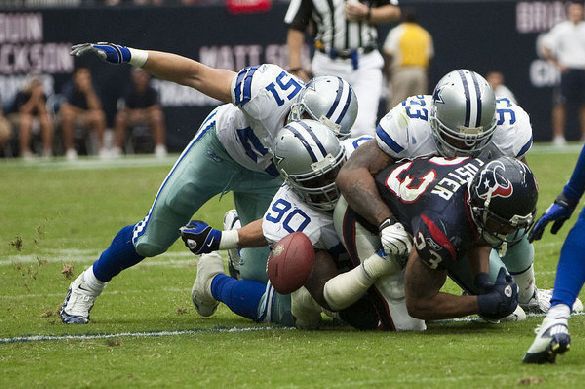 In a highly publicized move, the National Football League (NFL) and Roc Nation, led by self-serving sellout Jay-Z, decided to "partner" with families of police shooting victims to belatedly bring "awareness" to the very issues Colin Kaepernick was protesting years ago-protests that resulted in him being blacklisted (or more accurately "whitelisted") from the NFL.

A recent article on the ABC News website reported how three family members of these shooting victims appeared on the talk show The View to discuss their dealings with the NFL and Roc Nation.

During the conversation, one of The View's co-hosts, Sunny Hostin, inquired as to if they felt the NFL and Roc Nation were exploiting the families of police shooting victims "to give themselves cover" for their egregious treatment of Kaepernick.

The mother of Antwon Rose Jr., Michelle Kenney, replied, "I'm a Kaepernick fanatic. I was a Kap fan way before he took the knee, and I will be forever grateful for him for opening this conversation.  But Antwon is my son, so when you get a call from Roc Nation and the NFL and they say [they] want to take your platform to the next level, [they] don't want anything from you, and [they] have a plan, I have to remember that Antwon is my son, so I am all in."

She went on to add that NFL Commissioner Roger Goodell had "shed tears for her son," and that "you can't fake empathy."

I certainly agree with Ms. Kenney's desire to have her son, and the tragedy that took his life, remembered.  If I lost a family member in similar circumstances, I undoubtedly would reach out to any person or organization that would work to ensure my loved one was not forgotten.

What do they really want?

I do disagree, however, with the sentiment that the NFL and Roc Nation want nothing from these families.  They do want something:  To erase their racist treatment of Colin Kaepernick from America's collective memory, and to do so in the most despicable way possible-by exploiting the tragic deaths of others.

I also disagree with Ms. Kenney's belief that you cannot fake empathy, especially when it comes to a loathsome person like Roger Goodell.

As a practical matter, human beings fake empathy all the time.  Every single day, millions of people watch movies and television programs that depict characters mourning and weeping over imaginary deaths.

As the public face of the NFL, Goodell is an actor.  His role is to maintain the illusion that the NFL is a bastion of integrity that thrives on the spirit of sportsmanship and fair play, so the predominantly white, Trump-supporting owners can continue to make billions off the backs of athletes who are overwhelmingly African-American.

His role is also to cover-up and quash any reality that detracts from this illusion.  After all, even after retired players suffered debilitating brain injuries from repeated concussions caused while playing in the league, and some even committed suicide because of them, the NFL fought vigorously against compensating any of these players, asserting that they had "assumed the risk" leading to their injuries.

And how many tears did Goodell shed over the domestic violence and rape victims who saw their attackers embraced by the NFL with open arms?  How many tears did he shed over the tiny dogs that were fed to larger, more vicious ones, in former quarterback Michael Vick's dogfighting ring-the same Michael Vick who was vociferously defended by Goodell when he was named "honorary captain" of the 2020 Pro Bowl?  (And for those who argue Vick paid the price for his crimes, and is therefore deserving of this accolade, it must be remembered that Kaepernick committed no crime and no violation of NFL rules, yet he is still banished from the league.)

How meaningful are Goodell's "tears" when NFL teams shamelessly carry nicknames that are denigrating to Native-Americans?  And who created the sham workout for Kaepernick, complete with a "liability waiver" that even the Players Union is now disputing, just so he could then promote the lie that Kaepernick is no longer interested in playing.

It's a new century, but the song remains the same as it has throughout history:  Someone sees an injustice and decides to address it, only to be vilified, mocked, banished, scorned, hated, blacklisted, and in some cases executed or murdered, only to see that same cause hijacked by opportunistic hypocrites who lacked the courage to address that same injustice until it was safe and/or profitable to do so.

So, while I sympathize with those who lost loved ones to police violence, there is no detergent so strong or no deodorant so powerful that they will wash away or mask the putrid stench of hypocrisy that defines the NFL and Roc Nation, nor conceal the fact that their so called "social consciousness" is nothing more than a cynical propaganda ploy designed to increase ratings and ensure those gambling dollars keep rolling in.

After WWII and the emergence of the new world order of 1945, the Western Allies and NATO sought to "contain' Stalinist Russia, and have pursued this dangerous policy to the present