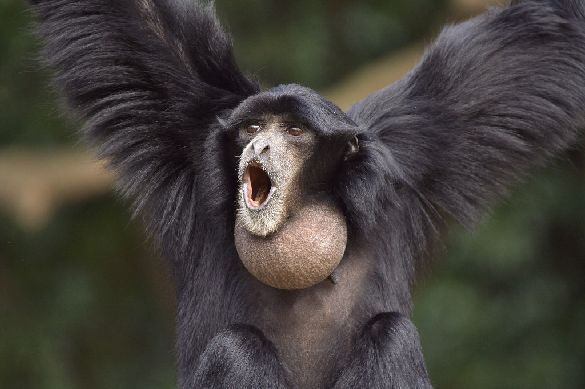 By now it is clear that the United States of America does not understand what Diplomacy is. It is the fundamentals underlying what is called a democratic approach, namely debate, discussion, dialogue, mutual understanding, give and take, win-win solutions, humility, intelligence, compassion, respect and gravitas but not insolence. None of these, the USA has. Except for insolence, and in great quantities.

So it comes as no surprise to discover, the hard way, that the USA does not use any skills in Diplomacy because it does not possess any. It is like asking a 65-year-old male who has never been in a kitchen in his life to produce a perfect risotto, when he has no idea what arborio rice is, no idea of the quantity of liquid to rice proportions and thinks risotto is "some kinda African pizza".

The result will be a disaster and his wife will be picking pieces of onion off the ceiling for decades to come. Let us draw a comparison with Diplomacy, Washington-style.

It is said that a resort to violence when a discussion or argument has been lost is a clear sign of failure, the resort to brute force being a primary reaction and an admission of defeat. The problem is, the longer acts of aggression go on, the worse it becomes for the aggressor. Such an approach does not engender respect, it engenders fear in the short term, then in the medium term this turns to loathing, white-knuckled seething hatred and a thirst for revenge. So the murder of General Suleimani caused more problems than it solved.

Such an approach was too predictable with someone with the black-and-white vision of a George W. Bush, the "with us or aganist us", "winning hearts and minds" by blasting the faces off kids "Well they shouldn't have been there, should they?" which gives rise to the question, what is the United States of America doing in the Middle East or anywhere else for that matter? The jurisdiction of the President of the USA starts and finishes on the borders of his country.

Such an approach with something like President Trump at the helm is compounded with astonishing statements such as his reported threat to bomb cultural sites in Iran. While this would have the advantage of Iran not being able to reply in kind (because the USA does not have any itself worth mentioning) it is also a war crime and would send shock-waves around the world, including in the chihuahua countries, Washington's yapping allies.

War crimes have been committed before, for instance by the USA and its chief chihuahua the UK in Iraq, a shocking breach of international law outside the auspices of the UNSC, war crimes were committed by both countries in the Kosovo campaign where terrorists and organ traffickers from the UÇK were handed what is now a narco-trafficking de facto "state", carved out of Serbia's heart, war crimes were committed in Libya (2).

The problem is that international law exists but is very weak because its implementation depends on the law of the jungle, on the recognition or not of international lawmaking bodies and the non-exietence, incredibly, of any organism capable of enforcing it. The human world today is a mirror image of a herd of antelopes, the dominant male being challenged in a series of fights for the domination of the herd.

If this is how far humankind has developed in fifteen thousand years of civilization, what a pitiful comment on the species, what a disgusting epitaph for the USA and this raises the question, what to do to make things better?

While Suleimani's death has been cheered in the USA and by its two Mid-East bedboys Israel and Saudi Arabia, and ISIS, now regrouping between Syria and Iraq, and by many in Iraq tired of seeing their country turned into a war ground between Iran and the USA, Suleimani was also a diplomat and probably had far better skills in this area than those who took him out. Unless of course we will be informed in two years' time that he has been killed, again. Suleimani was also considered by many as a hero in his country and beyond. Trump is not.

Another problem is the fact that in the USA, Pentagon action is seen as a precursor to weapons sales, and these have to be tried and tested in the field. But this is not Diplomacy.

The only way forward is for all countries to work together to provide the United Nations Organization with the collective clout it needs to draw up international legal precepts and to enforce them. Non-recognition of these rules means non-membership of the Organization and an inability to use any of its resources. This would mean, in today's scenario, UN out of US, US out of UN.

(2)   Law Case of the Century, my indictment against NATO political and military leaders in 2011 https://english.pravda.ru/opinion/119534-indictment_nato/