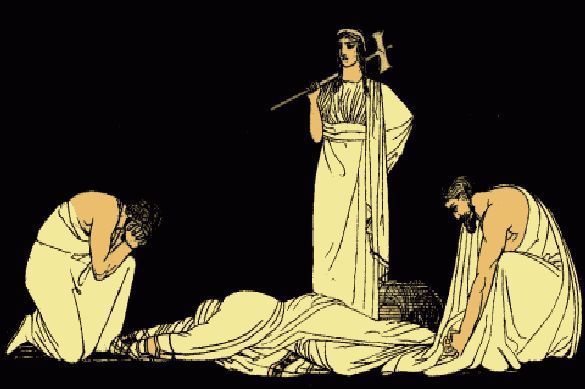 One of the most frequent criticisms I receive whenever I write articles drawing attention to the racial, social, legal, political, and/or economic injustices in the United States is, "Why don't you write about 'such-and-such' country, because it is much worse there."

After reading such remarks, I often wonder what these critics would think if one of their loved ones was murdered, and the prosecutor told them, "Sorry, my office doesn't prosecute murderers who only kill one person, because there are worse murderers who kill more than one."

The point being, I am aware there are countries more unscrupulous than the United States, and these critics are free (and, in fact, I would encourage them) to write their own articles about them.

But I am also aware that many, if not most, of the leaders in these countries make no pretense about their actions.  This is not a defense of these leaders, but instead an observation that, when you know the tactics of your enemy, you can also know what to expect when challenging them.

During America's civil rights movement in the 1960s and 70s, many activists expressed these same sentiments, arguing that it wasn't the rabid racist that was most to be feared, but the person who pretended to be your "friend," patting you on the back with one hand while waiting to stab you with the other.

America is a land of myths that have, for the most part, been successfully pawned off as reality.  But, every so often, cracks appear in the veneer.  For example, America claims that "nobody is above the law."  Yet, during the administration of "Nobel Prize" winning Barack Obama, people who exposed the torture used by the CIA during the so-called "war on terror" were zealously prosecuted for violating "national security" laws, while the torturers themselves, the architects of it, and those who destroyed evidence depicting it, not only went unpunished, but, in some cases, were actually rewarded for their deeds:  One is currently a professor of law at a prestigious university; another is a federal judge; and, perhaps most egregious of all, a third is now head of the CIA.

America also claims that it is a bastion of "human rights," and, in that alleged "spirit," the United States Senate, in 2009, began "investigating" the CIA's use of torture.  Yet, while many so-called "developing" countries were actually convicting and imprisoning torturers and human rights abusers, the United States government basically said in its final report that "the CIA was a naughty boy, but we're not going to do a damn thing about it, except classify this report so the American public can't read it."

America further claims that its citizens cannot be deprived of "life, liberty, and property" without "due process of law."  But tell that to sixteen-year-old Abdulrahman al-Awlaki, an American citizen who, in 2011, was killed in an American orchestrated drone strike.

But even that wasn't enough.  To outdo Obama, Donald Trump, in 2017, ordered a commando "raid" that killed Abdulrahman's eight-year-old sister Nawar, who was also an American citizen.

Strange how the so-called "war on terrorism" is making it difficult to discern who the real terrorists truly are.

But those familiar with history already knew that all these myths had been shattered fifty years ago (on December 4, 1969) in an apartment in Chicago.  It was on that day that Chicago Black Panther leader Fred Hampton and Mark Clark, leader of the Peoria Chapter, were extrajudicially executed.

As I said in my Pravda.Report article, Why "Black Lives Matter" Matters, (October 18, 2019), groups that advocate for social change often face obstacles both internally and externally that can dilute their effectiveness, and even destroy them completely.  And the Black Panther Party (BPP) was no exception.

Their emphasis on global revolution, and acceptance of members of all races, earned them the ire of many Black Nationalist groups who believed the Panthers were not focused enough on issues unique to African-Americans.

There is some merit to this argument, since many successful revolutions throughout history did little to improve the plight of racial, religious, and/or ethnic minorities, and in some cases even made their situations worse.

In fact, one of the myths of the American revolution is that it sought to fulfill the dream that "all men are created equal."  Yet, these words so sanctified in the Declaration of Independence not only failed to include women, but this Declaration also denounced "merciless Indian Savages whose known rule of warfare, is an undistinguished destruction of all ages, sexes, and conditions."

And even the more sanctified United States Constitution, in its original form, considered slaves, for the purpose of discerning the number of federal representatives each state would have, to be only three-fifths of a human being-a hypocrisy in and of itself since, for all other purposes, slaves were considered to be property with, as Supreme Court Chief Justice Roger Taney said in 1857, "No rights which the white man was bound to respect."

As a former police officer stated in the documentary The Black Panthers: Vanguard of the Revolution, the law enforcement community was not particularly alarmed by the militant rhetoric of the Panthers until white college students started to repeat it.  It was then that the BPP's emphasis on global revolution and acceptance of members from all races fueled the ire of J. Edgar Hoover, the racist director of the FBI, who labelled the Black Panther Party "Public Enemy Number One," causing many of the Bureau's illegal COINTELPRO tactics to be directed against Panther leaders like Hampton and Clark (for more information about these tactics, please see my article Go Ask the Panthers, Pravda.Report, March 12, 2007).

One of Hampton's goals in Chicago was to create a "Rainbow Coalition" of all races, who could unite behind issues like poverty, opposition to the Vietnam War, racism, economic favoritism and corruption in the legal system, and other injustices.  And it was this push for unity that terrified those in power the most.

One of the tactics of COINTELPRO was to create suspicion, even paranoia, that would disrupt this unity, and, in some cases, even prompt the assassination of those seeking it.  To this end, the FBI, according to THE COINTELPRO PAPERS, sent an anonymous letter to the leader of one of Chicago's largest African-American gangs, hinting that he should murder Hampton.

However, since FBI agents at the time were overwhelmingly white, the slang they used in this letter was largely based on stereotypical expressions uttered by African-Americans in movies scripted by white authors.  Needless to say, the letter failed to achieve its objective.

Not to be deterred, the FBI planted an informant named William O'Neal in the Chicago Panthers.  In early December, on the pretext of searching for "illegal weapons," law enforcement instructed O'Neal to draw a sketch of Hampton's

apartment.  Then a raid, organized by Cook County State's Attorney Edward Hanrahan, was scheduled for the early morning hours of December 4th.

During this raid, both Hampton and Clark were killed, and, in the aftermath (according to the documentary Eyes on the Prize: A Nation of Law?), Hanrahan announced that the Panthers had been given several opportunities to surrender, and each time responded with "shoot it out."  While most media ran with the official story, a reporter from the Chicago Sun-Times visited Hampton's apartment, prompting an investigation culminating in a ballistics expert concluding that out of the roughly 100 shots fired in the raid, the Panthers had fired only one, and that had been Clark convulsively squeezing the trigger of the gun he was holding as he was dying.  Most telling was that, while several shots had been fired into the bedroom where Hampton had been shot execution-style in the back of the head, no shots had been fired out of this bedroom, and an autopsy indicated that Hampton had most likely been drugged (probably by O'Neal) and was largely unresponsive as the raid was going on.

Yet, in an all too familiar song that continues to be sung today, no law enforcement officers or officials who participated in or planned the raid were criminally charged for Hampton and Clark's murders.  In fact, the only one who experienced any repercussions was O'Neal, who, many believe racked with guilt over his role in Hampton and Clark's deaths, committed suicide on January 25, 1990.

Which brings me to the final myth that Fred Hampton and Mark Clark shattered fifty years ago.  Americans, and American politicians, love using the term "law and order," as if these words were synonymous and inseparable.

But, as Eyes on the Prize narrator Julian Bond pointed out, America's so-called "legal" system is habitually more concerned about maintaining what it believes to be "order," even if it means breaking the law to do it.

Fifty years ago, Fred Hampton and Mark Clark challenged this "order," and paid with their lives.  So, the next time someone says, "Nobody is above the law," or "America is a nation of laws, not men and women," tell them the story of Hampton and Clark.

May you always be remembered and may your sacrifices not have been in vain.