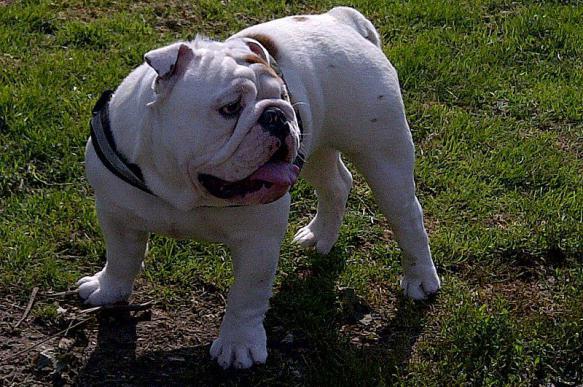 After an illegal campaign based on lies and scare-mongering, the Brexit bandwagon appeared to be leading Wacky Races in the United Kingdom. What now transpires is the majority of the electorate does NOT want Brexit.

It is inconceivable in practically any country on Earth that something like Boris Johnson could get anywhere near the premiership of his country. His party has been responsible for the most shocking cuts to public services, austerity which have pushed thousands, nay millions, of families into misery and has seen thousands of British children relegated to poverty. Many come to school without a meal in their bellies, some are shoeless. This, while the national debt has risen to a staggering 1.7 trillion pounds, or one point seven thousand billion pounds or 1,700,000,000,000. Despite this pitiful record, and despite the lies behind the Leave campaign on Brexit, Boris Johnson appears to be immune to scrutiny and seems to ride on the crest of a wave of lies because his Jack the Lad image with his unkempt hair and blustery buffoonery appears to strike a chord with a part of the electorate which appears to have lost its common sense. He is also helped by carefully managed media campaigns which see for instance difficult moments he faces with audiences blacked out while his opponents' awkwardness is highlighted, this on more than one main TV outlet. In any civilized country this would be illegal, as would the Conservative Party's sponsoring of spoof websites ridiculing its main opponent.

If we take Boris Johnson's party's domestic record, it is deplorable. His is the party which caused the deepest split in British society which will not go away for decades, in launching a reckless referendum on EU membership, without even explaining to the people what the consequences would be if the UK left. The answer to this question, as it has been said many times, is that any form of Brexit would have dire consequences for the economy, would see the pound plummet in value, would see a massive wave of endemic unemployment sweep across the country, relegating swathes of the UK's communities to long-term misery. The reason for this is that with half its economy tied to the European Union market, as a voting member of a large economic block, with a voice inside its institutions, the United Kingdom, with Brexit, will then lose these privileges, will have to pay for access to markets, making already tight margins unworkable, meaning the SMEs which constitute the backbone of the economy will have to pay more for imports, pay more to export and will not suddenly substitute their EU partners with willing new trademates from New Zealand, Australia and Canada. Firstly, nobody is going to queue up to do special business deals with a market of 65 million when there is a larger market of 450 million across the Channel and secondly when transportation costs are computed into margins, there is no alternative to the EU. More sinister even, the alleged secret talks between UK officials and agents in the USA eager to get their hands on the NHS, the National Health Service.

Worse, something the UK media is not reporting, the massive pile of lawsuits suing the backside off the UK for loss of earnings in the event of any form of Brexit, by individuals, companies, regions, countries even and worse still, the confusion that will kick in when British people wishing to remain European discover that under the EU Charter, which the UK signed, a European Citizenship is an acquired right and has nothing to do with nationality status as per the EU Charter itself.

Such basic precepts of fundamental arithmetic and economic theory and law are easy to understand yet they seem to have slipped the minds of part of the electorate in the UK, either because nobody has told them what is going to happen, or else they simply do not understand these universal tenets. Perhaps it is wishful thinking, perhaps it is an idea that the United Kingdom can and will always stand alone against winds and gales and tides. In adventure comics, maybe. Someone could even launch a comic called Britannia, complete with a sword-wielding heroine on the front cover who goes around Europe slashing moustaches off the faces of Frenchmen and challenging Germans to prove which is the better sausage, the Wurst or the British Banger (with an Italian name, the chippolata).

Today as the opinion polls stand, Boris Johnson's party, the Conservative or Tory Party, has a ten-point lead (41-43%) over Jeremy Corbyn's Labour (30-32%), with the Liberal Party led by Jo Swinson in third on 16% of voter intention, followed by the Greens and the Brexit Party on 3% each. The Scottish National Party (SNP) and Plaid Cymru, both anti-Brexit, are regional Parties. Scotland has 59 Members of Parliament in Westminster, 35 of these from the SNP, probably more in the 2019 election and Wales has 40 (Plaid Cymru cuurrently with 4). Tomorrow these gaps may narrow or even invert.

The Brexit lines are now clearly drawn: the Conservative Party stands for a Brexit based on Boris Johnson's deal, if he can get it through Parliament, if not he either has to drop the idea of Brexit or else go through with a no-deal Brexit, which would be even worse than a negotiated divorce; Labour stands for a renegotiated deal and a second referendum based on that deal or Remain; the Liberals, Greens, SNP and Plaid Cymru are against Brexit altogether, and the Brexit Party of course stands for a no-deal Brexit. Looking at the opinion polls today, voter intentions are firmly against Brexit, meaning that if the Conservative Party wins the election as the largest Party, the show will go on with a blocked Parliament without a majority and knowing most of the country does not want Brexit. How democratic would it be to deliver a monstrosity which all MPs know would break the country's back and leave the UK floundering around in the sands picking up the crumbs thrown to it by a handful of players outside the main economic streams or else be forced into unpleasant deals by partners who will take advantage of the weakness of being outside a major trading block? The second question is whether Boris Johnson's Tory party could care less. The third is whether or not the Tory Party and Boris Johnson are indeed the largest party on December 12.

The people do not want Brexit because they do not wish to be even more impoverished than they are, and they understand that with the shock of Brexit and a diving pouind, the electoral proimises being made are pointless because there will be less money available for public services. With Brexit, things can only get worse with less money available for hospitals, healthcare, schools, policing as less money comes into the kitty through taxation and more money is doled out in social benefits payments. What people do not realise is that if any form of Brexit is delivered, lawsuits worth billions upon billions of pounds will be served against the UK for breach of contract, on deals signed years ago before Cameron launched this nonsense because he was terrified of Farage and was afraid of losing a third of his party. Well that third now intends to hold on to power, unless the peoploe of the UK wake up for once and see what is happening.

Either the people of the United Kingdom wake up and understand that Boris Johnson and his party are not a good idea right now - who can trust him? - because he and they stand for Brexit, a disaster which will see famine in Britain for the first time in 300 years. The obstacle holding the country back is those people who are terrified of Labour without understanding that its policies are funded, and those who do not want Brexit or Boris as PM but have always voted Conservative and so will continue to do so. The trouble is, voting for Johnson = voting for Brexit. It is time for some serious consideration inside the UK to safeguard the future of the country's youth, which wants to remain in Europe, in the EU, in the international community as a wanted and respected fellow member. The bottom line is what right has a group of reactionary elitists, who do not understand the harm they are doing with Brexit, to destroy the future of their grandchildren and their country? Let's face it, what do they understand about the daily lives of most British people?

So, why vote for them?