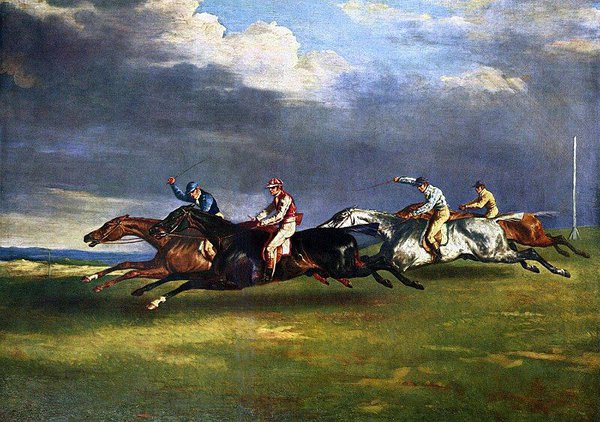 The electorate of the United Kingdom has one chance to bury Brexit and avoid a colossal mistake which will relagate the UK to insignificance and economic hardship.

The question remains, are the people of the UK wise enough to understand the enormity of their decision?

Every once in a while, a nation goes through a trial. This can come in the form of the outbreak of an infectious disease, a war, an invasion or an economic or political crisis. The way the country deals with this crisis dictates its position on the international stage after the thunderclouds have gone. The way the crisis is handled is the decision-making moment when the psyche of the nation in the years to come, and its standing among the rest of the international community, is forged.

Let us make a comparison between the United Kingdom and its oldest ally, Portugal, with which the Kingdom of England signed the Treaty of Windsor in 1386, the ally which Great Britain treated so badly in the nineteenth century by grabbing the territory between Angola and Mozambique (Portuguese colonies) and making a virtual declaration of war (the Ultimate of 1890) if the Portuguese resisted. Portugal's influence at one time spread along the east coast of South America (where Portugal held the vast territory which is today Brazil and back then also the colony of Sacramento, which was the northern part of Uruguay), around the entire African coast, along the Middle East, around Persia, India and the Far East, stretching to Malaysia, Indonesia, and was the first European country to reach Japan, and Australia.

Over the years this influence was consolidated into the territorial control of Brazil (which gained independence in 1822), Angola, Cape Verde, Guinea-Bissau, Sao Tome and Principe Isles and Mozambique in Africa, Goa, Daman and Diu in India (invaded by India in 1961), the Isle of Ceylon (Sri Lanka), Malaca in Malaysia and East Timor in Indonesia (invaded by Indonesia in 1975). The vast African territories remained Portuguese territory, not colonies but provinces of the pluri-continental country "Portugal" until the Revolution on 25th April 1974, when a military coup ousted the former regime presided over by Marcelo Caetano (who replaced the President of the Council of Ministers, António de Oliveira Salazar, in 1968) and which saw Portugal's empire gain independence in the following two years.

Portugal went from a vast Empire to a rectangle along the western Iberian coast from one moment to the next. And it reinvented itself. It assimilated some 11 per cent of its population, who came back from the former overseas possessions, literally overnight, decided on the European project, joined the European Community in 1986 and in three decades has placed itself as best destination for tourism, best destination for city breaks, having the best capital city (Lisbon), best city destination (Porto), best sports club in the world (FC Porto, several times), and Lisbon enjoys one of the best ratings for quality of life anywhere in the world. Portugal knows who and what it is and every year accumulates prestige as Portuguese fill the world's top positions (for instance, UN Secretary General) and many positions of responsibility in the European Union over the years. Nobody speaks about a Portuguese Empire, Portugal assumes itself as a modern participant in the European Union, hosting more and more events of prestige, such as the Expo 1998, the UEFA Finals in 2004, the annual Web Summit today and many other occasions which place Portugal on the map for the best reasons.

Now let us compare this success story with the United Kingdom, which for a brief moment appeared to be OK with leaving its colonial past behind it and reinventing itself inside the Commonwealth, understanding at the same time that the European Economic Community was the political and geographical home for a country which has always been European, which is made up of Europeans, whose original population walked across the land bridge from Europe in 1 million to 850,000 BC and which trades with Europeans in a world of large trading blocks.

There is a huge difference in the comparison with Portugal: the UK is an island, or a group of islands and this breeds an insular, short-sighted, nay blind, mentality, it breeds a feeling of superiority, of being holier than the rest, of being self-sufficient, a kind of economic/political/social autarky which belongs to the decade of the 1930s.

The British press has spent decades ridiculing the European Community/Union, mauling Brussels, laughing at the size of Euro-apples, giggling at the decision to classify tomatoes as a fruit and not a vegetable (when they are indeed a fruit by definition) and the British people, as a rule and historically, have always had a mistrust of foreigners, back as far as the times of Mary I Tudor and her sister Elizabeth I.

The loss of the French possessions in a number of wars gave the English a historic sense of rivalry with their closest neighbours and two world wars with Germany gave rise to the absurd obsession with "Krauts" (the German word for cabbage) and a feeling of hatred and mistrust for all things European, with constant references to "The Continent" and "The Continentals".

And the Brexit referendum in 2016 is simply a reflection of this insular mentality taking hold in the shape of a bunch of opportunists hijacking the vote (which was only a consultory option, not a legally binding one), when those voting to leave the EU did not have a clue what they were voting for, and no idea of the dire consequences, outlined yesterday by the President of the European Council Donald Tusk, who warned that with Brexit, the UK will be a second-rate power shut outside the main power blocks of China/ASEAN, the USA/North America and the EU, and he is absolutely right.

Nobody in Europe understands what the British Brexiteers are thinking they will achieve, and it is clear that all they will manage is to repeat the same slogans over and over again, such as "we can do our own trade deals", like with whom and on what terms exactly?

However, over the last two years it has become evident that this is not exactly where the bulk of the British people are. The Scots and Northern Irish, for instance, are firmly in favor of remaining in the EU and inside the United Kingdom, it is now clear that also in England and Wales, most people do not want to leave, to turn their backs on a block in which they do over half their trade for free, and have a say in the policy-making processes, only to lose this voice and pay for access to the markets.

Most British people today do not hate the Germans or French, they do not hate Europe, they are not obsessed with the war. They want to do trade with Europe, they assume themselves as Europeans and they have got over the Imperial Britain of yesteryear. They are OK with being British, or Irish, inside the EU. Unfortunately many of these may be considering shrugging their shoulders and giving up, allowing Brexit to happen just because they are tired of arguing and so wish "to get it over with". The problem is, if it is over with and Brexit is done, there will be a horrible hangover not for a few years or decades, but forever.

You cannot leave a trading block in which you have a voice, then pay to do deals with it, without incurring a massive loss of influence and massive expenses, rising prices, and loss of revenue. Everyone knows this. Some press ahead in the hope of some nirvana in which Britain manages to go it alone against winds and tides. Unfortunately such notions are Quixotesque deliriums of madness.

Today, the British people have the chance to bury Brexit for good and to safeguard the prosperity of their nation for their children and grandchildren. Brexit was an idea. Never more than that. It was worth thinking about but the conclusion reached by everyone except for Farage and his bedpals in the UK Conservative Party is that it does not work in practice, it cannot possibly work and everyone who knows anything about economics will say of course it is impossible, it is a question of basic arithmetic. While politicians say this is not about Brexit, it has to be about Brexit because their policies and promises cannot be funded in a post-Brexit Britain, because Brexit will ruin Britain's economy, communities and people. This is the chance to vote wisely, not to act with irresponsibility and cowardice.

It is clear that the Conservative Party of Boris Johnson stands for Brexit and what will come after the election, if they win, will be a nightmare of epic proportions which will sell the United Kingdom's future and its children's future down the drain. Time for tactical voting, to bury Brexit for good, instead of burying Britain.

It is time for the people of the UK to rise up, understand the importance of this occasion and rise to the occasion. Shrugging and voting for the Tory Party just because Johnson appears to have leadership skills on TV will not secure the future of the British people's grandchildren. This time around, a vote for the Conservative Party is a knife in the heart of Britain's future.