The Climate: Where Trump got it wrong

The Climate: Where Trump got it wrong 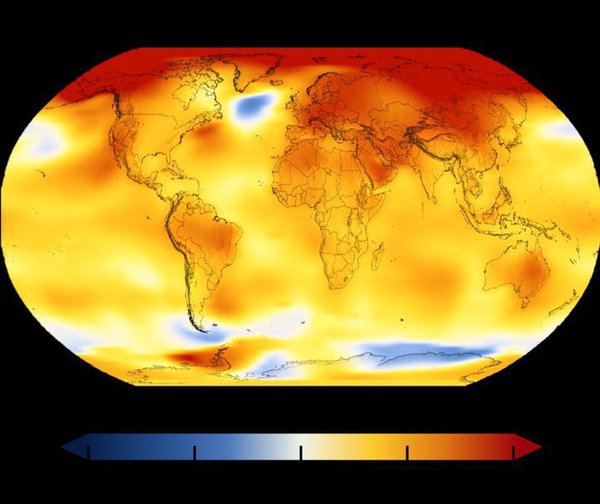 In isolating the USA from the international community on the response to climate change, President Donald Trump makes a gigantic strategic error which underlines his lack of ability to understand the issues which face all of us.

I am not one of those who claims that all Americans are overweight and stupid, my answer to those who say so is OK then try and get into one of their Universities, and then study how US Universities have strong links with the community around them, helping with their funding. I am not one of those who derides President Trump and who calls him an overgrown playboy, an idiot and a fraud. Certainly, he started his life with a nice hand-out but he used it wisely and built a business empire with it and managed to beat the system on the Republican ticket. Not everyone gets to be POTUS.

However, I do question President Trump's ability to grasp the facts underlying climate change, the huge importance of which spells a clear message not only for my own children but for all of our children wherever we may be. This is not a party political issue, it is one of massive planetary significance, one in which we all find ourselves in the same boat.

So rather than making room for the others, and helping those floundering around in the sea, Donald Trump beats them with the oars - he unilaterally takes his country out of the Paris climate change Agreement because he thinks that doing so will damage the US economy.This ridiculous assumption is like hogging the set of waves on his surfboard while a monstrous tsunami lurks menacingly on the horizon.

So while the rest of us make cut-backs and try to help each other out, Washington's response is one of selfishness, introspection and greed, continuing to billow out clouds of harmful emissions, ruining the collective plans to save the planet. What to expect from someone who allegedly said that the noise from wind turbines causes cancer, or some such nonsense?

Milankovic's theory of the Earth's tilt and Ocean currents

However, due to the global importance of this issue, this is not the time or place to hurl abuse. It is time to try to understand where President Trump is coming from, and then to explain why he is wrong. Let us backtrack one century to the Serbian geophysicist Milutin Milankovic, who in 1920 was already presenting a plausible cosmic cause for temperature variation and climate change. In a nutshell, he presented the theory that the Earth's tilt (it does not travel through space as a static object, it tilts either side of the axis 0 steadily over 41,000-year cycles), and this in turn causes ocean currents which give rise to phenomena such as La Niña and El Niño, for instance, and the corresponding wind flows and weather cycles. This evidence is backed up by a map in the Museum of London, which presents temperature cycles over 400,000 years, in which temperature change forms a perfect curve above and below the center line, in arches which represent, curiously, 41,000-year cycles.

Add to this geological surveys which indicate that the first inhabitants of Britain walked across from Europe between 850,000 and one million years ago, not from Calais to Dover but across the North Sea from what is now the Netherlands, indicating that the sea was much lower than today. Other studies reveal fossilized sea shells far inland, also in Britain, meaning the sea levels were far higher than they are today.

If we stop here, we hear the claim "Well, there you go! Told you so!"

Let us listen to the experts

Yes but this is not the end of the story, it is the beginning and what President Trump has to do, like the rest of is, is to do a lot more listening and reading than speaking and writing about subjects we know next to nothing about. So let us listen to the experts.

The huge majority of those working in the field, including senior researchers with doctoral degrees in climate change or related subjects, all say that they are very concerned, that there is no doubt that human activity is causing climate change and, here it is: while there have been historic fluctations in global temperature levels, it is the exponential spike in rising Celsius values after the beginning of the industrial period, which gets steeper as the decades go by, which is particularly alarming. There is also a general consensus that the famous target of reducing emissions to two per cent above pre-industrial levels may be totally inadequate and that the 2% benchmark is a political figure to form a consensus for everyone to work around.

Let us also pay attention to the statement by climate experts published this week in the Journal BioScience, in which 11,000 scientists stated that "We declare clearly and unequivocally that planet Earth is facing a climate emergency" and predicted "untold suffering" if we do not make major transformations to the way we are approaching the issue. They underline that the crisis is here, and it is getting far worse and is developing far more quickly than anyone had imagined.

Big business, as we can see in Brazil, is devastating forests to create space for cattle ranches, and violating the Earth to get at fossil fuel deposits. The article in BioScience indicates that these are three major factors which contribute towards climate change. We need to expand forests, not cut them down, we need to eat less meat and more plant-based foodstuffs and we need to replace fossil fuels with green energy.

So in ignoring those who know what they are speaking about just because the government of the United States of America is, and has always been, caught in the vice of those who control big business, President Donald Trump makes a mistake of epic proportions for which he will be judged in future. Maybe he and his cronies simply do not care about the tsunami rising on the skyline but their grandchildren certainly will.