UK: Mother of all elections to Get Brexit Gone

UK: Mother of all elections to Get Brexit Gone 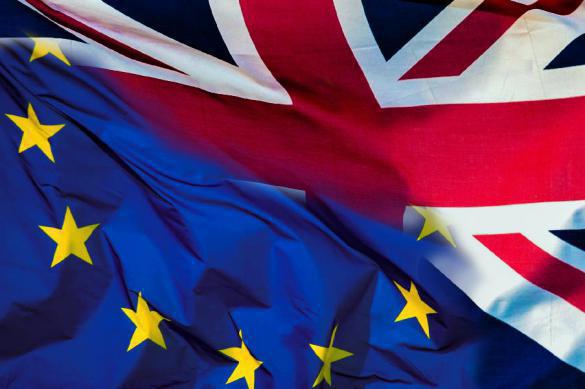 Let there be no doubts about it, the future of the United Kingdom as a Union, as a successful economy and as a major player on the world stage is at stake in the forthcoming massive election on December 12. Let us present a serious and balanced analysis of what is on the table which will open the window for others to understand the magnitude of the situation and might point the British electorate in the right direction.

Brexit has been a glowing ember for years, since the European Union went too far and too fast, stitching together economies which had taken thousands of years to develop into one single patchwork in one fell swoop. When the people were asked, they were as a rule divided 50/50 and as we saw in 2016, in the UK Referendum, they still are.

The European Union is far more popular in countries like Malta and Portugal and Germany than it is in, say, England. This is also the case in Scotland, Northern ireland, the Republic of Ireland and half of Wales. In fact, globally, the European Union may not be liked as a supra-national umbrella but at the same time people in general and the experts in particular recognize that it is the only alternative. Once you are in the club it doesn't make sense to get out.

In a world of large trading blocks, it makes sense to use the synergies inherent in a block and piggy-back, surfing a wave of 28 nations (in the case of the EU) rather than going it alone and trying to snowboard when everyone else is surfing, or bodyboard when the rest are skiing.

It makes no sense to leave a club with which you do half your trade for free, after paying the administrative duty, then pay to have access to the markets which will necessarily mean higher prices for imports, lower earnings for exports, the bottom lines squeezed in both cases, meaning firms go under, meaning people lose jobs, meaning there is less money in revenue from import/export, income tax, company tax, VAT and stamp duty and more money going out of the kitty in social benefit payments.

It means many thousands of families affected by unemployment which these days becomes endemic very fast and temporary joblessness is translated into long-term unemployment for a growing number of victims. This has social costs, such as marginalization and criminal activity among those living in the areas devastated by Brexit, it means less money for police, for the NHS, for schools and for public services in general.

It is important, therefore, that the electorate considers very carefully what it is doing because these situations require people to act with responsibility. The "oh let's just get on with it, I'm tired of Brexit" is not a responsible approach, it is one paramount to saying "oh well I don't want to take hallucinogenic drugs but give me the pill and to hell with the consequences".

This is not a moment for people to be tired of Brexit, it is a question to use citizenship wisely and to care for the future, to cater for tomorrow's generations who wish to remain inside Europe, proposing changes from within if necessary but not bolting the door and throwing away the key on some Quixotesque quest for cloud cuckoo land amid a furious media campaign trying to push for Brexit "because we can strike our own deals".

We, who? Those doing the deals today are already preparing them before the Ministers know what is in them. The Health Secretary for instance just stated this week that the NHS was not going to be the subject of sell-offs to the private insurance sector, when such talks are already under way with the Americans. Nobody is going to queue up to do special deals with the UK because that might affect their access to the rest of the EU and people are going to do deals with the block of 450 million first and the UK second, way down the line.

Basic mathematics would indicate that doing Transatlantic trade deals putting transportation costs into the equation does not equate when you take into account that the distance from Dover to Calais is 30 kilometers. It does not make sense to pay for access to a market with which you do half your trade for free, then lose any say in what happens because you decided to leave the club on a whim because a bunch of toffs said so, those who make a mint out of shorting the pound (create an incident, invest when the pound is low then wait and sell when it recovers); one may ask the same ones as from November 1st (tomorrow) how much money they have squirreled away in offshore banks and institutions to avoid paying taxes in the UK - these are the ones who tell you to pay your taxes. See, the October 31st deadline suddenly makes sense because the new EU directive comes into force on November 1, in which people will have to declare ALL their savings and investments.

So Brexit was always a bad idea and was basically a ploy for the super-rich to get richer at the expense of everyone else. It is bad for business, it is terrible for public services and it makes no sense at all to talk about extra police on the streets and more hospitals because any form of Brexit is going to make these policies unattainable unless the Government borrows even more money than it is doing and ruins public finances for decades to come.

With Brexit, Britain is bankrupt, will implode, separate and lie in pools of squalor. Society will be stretched to breaking point and it will not be the same place, ever again. Here is the chance, the only one, to Get Brexit Gone. The UK is full of creative people with a good level of education who can network with their friends and colleagues across Europe, creating something better for all and not acting like some Medieval superstitious, insular hell-hole. This is 2019, the time of large trading blocks, the time of synergies and collectivism, it's a global world with global players, not individualists making a fast buck at the expense of the nation and its future.

So Brexit does not make sense. The Conservative/Tory Party has stupidly allied itself with the Brexit cause so a vote for the Conservatives is a vote for Brexit. Therefore it makes no sense for Remainer Tories to vote for the party they have given their allegence to all their lives. Labour stands for a second referendum, which may be attractive to some, the LibDems stand for no Brexit, which might be even more attractive to remainer Tories and Labour supporters, while the Green vote is both for the environment and sustainable management of resources and for Remain.

For those still unconvinced, think of it this way: If most members of the House of Commons do not want Brexit, it is because they are privy to information that the people do not have. Nobody anywhere with knowledge of the facts considers that there is anything to be gained from Brexit. Quite the contrary.

So let us see whether the people of the United Kingdom have been contaminated by some form of political virus which renders them politically blind, deaf and dumb or whether they can in fact show responsibility and secure the future of their nation. Bottom line: If you don't want Brexit, don't vote Conservative, but network and vote tactically to make sure your vote counts. With the Brexit specter removed, next time around you can vote for whoever you choose.

On this generation of voters, the future of the UK counts.