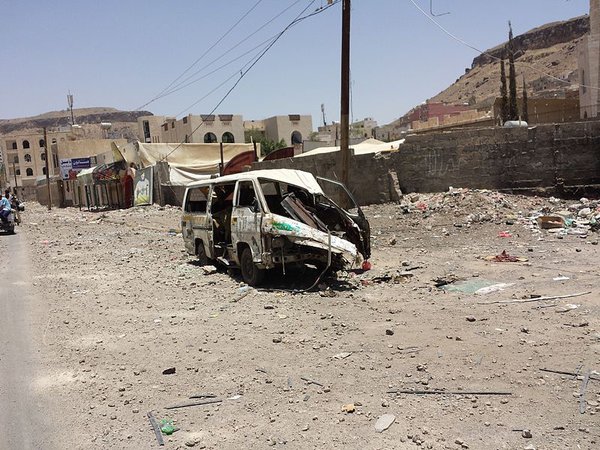 The Times falsely claimed "strikes came from the direction of Iraq or Iran." No credible evidence suggests it.

Fox News: "After Saudi Arabia is attacked, will US military attack Iran?"

MSNBC: "US blames Iran for attack on Saudi oil refineries"

CNN: "Trump: US 'locked and loaded depending on verification' of attack on Saudi oil field"

The broadcaster and other establishment media failed to explain that no credible evidence backs phony accusations made.

Chicago Tribune: "Trump: US locked and loaded for response to attack on Saudis"

LA Times: "Oil jumps the most ever after attack cuts Saudi Arabian supplies"

National Pentagon Radio (NPR): "Secretary of State Mike Pompeo has directly accused Tehran of playing a key role in the strikes" on Saudi oil facilities" - despite no evidence suggesting it not stressed.

Its Foreign Ministry spokesman Abbas Mousavi said "(t)o pin such action on Iran is in line with the (US) maximum deceit approach that they have adopted following their failures," adding:

"Yemen has been entangled in war for five years, and Iran has naturally clearly announced that it supports the Yemeni people and their rights, but blaming Iran for (actions by Houthis) is in line with (the US policy of) maximum lie(s). Such remarks are essentially baseless and untrue."

China's Foreign Ministry called false US accusations against Iran "irresponsible," adding: "China's position is that we oppose any moves that expand or intensify conflict."

While noting that striking Saudi oil facilities is a "direct consequence of the continuing crisis in Yemen," the Ministry failed to explain that Yemeni Houthis responded to Saudi aggression in self-defense, their legal right under the UN Charter and other international law.

They want peace and stability restored to the war-torn country. The most strategically effective way is by making the Saudis pay dearly for their unlawful actions - in cahoots with the US.

At the same time, Russia "strongly recommend(ed)" against rushing to rash conclusions and considering "military options," it called "unacceptable."

On Monday, Houthi spokesman Yahya Saree said another attack on Saudi facilities may be launched at any time.

He urged foreign companies and personnel working at Saudi energy and other facilities to immediately leave to avoid being in harm's way.

He claimed Houthi forces can strike strategic Saudi targets whenever they wish, adding:

"Riyadh must reconsider its calculations and stop its attacks and blockade against Yemen," indicating further strikes will occur otherwise.