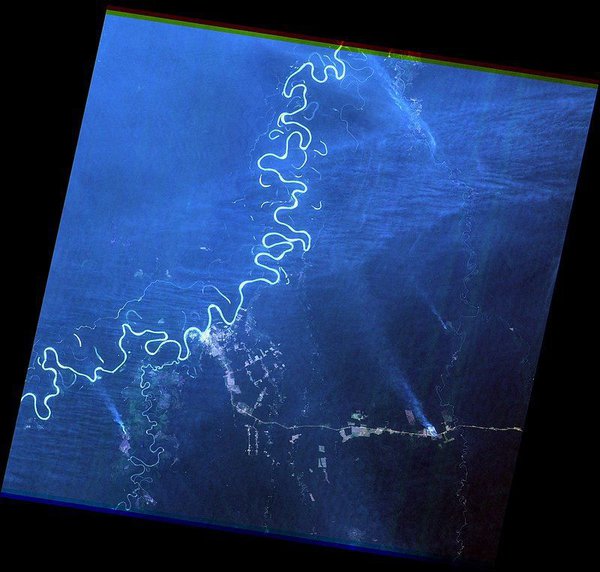 In 2019, deforestation of the Amazon rainforest - the world's largest and most biodiverse, known as the lungs of the world by producing 20% of its oxygen - is occurring at a record pace to serve agribusiness, cattle ranching, logging, and other commercial development at the expense of ecosanity.

According to Greenpeace, National Geographic, and other sources, around 73,000 fires occurred and continue in Brazil this year - 84% more than the comparable year-ago period.

Fires are so widespread and intense that "Sao Paulo - more than a thousand miles away - was plunged into an apocalyptic darkness on Monday afternoon."

By late afternoon, "the sky was almost totally black." The state of Amazonas declared a state of emergency.

#Pray for Amazonia tweeted: "Where are the politicians, billionaires and influencers who cried for Notre Dame - but remained silent for the lungs of our planet?"

"When are we going to learn the importance of biodiversity" to preserve planet earth and all its life forms?

"If we keep doing this, our planet will end up with nothing...(W)ithout the plants we are not going to survive."

"(T)he lungs of the planet (are) gradually disappearing" - ignored by influential policymakers.

Brazil's National Institute for Space Research (INPE) said an estimated 2,254 sq km were lost to burning or logging in July this year alone - a staggering 278% increase over the year-ago period.

According to Federal University of Sao Paulo's department of atmospheric sciences Professor Marcia Akemi Yamasoe, most fires were deliberately set for commercial reasons.

Greenpeace explained that "(w)hen the rainforest's protective canopy is lost, the forest floor is exposed to intense tropical sun, increasing the risk of more fires."

"In turn, smoke hanging in the atmosphere can suppress rainfall, while trees help water condense and produce more rain, so with fewer trees, the effect on the ecosystem and climate at large is long-lasting and can be severe."

Most officials at Brazil's main environmental agency Ibama were sacked and not replaced.

According to Amazon Environmental Research Unit (IPAM) senior scientist Paulo Moutinno - the agency involved in monitoring deforestation and fires - "(w)e're in a situation that is getting worse every year."

"We have a government that is not environmentally friendly and is emboldening illegal loggers" and other commercial development.

On August 11, NASA said fires in Brazil's rainforest were large enough to be seen from space.

Brazil's INPE reported over 9,000 fires spotted in the past week. National Geographic Explorer-at-Large Thomas Lovejoy said: "This is without any question one of only two times that there have been fires like this."

"There's no question that it's a consequence of the recent uptick in deforestation."

Weeks earlier INPE data indicated that deforestation in Brazil this summer has been more than threefold greater than in the past three summers combined - largely driven by widespread fires.

Protecting the Amazon rainforest is one of the most effective ways to mitigate climate change - by absorbing millions of tons of carbon emissions annually.

Reportedly Bolsonaro bragged, saying "I used to be called Captain Chainsaw. Now I am Nero, setting the Amazon aflame."