U.S. Attorney General: Above the law

In 1962, a classic western movie entitled The Man Who Shot Liberty Valance made its debut.  Since the beginning of this article discusses plot points of this film, it contains spoilers. 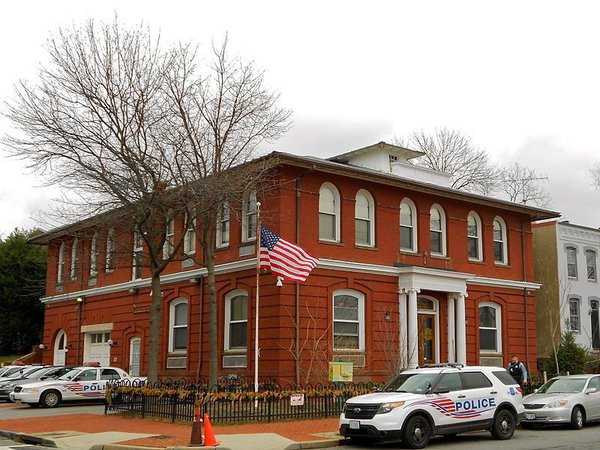 Liberty Valance begins with a United States Senator, Ranse Stoddard, returning to a western town, where he had once practiced law, to attend the funeral of a rancher named Tom Doniphon.  Stoddard had become a legend after killing an outlaw named Liberty Valance in a gunfight, so a reporter named Maxwell Scott was curious why such a great man was interested in Doniphon.

As it turned out, it was Doniphon who had actually shot Valance.  Once Stoddard informed Scott of this, Scott threw away his notes.  Stoddard then asked him, "You're not going to use the story, Mr. Scott?"

To which Scott replied, "No sir.  This is the west, sir.  When the legend becomes fact, print the legend."

What makes this exchange so memorable is that many, if not most, institutions thrive more on mythology than fact, and, unlike Stoddard, will do everything in their power to silence those who see through their veneers.

One of the worst offenders is America's so-called "justice" system.  Almost ritualistically Americans are inundated with tripe like, "Justice is blind" or "Nobody is above the law."

As I argued in two previous Pravda.Report articles, Does the World Need Evil? (April 16, 2019) and America's Choice: A Party of Criminals or a Party of Cowards (April 24, 2019), it is quixotic at best, and willful ignorance at worst, to presume that any humanly created institution can remain untouched by money and/or politics.

Perhaps the best evidence of this reality is the fact that many so-called "highest law enforcement officers in the United States"-otherwise known as Attorney Generals-have also been the most wretched, corrupt, and lawless.

I still remember during the Reagan years when his Attorney General, Edwin Meese, tried to feign his so-called "morality" by declaring a "war on pornography."

Now I realize that reasonable minds can disagree about whether pornography is a freedom or a blight, but my point is that Meese was too vile to dictate morality to anyone.

For example, while serving as Reagan's Chief of Staff in California, Meese essentially greenlighted excessive police tactics to attack protesters at the People's Park in Berkeley, which resulted in numerous casualties, including the blinding of Alan Blanchard and the killing of James Rector, who, according to Time magazine, was a bystander, not a protester.  Following these events, Meese allegedly said Rector had "deserved to die."

Meese also attacked the "Miranda warnings" police are required to give, by arguing, that while such warnings could protect the innocent, "if a person is innocent of a crime, then he is not a suspect."

Yet Meese himself had no compunction about employing every legal maneuver at his disposal, including, according to the Chicago Tribune, using attorneys paid for by the government, when he was accused of having improper ties to a defense contractor that had been awarded a thirty-two-million-dollar government contract.

The beginning of the new millennium, starting with the coup of 2000 that illegally elevated George W. Bush to the presidency, brought this wretchedness to new heights, when the abuses of the so-called "material witness" statutes instituted by Attorney General John Ashcroft resulted in the torture of numerous detainees.  Not surprisingly, even though the Supreme Court, in all its glorious hypocrisy, stated that "Nothing in [its] opinion should be read to condone the treatment to which [these detainees] contend they were subjected," Ashcroft and his co-defendants did not have to pay them a penny in compensation.

But perhaps even more despicable than Ashcroft was his replacement, Alberto Gonzales.  Gonzales was so zealous in his desire to reestablish a secret wiretapping policy that had illegally spied on United States citizens that he even tried to compel Ashcroft to reauthorize this program while Ashcroft was in the hospital recovering from surgery.  He also was an advocate of "enhanced interrogation techniques" (i.e. torture) and further politicized the Justice Department by firing several United States Attorneys in order to replace them with lackies subservient to the Bush administration.  When responding to questions from Congress about these firings, Gonzales answered, "I don't recall," or some variation thereof, at least sixty-four times.

Then came Obama, and his Attorney General Eric Holder, and with them hopes that the abuses of the Bush administration would finally be punished, in both criminal and civil court.

But it was not to be.  Holder refused to criminally prosecute anyone responsible for illegal wiretapping or the torture program, and even intervened in numerous civil cases to ensure the victims of these programs were denied monetary damages for their suffering.

Instead, Holder zealously prosecuted and imprisoned individuals who had exposed the American government's use of torture.

So much for the United States being a bastion of justice and human rights.

Now we have the disgusting, cowardly sycophant William Barr, who has brazenly carved into stone what before was only whispered:  United States Attorney Generals do not serve as impartial, unbiased arbiters of law: they have always served as toadies designed to cover-up, rationalize, and/or refuse to prosecute the crimes and criminals in the government's executive branch.

Ever since Barr received the so-called "Mueller Report," he has made it his mission to spin it in a way that appeases his Master, Donald Trump.  And now that the heat is becoming too great, he is even refusing, as of this writing, to testify about his duplicity and corruption before The House of Representatives.

And how many Americans, unlike Trump, have the luxury to hand pick the very person ultimately responsible for deciding whether or not to prosecute them?

The Office of Attorney General of the United States would be a sick, pathetic joke if the consequences of its actions weren't so severe. Yet day after day, week after week, year after year, numerous people, some of them innocent, are imprisoned after being told by some sanctimonious judge that "Justice is blind" or "Nobody is above the law."