Science and the Spirit

Birth and Death are probably, two of the most intriguing and enigmatic phenomena on Earth. Much has been explained by Science, about what happens during these processes, but no science has been able to pinpoint, about how these phenomena can be controlled. And this, "beyond control" factor is what makes them so much more interesting. This is one main reason which propels the human efforts towards the realm of the relatively "unknown", the "dark" or the "supernatural". Afterall, it is but normal for the human curiosity to question itself regarding the 'before' of Birth and the 'After' of Death. Once the dots of human knowledge, boundaries of intelligence, limits of wisdom and the questions of the still unknown are connected, we do come to know that the spiritual, or at any rate, what we call "connected to the spirit" and the scientific, are innately and intimately intertwined. 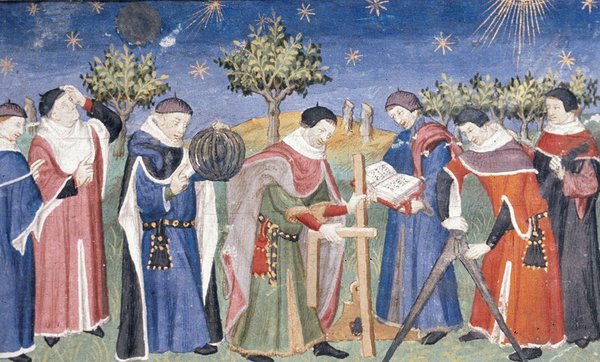 It is interesting to note, that the principles of  Physics( Quantum/ Mechanical) are the same as applied to the spiritual existence. Classical Physics discusses the body, whereas, Quantum Physics discusses its energy. The static energy of mass, according to the theories of Physics, gives way to dynamic energies, when mass is multiplied by the square of velocity i.e. speed, so that it converts into energy. This is in other words, E=mc2 or the Theory of Relativity as propounded by Albert Einstein. In simpler words, it would mean that, if we continue to provide  speed to a mass or a body in a consistent fashion, gradually increasing it - a time would come, when the entire mass of the concerned body would convert into energy.

It feels strange to think that a static body could contain such immense energy to, eventually become the ultimate subject of study in Quantum Physics. Yet, this is the truth. A body, say a boulder, on its own, even if broken into many pieces, which are static or "at rest" will hardly give out any energy, but the same pieces when made to clash or rub against each other, produce so much more energy. This is because, the atoms, within these broken pieces, give out such huge energy that it could annihilate an entire city! Quantum Physics, tells us exactly this. The protons and neutrons within, an atom are negligible in size, and yet, this energy is far more powerful, than the atom itself. This principle is what gives us the main spiritual; mainstay, which again is only a scientific discovery: that a body at rest actually contains huge amounts of energy within it.

We know that the Universe, we occupy, is also bound by this thread of energy, which is static and dynamic at the same time. T is not divisible by any means. This energy is One and it is Penultimate. The Indian thought of the Advaita Vedanta celebrates this very energy. This One, Undivided and penultimate energy is the womb of innumerable kinds of energy within itself...and all of these revolve around the basic scientific concepts of static and dynamic energy.

Whatever we have around us is perishable. Change is the only constant. The bodes undergo changes, feelings change and so does Life itself...our values change, systems change, rituals change and so does our relationship with all these things. And yet, within this, dynamic changing energy rests that, which is the storehouse of all this flux. This is what is called the Soul, the Spirit or the Atman. The soul, which is, to many systems of thought, a part of the OverSoul, is static, is at rest and yet, this is where we get our "waking energy" from. The Hindu system of thought, in particular, has the concept of the "Pranvayu", where, "pran" would mean 'life' and "vayu" would translate into 'breath' or 'air'. A literal translation, then, would mean, the "breath of life". And this is reflected in the energy we get through breathing, which is the sign of life on Earth. The moment the "pranvayu" leaves the body, it is called "dead". However, the one thing to be understood is that this energy is essentially static and it only leaves one body to occupy another , in the journey of Life(Which, by this theory never ceases to be....so there is nothing like Death). Its attractions, repulsions and the embraces of quality and quantity, in this journey is actually indicative of its frequencies. The higher the level of these frequencies, the better the life it will possess, in any form. This imperishable, static energy, which is at the root of all the changing dynamic, within this world does find a mention in the BhagvadGita, where Lord Krishna says,

The soul is never born, nor it ever dies; nor does it become on being born. For, it is unborn, eternal. Everlasting and primeval; even though the body is slain, the soul is not."

It is further stated in the Gita, that weapons cannot cut it, nor can fire burn it; water cannot wet it, nor can wind dry it up. Before birth the beings are not manifest to our humans senses. On death they return to the unmanifest again. They are manifest only in the interim between birth and death.

Thus, one thing becomes very clear. Whether, or not we concede to the concept of God or the soul. Whether, we give it a name or no. There IS, yet a power, a system of uncontrolled yet, peaceful energy, which is beyond everything...which controls our coming hither and going away; which is as true and disciplined as the rays of the Sun and the revolution of the planets. This is nature. And nature is Godly, in as much t connects the changing with the eternally unchanging. The Spirit is scientific and Science is all spiritual. Humans must know this relationship to be able to enjoy their lease of life....and then, the journey beckons!