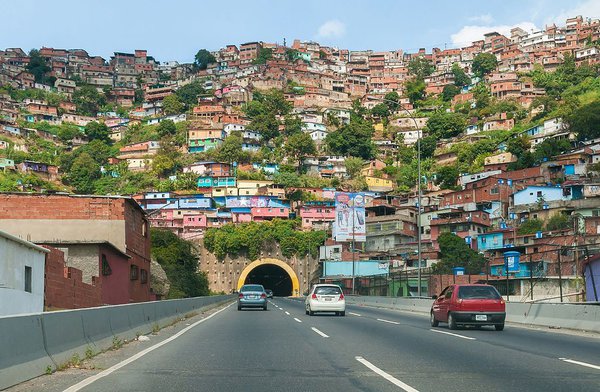 Coup d'etats are a US specialty, scores attempted post-WW II alone. The late William Blum compiled a master list of attempted US coups, including successful ones throughout this period.

It's what Washington does, what imperialism is all about, wanting all nations everywhere subjugating their sovereignty to its interests - dominance sought through wars, color revolutions or old-fashioned coups.

Venezuela is a prime US target because of its world's largest oil reserves, as well as the threat of a good example Bolivarian social democracy represents - serving all Venezuelans equitably, not just its privileged few the way America and other Western nations operate.

Washington under Republicans and undemocratic Dems have sought to topple its government since Hugo Chavez's election over two decades ago replaced fascist tyranny with social democratic rule - an anathema system to bipartisan US dark forces, strongly against governance of, by, and for everyone equitably at home and abroad.

The Trump regime launched the latest US attempt to oust democratically elected Nicolas Maduro. Everything ongoing is orchestrated by Washington, including the selection of National Assembly head Juan Guaido as designated puppet president.

Coup d'etat steps taken include the following so far:

In mid-January, Mike Pompeo declared Venezuelan governance under Maduro "illegitimate," saying the Trump regime will go all-out to restore "democracy" to the country - the deadliest US export.

Trump's State Department called for "begin(ning) the orderly transition to a new government."

"We welcome the assumption of @jguaido as Acting President of #Venezuela in accordance with article 233 of the Political Constitution."

On Wednesday, Trump tweeted the following: "Today @POTUS announced the US officially recognizes Juan Guaido as the Interim President of Venezuela. To @JGuaido & the people of Venezuela: America stands with you & we will continue to stand with you until #Libertad is restored!"

"The citizens of Venezuela have suffered for too long at the hands of the illegitimate Maduro regime. Today, I have officially recognized the President of the Venezuelan National Assembly, Juan Guaido, as the Interim President of Venezuela."

Separately, Pence turned truth on its head, calling Maduro  a "usurper," a "dictator with no legitimate claim to power," falsely adding "(h)e has never won the presidency in a free and fair election, and has maintained his grip of power by imprisoning anyone who dares to oppose him...express(ing) unwavering (US) support" for regime change.

"Today, I am officially recognizing the President of the Venezuelan National Assembly, Juan Guaido, as the Interim President of Venezuela."

"In its role as the only legitimate branch of government duly elected by the Venezuelan people, the National Assembly invoked the country's constitution to declare Nicolas Maduro illegitimate, and the office of the presidency therefore vacant."

"The people of Venezuela have courageously spoken out against Maduro and his regime and demanded freedom and the rule of law."

"I will continue to use the full weight of United States economic and diplomatic power to press for the restoration of Venezuelan democracy."

"We encourage other Western Hemisphere governments to recognize National Assembly President Guaido as the Interim President of Venezuela, and we will work constructively with them in support of his efforts to restore constitutional legitimacy."

"We continue to hold the illegitimate Maduro regime directly responsible for any threats it may pose to the safety of the Venezuelan people."

"As Interim President Guaido noted yesterday: 'Violence is the usurper's weapon; we only have one clear action: to remain united and firm for a democratic and free Venezuela.' "

Regional US allies endorsed Guido's illegitimate power grab. An EU statement said the bloc "support(s) the restoration of democracy and rule of law in Venezuela," stopping short of officially endorsing Guido. The Spanish government rejected it.

"The imperial government of the United States is leading a coup attempt against us in order to install a puppet presidency that they can control in Venezuela."

"This coup attempt that is being unleashed in the country is the most unwise effort by imperialism and its lackeys in the Venezuelan opposition."

"We cannot accept the invasive policies of the empire, the United States, the policies of Donald Trump. Venezuela is a land of liberators. We will not surrender."

January 23 was noteworthy, marking the 61st anniversary of the popular uprising, toppling former dictator General Marcos Perez Jiminez. The Trump regime wants US-controlled tyranny reinstalled in Venezuela - what unfolding events are all about.

In response to what's happening, Maduro formally severed ties with the US. Both countries haven't had ambassadorial representation since 2010. US policies toward Venezuela have been hostile since Hugo Chavez's presidency, taking office two decades ago in February 1999.

Maduro gave US diplomats (sic) in the country 72 hours to leave. He urged a popular mobilization against the "US-led coup attempt."

Pompeo refused to withdraw US personnel from the country on the phony grounds of Maduro lacking "legal authority to break diplomatic relations with the United States or to declare our diplomats persona non grata."

On Wednesday, Venezuela's Supreme Court declared all National Assembly actions "null." In 2016, the justices ruled the body "null and void" for illegally seating three lawmakers suspected of being fraudulently elected.

On Wednesday, Pompeo formally recognized Guido "as the new interim president of Venezuela" - ignoring his illegitimacy.

Its hardliners seek to replace Bolivarian social democracy with fascist tyranny. At stake is upholding the rule of law, Venezuelan sovereign independence, along with the safety and well-being of its people.