The WSJ on US War Plans Against Iran

The WSJ on US War Plans Against Iran 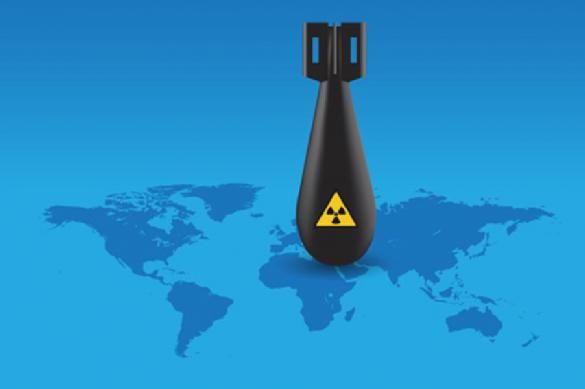 The Wall Street Journal reported that the Trump regime "sought options to strike Iran," falsely saying it may pursue a course no previous US leadership considered. More on this below.

Iran's 1979 revolution, ending a generation of US-installed fascist tyranny, launched 40 years of US hostility toward the country.

US actions included a near decade of Iran/Iraq war, two failed color revolution attempts, multiple rounds of illegal sanctions, toughest of all under Trump, more likely coming, endless propaganda war, and actions by DLT regime hardliners to destabilize the country, make its economy scream, and wage war if other methods fail.

Appointing Pompeo as secretary of state and Bolton as national security advisor was a virtual declaration of war on Iran, both officials militantly hardline against the country.

Trump is easily manipulated to go along with bad advice he's given - by his own foreign policy team and Netanyahu, regime change in Iran one of their key geopolitical aims, the same objective sought against Russia and China.

Israeli regimes have long urged US war on Iran, wanting their main regional rival eliminated, part of its aim to redraw the Middle East map, wanting regional states partitioned along ethnic and sectarian lines into smaller, weaker ones for easier control.

The Islamic Republic never attacked another country and threatens none now - cold hard facts US media suppress, maintaining the fiction of an Iranian threat to Israel, the region and US.

The Trump regime's anti-Iran Action Group is all about pursuing regime change with a vengeance - through economic war, tougher-than-ever illegal sanctions, and naked aggression as a fallback option if other efforts fail.

According to the Journal, Bolton "asked the Pentagon to provide the White House with military options to strike Iran last year, generating concern at the Pentagon and State Department, current and former US officials said," adding:

"The request 'definitely rattled people,' a former senior US administration official said of the request. 'People were shocked. It was mind-boggling how cavalier they were about hitting Iran.' "

The Journal falsely said Bolton's request came after several mortar rounds were fired at the heavily fortified Baghdad Green Zone, location of the US embassy, unjustifiably claiming an Iran-affiliated group was responsible, adding the incident "triggered alarm in Washington..."

Since Bush/Cheney's 2003 aggression and aftermath, they've been lots of similar incidents, Baghdad and other areas turned into virtual battlegrounds - besides violence and chaos related to US deployed ISIS jihadists in the country.

Bolton considered a tough response to the Green Zone incident, "including what many saw as the unusual request for options to strike Iran," said the Journal

Its editors surely know but won't say that Pentagon plans to attack Iran were prepared long ago - likely initially in the aftermath of its 1979 revolution, updated as circumstances warranted.

US regimes under Republicans and undemocratic Dems have longstanding war plans against all sovereign independent countries, including Russia and China.

Notably this has been US policy since the Clinton co-presidency, along with its Balkan wars, the rape of Yugoslavia, genocidal sanctions on Iraq, the early 90s Rwandan civil war and 1994 genocide to establish and solidify US influence in a part of Africa historically dominated by France and Belgium.

The Clintons continued what GHW Bush began. The Hutu extremist myth against Tutsis persists. The war was all about advancing America's imperium, the Clintons responsible for other war crimes during their tenure.

"Humanity is at a dangerous crossroads. War preparations to attack Iran are in 'an advanced state of readiness.' Hi tech weapons systems including nuclear warheads are fully deployed."

The "not so secret plan to wage war on Iran has been on the drawing board of the Pentagon since the mid-1990s according to a declassified 1995 US Central Command document."

"Since 2005, the US and its allies, including America's NATO partners and Israel, have been involved in the extensive deployment and stockpiling of advanced weapons systems. The air defense systems of the US, NATO member countries and Israel are fully integrated."

"This is a coordinated endeavor of the Pentagon, NATO, Israel's Defense Force (IDF), with the active military involvement of several non-NATO partner countries..."

"France has significant interests in Iran's oil industry," along with the US and Israel. US "Global War on Terrorism" is all about replacing sovereign independent governments in Iran, Iraq, Afghanistan, Libya, Syria, and elsewhere with pro-Western puppet rule.

The US has war plans drawn against all its adversaries, ready to be implemented if ordered. The Journal surely knows plenty about it pretended otherwise.

There's nothing out of the ordinary about Bolton's request to the Pentagon. It's longstanding US policy since WW II, notably since Soviet Russia's dissolution, and especially post-9/11.