Global Wars and Peace: Insanity against Humanity: What is Next?

"The road to hell is paved with good conventions."  (Bert Rolling, The Law of War and National Jurisdiction since 1945). 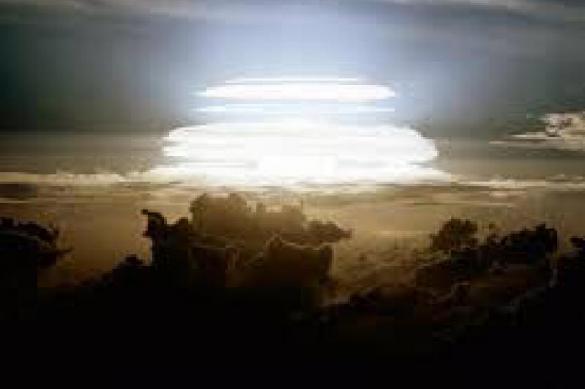 The Global Conventions Betrayed the Humanity

The UNO, The Geneva Conventions, The Hague Conventions, The Declaration of Human Rights, The Human Rights Commission and so many other paper-based laws and conventions often are a distraction from the prevalent reality of raging global conflicts needing urgent and forceful action for peace and human security. Workings of the countless international institutions appear to have diminished the hope for systematic global law and order. While the global mankind bleeds, the institutional leadership formulated by a class of people relies on false statements to console the humanity as if all is well.  The institutional culture of governance is no different than the previous century of mediocre politicians. In a 21st century knowledge-based rational society, politics is nothing else except conflict management, protection of human rights, peace, human security and human progress. But cynicism about politicians and their role in societal peace and progress is becoming endemic. Most politicians are like actors, pretension on screen for the good of people. Thomas Paine ( The Rights of Man, 1792), rightly pointed out that " man is not the enemy of man but through the medium of false system of government - the wisdom of a  nation should apply itself to reform the system - revolution by reason and accommodation rather than convulsion."  The 21st century politicians are detached from the thoughts and concerns of the real world lacking understanding and imperatives of the sanctity of human life. The global order needs a navigational change. Politicians do not view themselves as citizens but a class of people to rule the society. Once elected, their agenda contradicts the principles of human life and priorities.

The Two World Wars devastated the humanity and planet because of the failure of global institutions and leadership. It is estimated that 65 million people were killed during WWII.  The account of WWI  is not recorded correctly except being several millions lost in the planned savagery - man against man. War negates human nature and societal peace and harmony. H.G. Wells manifested the declaration of human rights in 1939 and wondered "What are we Fighting for?"

1928 Paris General Treaty (Kellog-Brand Pact) signatories renounced the use of force - war as an instrument of national policy and agreed to settle the conflict by "pacific means.." In 1925 Geneva Protocols prohibiting the use of poisonous gases as crime against peace and waging a war of aggression. The commencement of the 2nd WW witnessed betrayal of all the peaceful principles. The 1949 Geneva Convention called for respect of human rights and integrated human rights with the law of war.  Many conventions described the rules but nothing sensible was practiced to support the good conventions. The living history tells how the world was engulfed with the insanity of planned wars and how the European-American advanced killing machines deliberately massacred millions and millions across the global landscape. Have we, the THINKING PEOPLE of the globe learned anything useful from the record of history? Have we taken heed to ensure the practice of the rules and laws of peace and war? In an endless and self-repeating political treachery, the tragic tensions of history are intensifying the global affairs. Unless the global humanity is actively organized for peace, the coming of the Third World War is reasonably predictable.

The Bogus War on Terrorism

For almost two decades, America in alliance with NATO is fighting the war on terror. Why did America invade Iraq and Afghanistan?  Iraq and Afghanistan never invaded America nor posed any threat to its security. There is a critical crisis in THINKING and IDENTITY across the United States.  Frank Scott ("Who Are we?" Media Monitors Networks) offers a rational context to Who Are We?

"Under assault by a consciousness control system that insists we are doing quite well even when evidence shows we're on the critical list, we have reason to be confused.....If we, the people of these United States, are ever to be a united nation we have to penetrate the lead curtain of misinformation in which we are imprisoned and begin thinking as a population with a collective destiny which demands collective action. We have a serious social identity crisis and cannot save ourselves by making war against ourselves. But if we want a peaceful world and safe environment, we need to break out of the mental prison in which we'll remain as long as we are kept separate, and unequal, by the controllers of what goes into our minds under the false label of information."

Americans and most European masses are indoctrinated that Islam and Muslims are their enemies and somehow, the 9/11 attacks have come to revisit the superstitious and unthinkable episode.  In reality, "terrorism" myth was manufactured by the lobbyist-run Western political leaders and groups whereas; it has nothing to do with Islam or Muslims. The myth is self-engineered by the former neo-conservatives of the Bush administration.

History exposes the Europeans transgressors who invaded the morally and intellectually advanced Islamic Civilization and crushed it by military campaigns all their material and scientific progress and public institutions. The colonization scheme of things was not outcome of the Western democratic values to spread freedom, liberty and justice but ferocity of violence and killings of millions and millions of human lives for the European Empires to be built on colored bloodbaths. The European crusaders crossed the channels and unknown time zones to subjugate the much divided Muslim people as part of their superior nationalism perception and values that Muslims were inferior to the European race and could be used as subjects without human identity and raw material to build the new Empires. Centuries later if there was a UNO at the time, it would not have dared to call the European invaders as terrorists because it defied the democratic reasoning as the colonized masses lived in slavery and denial of basic human rights and identity. They were classified as "subjects of conquered race." In an information age, knowledge-driven global culture of reason, ignorance is no longer a requisite to learn from the living history.

Age of Perpetuated Insanity against the Global Citizens

Too many text books describe historical conventions, laws and rules of engagements but nothing is practiced when it comes to the reality of war.  We are living in an information age, a world of knowledge but ignorance and arrogance rule where sanctity of human life is not a virtue, often incomprehensible to common citizens. All the legal stipulations appear devoid of reason to protect the life and dignity of human life. The protection of human rights is fast becoming a fashionable business exhibited by "goodwill ambassadors", the movie stars and sportsmen on the screen and nothing beyond that endless deception to human affairs. The vitality of human rights cannot be imagined by media portrayal of few selected movie stars. Wars are continuously raging and millions and millions are displaced, massacred, charcoaled by chemical weapons and  drones but the UNO, NATO, global leaders and other emissaries issue statements of concerns when cold blooded murders are unstoppable in Syria, Yemen, Iraq, Palestine, Somalia, Libya and Kashmir challenging the human conscience - if there is such a thing still in existence. These are unforgivable atrocities and crimes against the innocent mankind. Is there a tangible and reliable global system of accountability to prosecute the perpetrators of wars and crimes against humanity? The ICC is just another name for the few to try relatively less important violators and small nations, certainly not the criminals like George W. Bush, Tony Blair and so many others. All conclusions have consequences and wars are a direct threat and violation of human rights.

Bertrand Russell and Alfred Einstein Manifest (1955) called "a war with H bomb might possibly put an end to the human race."  In 2017, America tested the Mother of Bombs in Afghanistan. The Human Rights Commission, Geneva is a class of its own, meeting for nine weeks in a year and reading the papers and complaints and doing nothing else. On the 50th anniversary of the Declaration of Human Rights, over 12 million people from across the globe asked the UN Secretary General to fulfill the promises envisioned in the 1948 Declaration. The UNO or global leadership lack visionary and intelligent commitment and power to implement anything useful for the protection of humanity.  In a world of reason, we NEED reasoned dialogue and open public discussion on the issues of human rights, protection of civilians in conflict zones and sustainable movement for peacemaking and conflict resolution. It is explicitly connected to the global citizens. There cannot be any secret game of politics to get elected and be accountable to the demands of citizens. The global political leadership desperately needs an inner eye and soul to comprehend the prevalent reality of concerned citizens to ensure freedom from fear and annihilation by the unknown forces of human ignorance and cruelty which held the humanity captive during the Two WW. Political wretchedness requires rational cure. Time is living; its importance must not be ignored. Being rational human being, rationality requires objective reasoning in all of human endeavors complemented by a defined and working system of accountability. Otherwise, history will not remember us as people of knowledge, wisdom and age of enlightenment but people belonging to an age of unending darkness whose viciousness destroyed their own existence.

"....Human nature is at least in part wicked and in part foolish, how can human beings be prevented from suffering from the results of their wickedness and folly? ....Men simply do not see that war is foolish and useless and wicked. They think on occasion that it is necessary and wise and honourable, for war is not the work of bad men knowing themselves to be wrong, but of good men passionately convinced that they are right."