Here is the real world of Amazon

With sales of over $ 177 billion in 2017 and more than half a million employees worldwide, Amazon is one of the most important giants in the contemporary global economy. It manages not only an unparalleled in the West e-commerce business, globally comparable only to that of the Chinese Alibaba, but also a huge amount of data, which have helped make it an important player in the field of cloud storage. 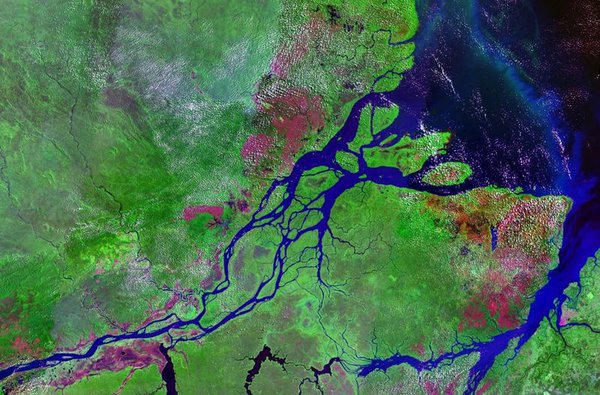 The company of Jeff Bezos, at a time when the economy is affected by a transition to frontier technologies such as artificial intelligence and 5G, plays an important role in the "war of data" that is unleashing between the United States and China (as the Huawei case teaches) and at the same time amplifies its projection in the field of management of traditionally public services in different countries of the world, thus strengthening both its business and its available database.

The close link between Amazon and the federal government

Everything starts from the United States. A country in which Amazon's global strategy, like the other web giants, is intrinsically linked. As noted by Limes, "through its subsidiary Amazon Web Services (Aws), in 2013 Amazon signed a $ 600 million contract with the CIA to provide a cloud service that is used by 17 intelligence community agencies. And Aws is favored for the award of the Pentagon's gigantic cloud computing program, the $ 10 billion Joint Enterprise Defense Iinfrastructure (Jedi)", which Google abandoned as a result of employee protests.

Donald Trump has repeatedly attacked Bezos, the massive tax avoidance of his company and the editorial line of the newspaper he owned, the Washington Post, but his administration has no intention of depriving himself of Amazon's services. On the contrary, recently the Guardian [1] revealed that the director of the governmental department of the Seattle corporation, Anne Rung, would have contacted representatives of the General Services Administration (GSA), to manage the creation of a online portal for purchases by federal institutions.

According to the British newspaper, this would bring Amazon into a dominant position in the management of a $ 53 billion market that, together with the delicate deal with the Pentagon and the strong relations with the CIA, would make a direct projection of the federal apparatus.

The Italian government, which has distinguished itself in recent months due to a markedly pro-American change, has not yet opted for the decisive "choice of field" on the Huawei case, not having prevented the Chinese multinational from operating in the national 5G, but conversely opened with decision to Washington conceding to Amazon to enter the list of postal operators in the country.

In fact, since November 16th, the American e-commerce giant has appeared on the list of postal operators published on the website of the Ministry of Economic Development, led by Luigi Di Maio, under the terms Amazon Italia Logistica and Amazon Italia Transport. This regularizes a position that in the past the company actually covered and which had led to a sanction by Agcom.

A concession for which Amazon (which has evaded 130 million euros in taxes in Italy between 2009 and 2014) will pay only 624 euros in six years and which will greatly favor the US giant at the expense of normal national players. As Il Fatto Quotidiano writes, "the agreement between Poste and Amazon and the new concession 'given' to the American giant determine a monopolistic concentration on the logistics market that the Antitrust Authority should put under its lens. This creates an unnatural alliance, also because the strategy of Amazon as 'giant enterprise' is to weaken the States and the market".

Furthermore, the risk is that this concentration blocks the development of the promising Italian small and medium-sized logistics sector. "Logistics not only as an exclusive transport or warehousing, but as an integrated part of computerization where, with modern technologies, orders are moved and controlled, shipments are organized, stocks are managed and reserves are administered. The ingredient necessary to grow the industry 4.0. The risk is that the government has no idea of ​​the consequences of Amazon's entry into the market. Even the Poste-Amazon agreement does not seem to be a conscious choice of the strategies necessary to grow the country and to bring digitization into Italian companies."

The technological match is a geopolitical challenge. The president of Assoporti Zeno D'Agostino told MediTelegraph that the one launched by great actors like Amazon is a challenge to the economic prerogatives of Western States greater than that, much more publicized, of national actors such as China.

Just as Huawei has been limited in the most allied countries of the USA, from the United Kingdom to Japan, Amazon knows strong restrictions outside the traditional borders of the West. The giants of the Chinese web, first of all Alibaba and Tencent, are born thanks to the digital protectionism with which the Middle Empire has protected its technological players since the entry of the US majors.

Recently, Amazon, along with Walmart, has experienced significant new restrictions also in India, a country with growing ambitions, in turn eager to protect its national digital industry. "From February 1, 2019," Ansa writes, "it will be forbidden to make exclusive agreements, such as the one that allows Amazon to sell the phones of the Chinese brand OnePlus. At the same time, online groups will no longer be able to sell goods held in India by their local subsidiaries, but will be obliged to keep them in stock of Indian groups. Not only that, no producer will be able to entrust a share of more than 25% of one's own good to a single retailer and restrictions will also be placed on advertising and marketing practices."

Therefore, under charge Amazon's ability to become a monopolist of the distribution chain, disaggregating more traditional economic systems. Reason for which the Seattle-based company is targeted by the Austrian authorities, which contest its operational ambivalence. This move recalls, in a minor tone, the choice of France to move from Google to Qwant as the main search engine for its public services. In the digital field, after all, the United States and Europe are less cohesive than it appears. And in this fact the ambiguous behavior of giants like Amazon, able with their economic weight to count on a global scale as entire States, plays a decisive role.