Toughness the Only Language US Understands

Toughness the Only Language US Understands 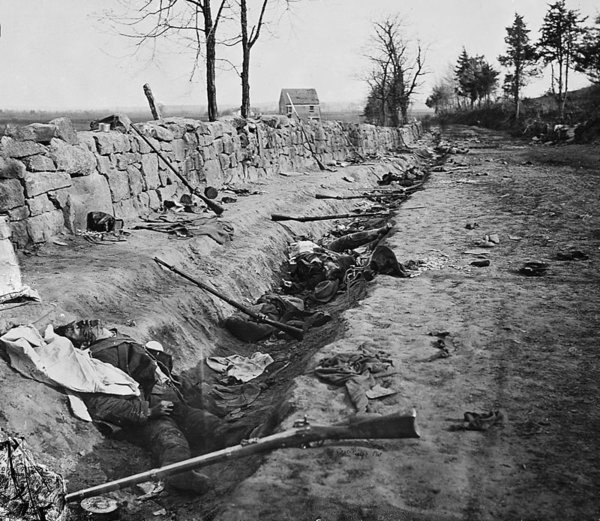 The US is addicted to endless wars of aggression against one nation after another - enemies invented to attack because real ones don't exist.

The US is addicted to endless wars of aggression against one nation after another - enemies invented to attack because real ones don't exist.

America glorifies war in the name of peace it abhors. Today's super-weapons if used risk humanity's destruction like never before.

"The lesson of history is when a war starts every nation will ultimately use whatever weapons it has available" to defeat an adversary, adding:

"I think the human race is going to wreck itself, and it is important that we get control of this horrible force and try to eliminate it" - referring to the destructive power of nuclear weapons able to kill us all if used in war.

Washington's imperial agenda is humanity's greatest threat. Its rage for unchallenged dominance may doom us.

Republicans and undemocratic Dems get away with bullying other nations to bend to their will because the world community doesn't challenge their hubris and arrogance with toughness short of war.

It's the only language they understand. Diplomacy with hegemons doesn't work. It failed with Hitler. Appeasing him encouraged greater belligerence.

WW II might have been avoided if Washington and European nations challenged his actions against other countries before things spun out-of-control with the invasion and defeat of France.

Neville Chamberlain's "peace in our time" appeasement and similar Western actions made WW II inevitable as things turned out.

The US is pursuing the same aggressive policies as Nazi Germany and imperial Japan. WW III may be inevitable because of its rage for global dominance - a doomsday scenario if nuclear weapons are used.

Sino/Russian unity is a vital anti-imperial alliance - an essential counterforce to America's aggressive agenda, threatening world peace, perhaps more than ever before.

Washington's rage for dominance by whatever it takes to achieve it makes unthinkable nuclear war possible, maybe inevitable if its ruling authorities aren't challenged with toughness.

Strong Sino/Russian unity against humanity-threatening US imperial arrogance may be the only way to prevent global war before Washington launches it by accident or design.

When will China and Russia say enough is enough? When will they no longer accept US bullying and other hostile tactics? When will they stop pretending diplomacy is the only way to deal with Washington? It doesn't negotiate. It demands.

When will they cease calling the US their partner? When will they accept reality? Washington wants dominance over their countries and all others.

Republicans and Dems want their ruling authorities replaced with pro-Western puppet rule - war an option if other methods fail to achieve their objectives.

Acting as a US proxy against China, Canada's arrest of Huawei Technologies' chief financial officer Sabrina Meng Wanzhou is one of countless examples of how the US disdainfully and aggressively treats other countries - serving its own interests at their expense.

Beijing's only alternative is to respond with toughness - demanding her immediate release, suspending talks and other dealings with the US until the offense against her, Huawei, and China is reversed.

It's the only way to get the Trump regime's attention. Nothing else can work. In response to what happened, China's Vice Foreign Minister Le Yucheng said his government "will take further action based on the US actions."

Meng's arrest by Trudeau regime authorities in Vancouver on orders from Washington to detain and extradite her to the US is all about trying to undermine Beijing's "Made in China 2025" strategy - aiming to prevent Beijing from becoming an economic powerhouse, especially in sophisticated technological areas, able to challenge and perhaps surpass America's prominence.

It's about wanting China, Russia, and all other countries transformed into US vassal states. It's about Washington's rage for unchallenged global dominance at the expense of world peace.

It's about hugely destructive US imperial arrogance, its rage to rule, mindless of rule of law principles and the human cost.

It's about risking planetary destruction and all its life forms. It's about forcefully challenging its agenda before we're all enslaved or killed - either way doomed.

Trump was co-opted by sinister dark forces straightaway in office. "(H)e's unreliable and unsuitable as a partner," Kortunov added.

He "may have stood up Vladimir Putin once too often" after snubbing him during the Armistice Day centennial anniversary in Paris last month and at the G20 in Buenos Aires, Argentina.

The issue isn't Trump. It's how Washington operates under Republicans and Dems - pursuing the same imperial agenda, featuring endless wars of aggression and global turmoil.

It's about US-controlled one-world government, Washington rules overriding international and nation-state laws, NATO becoming a global military, endless wars against invented enemes, might over right, raping and destroying one nation after another, carving up whole continents for control and profits, along with creating ruler-serf societies worldwide.

It's about a world unsafe and unfit to live in. It's about challenging Washington's megalomaniacal agenda before it dooms us all.

It's up to Russia, China and other key nations united to save humanity from disaster if Washington isn't challenged with toughness.

It's the only language it understands - the only effective strategy against its destructive imperial agenda.