On the report of Human Rights Watch against the DPRK

On the report of Human Rights Watch against the DPRK 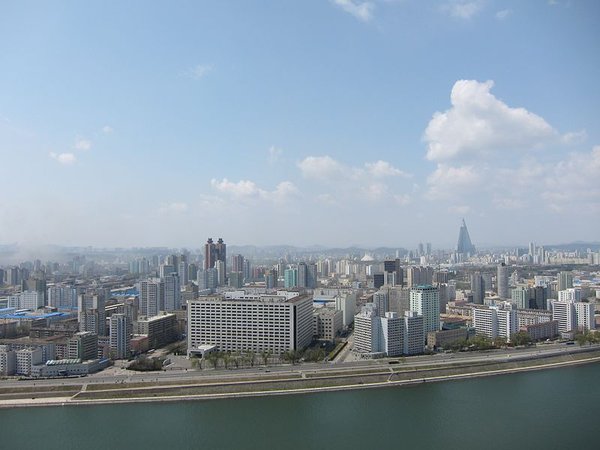 North Korean poster that says: "We must stop the violations in the 21st century!"

Recently, Human Rights Watch (HRW) has published a slanderous report against the Democratic People's Republic of Korea. It says that the violations against women in the DPRK are apparently constant, and that these violations are mainly committed by "government officials".

HRW is a supposed non-governmental organization based in New York that turns out to be a full-fledged government organization. And it is that in its directive there are direct members of the government of the United States, mainly assigned to the Democratic Party, defenders of Obama and Clinton. That is, in HRW there are government officials. Well, in the United States there is a stable rate of violations of more than 30% per 100,000 inhabitants, according to police reports. I am simply following the way to deduce that this organization has.

In the directive of HRW there are also CIA "analysts": that is to say, there are CIA agents. And finally, apart from executives, billionaires and pro-Zionist elements, it has in its board of directors high-level commanders and former NATO commanders, who surely know a lot about human rights, how to violate them, I mean. HRW is also funded by George Soros, anti-Communist billionaire and ideologue of capitalism who advocates, among other things, a "market fundamentalism" in finance (we will not go into detail about this individual). HRW is often quite hostile to the socialist countries, but, to take one example, it is very gentle against the Zionist regime and its attempt at genocide against the Palestinian people. And above all, it is very supportive of the empire of capital. And is to accuse of various crimes to the sphere of government of socialist countries is a common and constant practice by imperialist organizations defending their capitals (and those of others).

HRW has no representation or presence in the DPRK, with which it knows absolutely nothing of its daily life, of its political-social reality, of its people, of Korean women. The report has been written based on alleged declarations of North Korean defectors, by the way two of them convicted of rape, one of them to a minor, something that HRW does not denounce.

HRW also does not claim that in South Korea it is estimated that one million women are engaged in prostitution only to cover the demand for sex from the US occupation troops entrenched there. Indeed, violations are committed in Korea: the Yankees have been committing them for decades of occupation, before, during and after the Korean War, to the present. Some of these violations have ended with the murder of the victim, and in some cases we are talking about underage girls. We recall that South Korean local laws do not apply to Yankee marines, so these crimes usually involve a simple change of destination of the soldiers or officers involved. There is some exceptions, as in the case of the brutal murder of Yun Geum I, although the convicted soldier spent less than 14 years in prison. It is not new to mention that, there in the world where there is a US military base, the crime figures alarmingly rise: murders, rapes, drug trafficking, contraband, robberies, alcoholism, fights, aggressions, hazing, etc. The cases are innumerable.

In this regard, and in the wake of the Korean War (1950-1953), it is important to read and study the text "We Accuse: Report of the Committee of the Women International Democratic Federation in Korea", 1951, where the story of the atrocities committed by the occupation forces during the Korean War are simply indescribable:

This report states that "the people of Korea are being subjected by the American occupiers to a ruthless and methodical campaign of extermination that is in contradiction not only with the principles of humanity, but also with the rules of warfare as laid down, for instance, in the Hague and Geneva Conventions."

With regard to the DPRK, the first law on gender equality in Korea dates from July 30, 1946. This law guaranteed in its day (and continues to guarantee) the political equality and rights between women and men. By this law, women could participate in the election at all levels, and acquired the right to vote and to be elected. It also ensures that women have the same rights as men in the same job, and equal rights to education. It regulated the age of marriage, free marriage, divorce, the right to claim to the State the expense of raising a child, and the same rights as men to inherit property and land. It also ensured the prohibition of polygamy and all those traditional feudal customs that violated human rights, such as the slave trade, unlicensed (and even authorized) prostitution, and the so-called "professional artist system".

These laws are maintained in the northern part of the Korean Peninsula, but not in the south, where, for example, prostitution is widespread (there is even a "red light district" in Seoul). And about prostitution, sexual slavery and humiliation towards women committed there by the US Army, in collaboration with the South Korean troops under the command of the dictator Syngman Rhee (the first president of South Korea), and of other nations covered in their day by the UN, even Wikipedia has a specific article about it:

Again, it should be noted that the kind of defamation that HRW issues on the DPRK always "casually" arrives at key positive moments of the situation in Korea: maximum detente, dialogue towards peace and reunification, direct communication and connection, economic relations, North-South diplomatic and military meetings at the highest level, etc. It may seem strange, but for us it is already sadly usual, that supposedly human rights organizations are dedicated to try to boycott any effort to unlock, stabilize and improve the situation of nations and peoples, even more so when we know that it is something that affects us, the entire planet.

Washington will not defend Ukraine from Russia. Rising tensions in the Donbass help the Americans strive for their own far-reaching goals in the international arena

The West will not stand up for Ukraine in case of war with Russia Alexander Shtorm
Russia
Thief-in-law shot dead at Moscow gym
Disasters, catastrophes
Fire engulfs entire factory building in St. Petersburg