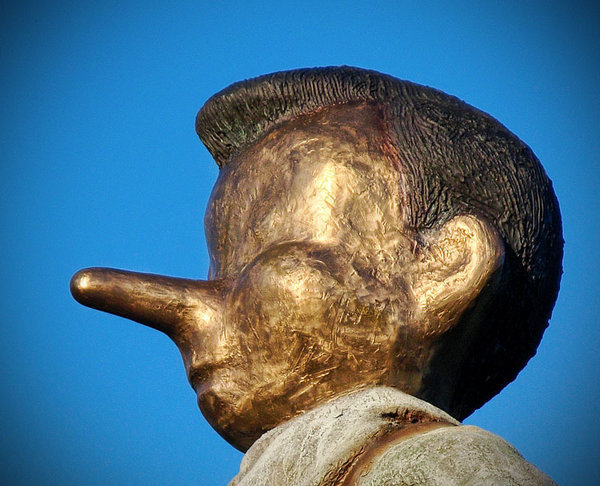 The UK has repeatedly accused Russia and its President of being directly involved in the lamentable Salisbury nerve agent case. Let's examine the facts.

I am sure I speak for any reasonable and sane, balanced individual when I state that any attempt to cover up the facts, present lies, skew the evidence and make false claims is a cynical and evil act of disrespect for the victims - four people seriously ill and one, dead. So out of respect for the victims, first and the rule of law, second, let us have a serious look at the Salisbury case.

The Skripals (Sergei and his daughter Yuliya), were taken ill in March, along with a police officer; the British government was quick to blame the Russian government and its President for the attack on the eve of the World Cup finals to be held in Russia. Britain stated that the nerve agent used was the deadly Novichok which it claimed was also made in Russia. The evidence? Russia had eliminated traitors before, had said it would do so again and so in the absence of any alternative theory, it was highly likely that Russia and its President were involved. That is exactly what they said. In June, Charlie Rowley and Dawn Sturgess were taken ill in the nearby town of Amesbury, near where Stone Henge stands. A perfume bottle was found, it was stated that it contained the same nerve agent which was used on the Skripals, and linked to the illness of this couple, the latter of whom, Ms. Sturgess, passed away a week later.

Now, in September, we have the names and photographs of two supposed GRU Russian agents who entered the UK at Gatwick airport and were seen on CCTV cameras in Salisbury at the time of the Skripal incident. And only now is the Skripal home being decontaminated, after it was announced in March that a door handle (outside the home) could be deadly.

The Russian side has repeatedly asked the British to collaborate so that they can clear up the doubts, denying any part in any of this conspiracy. The British have systemativally refused to present any evidence and reiterate their accusations and claims, naming and blaming two Russian citizens, declaring they are from GRU and incriminating President Putin.

This sums up the allegations and drip by drip news feed by the British authorities and Prime Minister.

1. Britain's refusal to collaborate and present its evidence

First and foremost, why not collaborate and accepts offers of help? Or is there something to hide? If there is evidence, what is it? If there is no evidence presented, why not? Because there isn't any? Or because it would be thrown out of any court of law as conjecture and hearsay?

Sorry, but after Iraq, nobody in the entire world believes that. The British authorities outed themselves as liars the moment they copied and pasted a report from the Net, sexed it up and humiliated themselves by presenting it as evidence, for generations to come and I said precisely this at the time. Worse, documents were forged and used to link Saddam Hussein to yellowcake uranium from "Nigeria". The letterhead of the IAEA was wrong, the signature was forged and the source would have been Niger, not Nigeria.

The flight is reportedly SU2588. This flight is booked to arrive at Gatwick North, as was the case in March, at 15.45. The average delay is some 15 minutes, the percentage of ontime frequency being 73 per cent. Flights are NEVER 45 minutes to an hour early.

4. The demeanor of the two suspects

As a rule, military secret service agents about to embark on a mission are tense, alert and professional. They do not travel around laughing on public transportation or smiling as they look at photograph frames. The photos show two people, allegedly Russian, because Moscow does not know who this Petkov/Boshirov pair are, walking around like mates, as a pair, as many Russians do as a matter of custom. The GRU are not known for such brazen idiocy in carrying out missions. In fact if it were the GRU nobody would know. Now if you tell me stories about a British Secret Services operative running around the Iraqi desert wearing a dress, I might believe you.

I have travelled from and to Moscow Sheremetevo and Domadedovo and can state clearly that security is as tight in these airports as anywhere else. Try getting a bottle of liquid through any airport anywhere and see what happens to you. If you are one kilo over baggage allowance in Moscow, you are charged. The same rules apply for liquids. And do not tell me the pilot allowed them to travel with nerve agents in his cockpit. I also know pilots and as a rule they are first and foremost lovers of aviation and security of their aircraft. I do not know a single pilot who would turn a blind eye to two thugs carrying a nerve agent on board.

6. What military secret agents travel using their own national passports?

You do not travel on a regular flight using a Russian passport then travel around on public transport, being filmed all the time, if you want to perform a mission. You either use a passport from a different country of origin or else you hire an Albanian hitman to do the job then have him shot or his neck broken in a bicycle accident. It's like finding a passport from an Arab country in pristine condition tossed on top of a pile of rubble after a terrorist attack. Most people are that stupid that they believe it without asking questions. See? It must have been a Russian, I...I...I saw it on television!!

7. The allegations by Theresa May that the two suspects are from GRU

8. The suspects dropped the perfume bottle full of deadly nerve agent into a litter box

Wow, and 14 weeks later Charlie Rowley picks it up. 80 per cent of the people coming into contact with this deadly military grade nerve agent survived. Nobody can survive it, said the experts on British TV channels. Wasn't the litter bin emptied for 14 weeks? How come only one person died (and this, a lady with underlying health issues)?

9. What happened to the Skripals and to the policeman injured in the first incident?

They have summarily disappeared. Nobody has access to them. Where are they being held and why? Are they being silenced? Have they been disposed of?

10. The "agents" had traces of Novichok in their hotel room

Why are they not dead? Why if this was discovered on March 4 in London is there not a single mention of the hotel? Why was it not cordoned off?

11. The timing of the news releases

The first incident, before the World Cup was going to start in Russia. Did the UK want to use this to try to wrest the World Cup from Russia after it lost its bid? The September re-emergence of the story with the naming and photographs of "Russian" suspects, days before the Idlib offensive in which western operatives aiding Jihadi terrorists and al-Qaeda are trapped, and as the West allegedly wrestles with the temptation to stage another false flag chemical weapons attack ferried in from Azerbaijan or wherever to incriminate Assad and throw mud in the face of Russian credibility? And not to mention the chronic balls-up over Brexit.

12. Where the CIA and the Pentagon are involved...

Rumor has it that Skripal senior had some dodgy and shady deals with the CIA, you know those guys who run prison and concentration and torture camps without trial, who torture people on airplanes and assassinate foreign leaders and officials. Mmmm yeah well the Pentagon has a 70 million USD research facility running at Porton Down outside Salisbury, precisely into secret weapons, according to those who accessed the Federal Contracts Registry.

13. The origin of Novichok

In Soviet times, it was made not in Russia but in Uzbekhistan. Within 2 hours of the Skripal incident, a Bulgarian journalist sent me the formula for Novichok. The USA has 140 patents on this agent and other NATO countries have developed at least 100 types.

Once again, this story cannot and must not disregard the fatal victim and her family or the other four victims and their families and loved ones (the Skripals, the policeman and the partner of the deceased). Once again, this human aspect must come first and once again no sane balanced person condones the use of chemical weapons anywhere on Earth, much less in such a reckless manner in a public space, and overseas, if this is the case. But you do not make wild accusations without proof, or if you do, then you present the evidence.

I know Russia, I know the Russians, I know who President Putin is and I know the GRU. I also know about bodged jobs by amateur wannabes involved in shady deals. Also I am sorry but I am afraid that I cannot take the word of a serial liar as the truth just because.

I may as well say that Theresa May gang-banged a company of Russian conscripts on the shore of Lake Baikal after doing a manic version of the break dance, jiving like a lunatic and shrieking like a banshee. The evidence? She has done it before, more than once, and in the absence of any plausible alternative theory...? 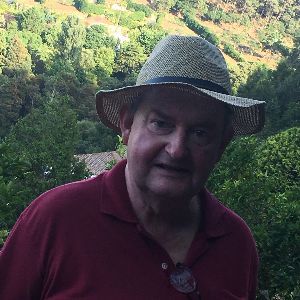