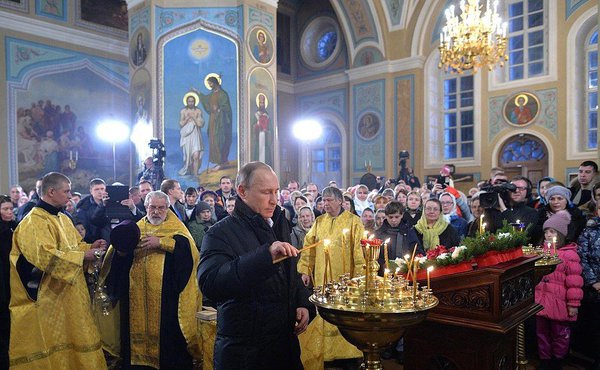 More sanctions from the USA using the Skripal affair as an excuse without a shred of evidence, based on hype, hysteria and hearsay. Back-door economic warfare.

Surprise, surprise. The USA invokes a law from the 1990s claiming that it has to impose sanctions when a country crosses a chemical or biological line, in this case an invisible one with no proof, no law case, no due legal process, just an allegation from wonderful British intelligence that the Kremlin was involved in the Skripal case. Proof? None actually...none at all. Just a vague blanket statement along the lines of "They have done it before and they have said they will take out traitors and in the absence of any plausible alternative, they must be guilty".

For Washington, after months of vacillating, stating the obvious that it is very complicated to apportion the blame when nobody knows which novichok was used, where it was produced and in the total absence of any trail linking it to the Kremlin, we get the idea that we are looking yet again at the wonderful British intelligence of the type that Colin Powell used to justify the USA's illegal and murderous act of butchery against Iraq. The type of intelligence which resembles a decade-old doctoral thesis copied and pasted from the net and sexed up by Downing Street.

And here they are again, the dynamic duo. Skulduggery instead of diplomacy, lies instead of truth, hairdresser-saloon hearsay against facts and truth, anything goes in the attempt to derail the one nation with the guts, gumption, grit and wherewithal to counter the evil hegemonistic plans of Washington and its chihuahuas.

Drawing the time line at the beginning, let us analyze what is happening and let us see the movie developing from a distance. The political system in vogue at present is the corporatist model controlled by the $inister $ix $isters which control the policies of Washington and its chihuahuas, namely the BARFFS (Banking, Arms, eneRgy, Finance, Food, Pharma/DrugS Lobbies). The BARFFS live off resources and as history has shown us when they have none themselves, they invade countries and steal them. Ask Africa, the victim of a silent Holocaust which claimed seventy million lives.

Russia for them is kosher when it is ruled by something that bends over when told to and allows foreigners to steal the country's resources. Russia for them is not kosher when someone like Putin comes along, slams his fist on the table and says loud and clear that Russian resources are for Russians, managed by Russians. What the BARFFS want is to see Russia divided up into, say, one hundred micro-states each one with a BARFFS-friendly government allowing foreigners to syphon off the vast resources of this country.

The game starts with promises made to the then-USSR about friendly relations, about NATO not encroaching eastwards, about a new world order based on partnership. It then quickly morphs out of control with the help of the media, using buzz-words and expressions such as "collapse of the Soviet Union" (absolute nonsense, it did not collapse, it transformed from the Union to the Commonwealth as per the terms of the Third Soviet Constitution, without consulting the people, or has everyone forgotten that?). There then ensued acts of provocation in the Balkans, and then in Russia itself (Chechnya), then on Russia's frontiers.

Before Georgia in 2008 we had a spectacular example of war crimes and an illegal invasion of Iraq to test the waters, where military hardware was deployed against civilian structures, where fields of cereals were strafed by NATO aircraft to starve families, where Depleted Uranium was deployed leaving swathes of territory poisonous; beforte this we had the illegal interference in the Republic of Serbia, backing terrorists (Ushtria Çlirimtare ë Kosovës, UÇK or KLA) and the illegal act of kidnapping and subsequent manslaughter/murder of Slobodan Milosevich, who died in custody while being held illegally and without being found guilty of any of the crimes leveled against him.

With Georgia we had another act of provocation in which Georgian forces attacked Russian peacekeepers in South Ossetia and were building up to do the same in Abkhazia, territories which under the Soviet Constitution had necessarily to have status referendums on which way the people wanted to go and into which Republic they should integrate. Georgia refused to hold these referendums.

And since Georgia we had Libya, a shocking act of barbarity in which NATO interfered in the internal affairs of a sovereign state, sending the country with the highest Human Development Index back into the dark ages, fragmented and crawling with terrorists. Not to mention Afghanistan, started in 2001 and ongoing, where "allied" troops are photographed guarding opium fields, where opium production has risen and where Talebaan fighters are seen escorting NATO convoys, paid, like WTF?... and not to mention Syria, in which the same side once again allied itself with terrorists as it did in Libya, terrorists which raped little girls before and after they were beheaded, which raped nuns savagely in every orifice of their bodies, which impaled little boys on stakes and which ripped the hearts out of Syrian soldiers and bit into them.

So we see what we are up against. And if all that were not enough today we have the idiotic acts of provocation in the Baltic where a handful of NATO soldiers are cavorting around like toy soldiers claiming to keep their countries safe. From what? Jupiter? Ah and yes, we have Ukraine as the latest act of provocation.

It started off well before the so-called protests in Independence Square, Kiev with subversion and organization of protesters who took to the streets in November 2013 and in late February 2014, shots were fired from the sixth floor of Hotel Ukraine on the protesters in the square below to create a "cause", the democratically elected President was ousted in an illegal coup, massacres were perpetrated against Russian-speaking Ukrainians (this story seems to have disappeared from the Western media) and Fascists shouted slogans such as "Death to Russians and Jews". As a reaction, Russian-speaking Ukrainians defended themselves in South-East Ukraine and in the absence of the due legal force in the Republic of Crimea, the Legislative Assembly, now the organism with due legal force, organized a referendum on status and over ninety per cent of the population (Russians) voted to reintegrate Russia. It's called Democracy. Maybe Washington and its chihuahuas should try it some time.

What the BARFFS wanted Russia to do was to roll over, drop its pants and say "sock it to me, babe". With another leader, that might have happened. Not with Putin. So now we have instead, economic warfare with sanctions, more sanctions and increased sanctions, trying to tie a knot around Russia's throat and tightening it, now linking Crimea to Abkhazia to South Ossetia, to state-sponsored terrorism without a shred of respect for the law and the facts. It is by now crystal clear what the West wants.

It wants to strangle the Russian economy to create unrest in Russia and create political movements against Putin. It then wants to instal a west-friendly government which will see Russia fragmented, sooner or later, into a myriad of republics, each one with their resources controlled by foreigners.

That is what the sanctions are about. Let us see whose side God is on.