Yulin, China: Where dogs are tortured to death and eaten

Yulin, China: Where dogs are tortured to death and eaten 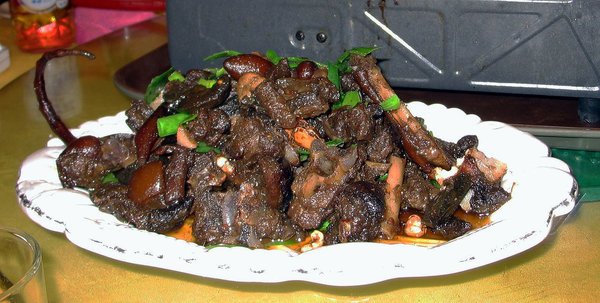 Any society which permits shocking acts of cruelty to animals is one without morals, without values, one of sub-human parasites. Reader discretion advised.

I apologize to the many Chinese citizens fighting for animal rights and I apologize to the growing number of Chinese speaking out against this outrage. Hoping that more and more media outlets will take this story up, I am about to fire with both barrels. Reader discretion advised, this is very disturbing to write and probably more so to read.

Not in Yulin, China. They are kidnapped from their homes, thrown into a cage and carted off to the dog meat festival, where they are skinned alive, boiled alive, or simply hacked to death with a meat cleaver. Their terrified eyes show as much confusion as horror because just an hour ago they were curled up on the sofa sleeping soundly and feeling safe.

"Give me that one, a leg". Chop! The animal is left screaming in pain and shaking in fear, bleeding to death as "the leg" is skinned and tossed into a pan to be then mixed with vegetables and consumed by the sub-human piece of excrement grinning all over his face in anticipation of his meal.

"That one, the little one, whole!" The little dog which spent three happy years with his loving family is skinned alive and thrown into a cauldron of boiling water, still alive, its last final yelp punctuating the surreal movie developing around it. But this is no movie, it is Yulin, the Chinese dog-meat festival.

In 2017 the Chinese authorities made cynical noises about clamping down on the festival but in the end it went ahead. They made these noises because of international pressure to stop this demonstration of traditional Chinese values, the reason for allowing it to go ahead, yet it only started in 2009. It takes place during the hottest period of the year, June 21 to 30, the idea being that eating dog meat at this time cleanses the body and makes men more potent.

This year, the festival is taking place right now as you read these lines despite the millions of protests from around the world. Translation: the authorities of the People's Republic of China could not care less and so this outrage will go ahead year after year, tens of thousands of dogs will be butchered each and every year and nobody will do anything to stop it.

Minny is a fluffy little mongrel, much loved by her human family and a special friend to their autistic son, who lives for his dog. Right now she is hanging on a hook, just alive still, with a slit from her anus to her throat, her intestines hanging out, as a Chinese festival-goes eyes her up and asks whether he can have her grilled, but still alive to make the meat tastier.

Now as Yulin 2018 runs, and we can feel the nightmare these animals are suffering right now, let us do something to make this the very last act of butchery in this gateway to Hell, Yulin. What are your local politicians doing to stop this? Nothing? De-select them. What is your representative doing to stop this in Congress or Parliament? Nothing? De-select him/her. Write to the local and national media demanding action from representatives, petition your Prime Minister to pronounce him/herself on the issue, petition your President. Boycott Chinese products (Barcode reference 690 - 695 GS1 China). Petition the local Chinese Embassy or Consulate. Search for how to contact Chinese officials/the Presidency. Use celebrities to champion the cause. Do not stop, start now and continue every month. Losing steam and giving up is condemning thousands more dogs to this hideous end. Boycott businesses doing deals with China. Boycott Chinese restaurants and shops. Let them know why. Make it hurt, make it happen (within the law).

Ro was five years old. He rescued his human sister, the five-year-old girl he grew up with, when she almost drowned in a lake at the age of three. You can see Ro in the picture below. He was skinned and deep-fried alive. Welcome to Yulin, China.

By any international common values or morals, the Yulin dogmeat festival is barbaric, unacceptable and does not run in tandem with our times or with basic human values. Let 2018 be the last year of this outrage and let us all spend this entire year working together to make this happen.

It is monstrosities like this that bring us all together, men and women, Christians, Moslems and Jews, black and white, brown and yellow, Africans, Latin Americans, Eskimos, Americans, Indians... and we all collectively express our disgust at the People's Republic of China for allowing this cancer to infect their society, and worse, to allow this to continue despite the protests. With Yulin, the People's Republic of China is NOT part of our international community. 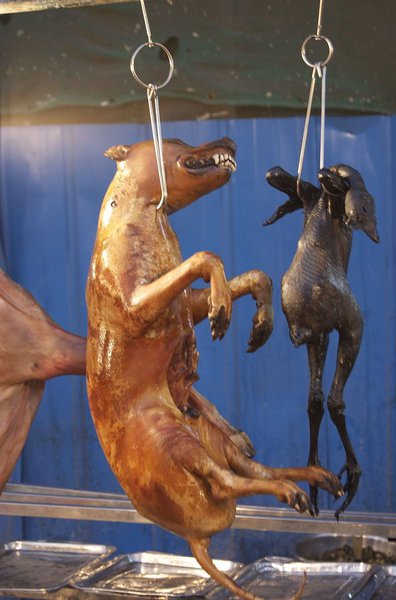 Imagine some Chinese butcher stole your dog from your home then burnt it with a blow torch until it was so defeated and terrified that it just gave up, stopped twitching and accepted its fate with a sullen, lost and beaten look in its eyes as its happy life flashed past it.´Well that is happening right now and has been going on for a decade. STOP YULIN!