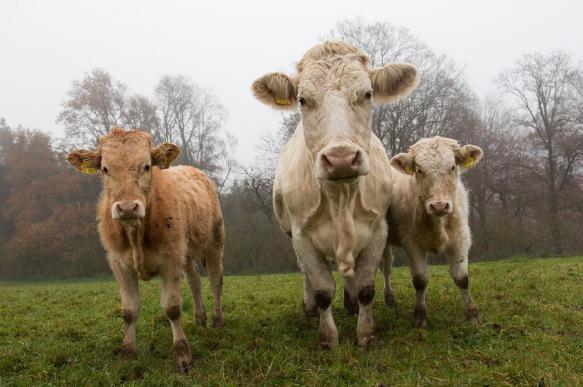 In a world where competition for resources is increasingly fierce, sustainability is often seen in terms of reducing over-consumption.

This is especially true when it comes to animal production, with some calling for a worldwide switch to entirely plant-based diets to reduce pressure on the environment.

But the truth is sustainability is not so straightforward. Those offering such a simple solution for global food security miss at least two important points.

Firstly, we do not compete with livestock for resources as much as we think.

A recent assessment led by Anne Mottet at the Food and Agriculture Organisation (FAO) found that 86 per cent of what farm animals consume is not fit for human consumption.

So, while it is widely understood that livestock consume around a third of the cereals that could feed people, in reality their diet is mainly composed of grass, crop leftovers and other by-products not currently eaten by people.

This is especially true when animals are raised grazing on pasture and not in carefully controlled feedlots. In such circumstances, livestock actually help optimize our use of natural resources by eating grass, crop residues and by-products that would otherwise be left to waste.

And this is an area of untapped potential on which we should capitalize: by converting more non-edible materials to edible.

Livestock also make use of land that we cannot farm. Around two-thirds of the world's pasture isn't suitable for crop production, but it can be used for raising animals. And these animals often contribute to healthy ecosystems through recycling crop waste as well as providing natural fertilizer.

Of course, we can still improve on how we manage livestock and land, as we heard at this week's Global Agenda for Sustainable Livestock meeting in Mongolia.

Recent efforts to improve the sustainability of animal production in Japan, for example, have meant that 50 per cent of previously wasted leftovers are now used for livestock feed. This allows for fodder crops and cereals to feed more people and reduces the amount of wastage.

The second point is that even with the significant demands of food producing animals on feed and land, it is dangerous to see livestock in the context of environmental impact alone.

Giving up on meat, milk and eggs to feed people with plants also means giving up on the only source of livelihood and income that many of the world's poorest have.

Where people are facing extreme climate shocks, natural disasters or conflict, they often cannot grow crops but they may be able to raise chickens or goats, for example. This has an impact on not only their own household food and nutrition options but also their ability to earn a living and pay for nutritional food, medicines and education for their children.

In many parts of the world, crops and livestock are part of the same farms and are interdependent, as animals are used for transport, traction and plowing but also to fertilize the crops with manure.

In these cases, not only is it inappropriate to imagine life without livestock but it is simply unrealistic. Livestock are integral to the fabric of life in many developing countries, representing a sellable asset, a source of power and energy, natural fertilizer and waste disposal, and a provider of nutritious food.

What we really need then are ways to live alongside livestock that place fewer demands on the planet. This includes improving the feed selection for animals, including how we grow animal fodder to ensure it uses only as much water, land and energy as necessary.

It also includes making more use of the crop residues that cannot be consumed by people, minimizing the amount of human-edible food consumed by livestock and promoting the safe recycling of crop by-products and waste.

But livestock must remain on the table for those who depend on it for its health, nutrition, economic and cultural benefits. And they must be supported to find ways to maximise these benefits for people and planet.