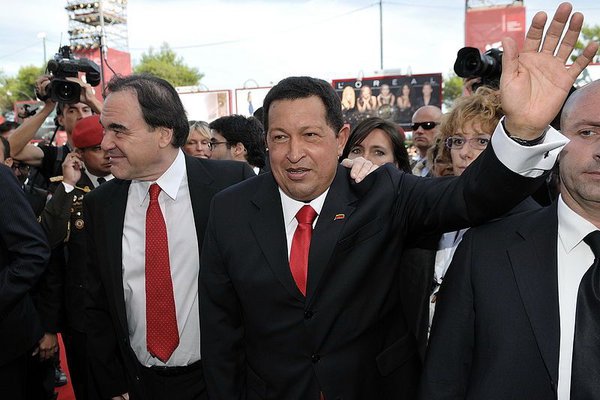 In an exclusive interview with Pravda.Ru, US filmmaker talks to Edu Montesanti on the presidential elections in the Caribbean country, and its importance to Latin America. "The left will come back in Latin America, more likely sooner than later," says Oliver Stone

Edu Montesanti: Great Oliver Stone, Pravda and I personally would like to thank you so very much for the honor of interviewing you, and congratulate you for your matchless contributions for peace, and social justice all over the world.

What are your thoughts about the Democratic Unity Roundtable's (MUD) and Washington regime's boycott to the Venezuelan election?

Oliver Stone: It is part of a strategy of both the MUD and the Trump administration of dismissing the election in favor of extra-legal regime change. It is also convenient for the MUD, because the opposition cannot agree on a candidate, and if they had multiple candidates, they could easily lose.

Of course, both the Bush and the Obama administrations pursued regime change most of the time for the 15 years preceding Trump. Examples include the 2002 military coup, which Washington was involved in; and in supporting the 2013 violent street demonstrations that rejected the presidential election results, which were not in doubt.

The US has also poured many millions of dollars into Venezuela through the National Endowment for Democracy, USAID, and other sources that are public and included in the US federal budget -- not including any covert aid -- to promote regime change.

Edu Montesanti: How do you see both sides in this campaign, President Nicolás Maduro who seeks re-election, and the opposition?

Oliver Stone: Well, your first question was about the MUD, and they are boycotting. But there are actually four candidates opposing Maduro, and one of them is ahead of all the others, and according to the more reliable polls has a good chance of winning if people vote. That is Henry Falcon, a former Governor and military officer who is more of a centrist than the far-right-led MUD coalition.

The US government threatened him with personal financial sanctions if he entered the race, because, as I noted, they don't want an election. And they don't want a centrist candidate who might try to make peace with the Chavistas if he were to win.

Basically, Washington and the MUD believe that the government can be overthrown as hyperinflation accelerates and the economy continues to decline.

At the same time, the Trump administration has imposed a financial embargo on Venezuela, which makes it nearly impossible for the Venezuelan government to borrow internationally or restructure its foreign debt.

So they are basically telling the Venezuelan people that their suffering will get worse so long as Maduro remains in power, and exacerbating the shortages of food, medicine, and many other goods, as well as hurting oil production, which the economy depends on.  Despite the depression and hardships of daily life, the country remains politically polarized. If you look at the crowds of pro-government and anti-government demonstrators over the years, you can see the difference in class and also race -- since the two are highly correlated in Venezuela, as in most of the Americas.

And millions of Venezuelans got health care, college education, and pensions for the first time in the 21st century under Chavez and his party.

So, even though the depression and hyperinflation have erased many of these gains, the government still has a base of about a third of the electorate.

That's why, no matter who wins the election, there will have to be a negotiated solution in order to resolve the political crisis. And whoever wins will have to fix the economy.

What is the importance of this election to Latin America, especially in this moment of an agressive advance of hate, intolerance and attack against human rights and social justice in favor of local elites, all over the region?

Well, the last few years have definitely been a period of resurgence of the right in Latin America.

In Brazil, President Dilma Rosseff was impeached in 2016 without even being charged with a crime and replaced with a right-wing government.

And now Lula, who remains the most popular politician in Brazil, has been imprisoned under the most dubious of legal procedures.

Convicted without material evidence on the basis of plea-bargained testimony from a witness who was cut off from plea bargaining until he said what the judge -- who did not hide his political motivations -- wanted. And all this to prevent Lula from running in the October presidential election, where he has a substantial lead in the polls.

And in Argentina, there is a right-wing president since the end of 2015, and he is also using the legal system to persecute the former president Cristina Fernandez and other officials of her government.

These new governments are very loyal to the US government, which has helped them, and very allied in terms of foreign policy in the region. So there has been a serious reversal.

There is an attempt to get rid of the Nicaraguan government too, and Washington is pouring millions of dollars into that effort as well, according to the US federal budget.

It so happens that the left governments that were elected in the 21st century -- in Argentina, Brazil, Venezuela, Ecuador, Bolivia, Uruguay, Paraguay, Nicaragua, and others -- asserted their rights to self-determination and national sovereignty as perhaps never before, on so large a scale, in the history of the region.

And so, naturally, they ran into trouble with the US, which considers the region its "backyard." I think that is a very important part of the context in which we can see what is happening in Venezuela, although the role of the US is almost never mentioned in the major media.

But this reversal is temporary. The right doesn't offer any solutions to the problems of economic and social injustice that propelled the left, pro-self-determination movements and governments to power.

Brazil's President is deeply unpopular, and in Argentina, President Macri is also in trouble half-way through his term. And in Mexico, the leftist candidate Andres Manuel Lopez Obrador (AMLO) is expected to win the Presidency in six weeks, an unprecedented, historic event if the polls are correct and it occurs.

So the left will come back in Latin America, more likely sooner than later.