The coverage of Spanish television on Korea

The coverage of Spanish television on Korea 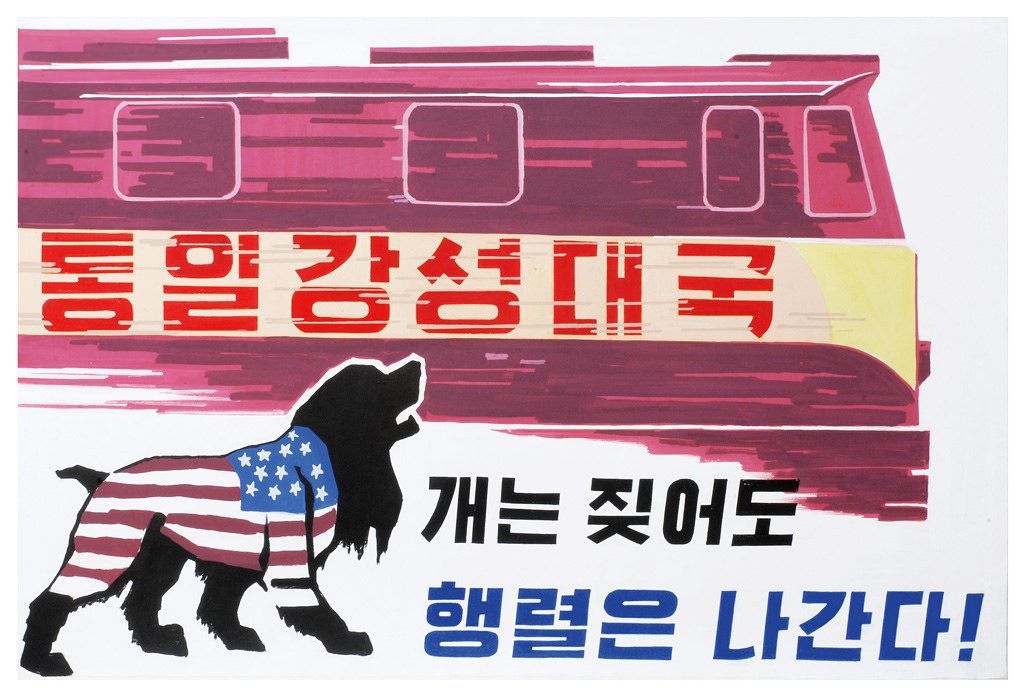 Taking advantage of the moment of greater relaxation on the Korean Peninsula in decades, the Spanish television (TVE) scheduled a special in its program "The Thematic Night", with the issuance of two documentaries whose titles give us clues as to where the shots will go: "Dollar heroes", and "Kim Jong Un, unauthorized biography".

On the website of the program they told us extensively about what the topic was going to be. The headlines give us even more clues: "North Korea, cruelty in power." And then: "150,000 workers work abroad to send foreign currency to the regime, including in the EU"; "Most citizens see Kim Jong Un as a deity."

We can go commenting on the long text that comes next from these headlines in the aforementioned TVE website, where sensationalism, nonsense and direct errors are happening without apparent rigor.

The first documentary deals with the possibility that all North Koreans who (even in the words of the chronicler) "work abroad", do so forcibly to get currency. That is to say, it is not clear to us if they work abroad as immigrants, or are subjected to forced labor outside their country for some strange reason.

"The salary of these workers is transferred directly to the government." Alright, so they do have salaries. We could ask how they subsist if all their money is transferred. But it is that the documentary itself clarifies it next, in the words of a North Korean deserter who now lives in South Korea: it turns out that they do not transfer all their salary: only 7%. Even so, already at this point we begin to believe few things.

So, is it possible to live with that salary? In the Democratic People's Republic of Korea of course it is. We do not know from what quantity is that 7%. We do not know that salary. What we do know (from the KFA and from our own experience), is that in the DPRK there is full employment, that housing, education, health, clothing and food are free, that prices are extremely low, that public transport is very cheap, and a long etcetera. On the other hand, there are no taxes since 1974. The money comes from the same place, but it is not taken away from the worker. You could even live without a salary, and I insist that this is not the case.

But it is that according to TVE, that 7% is invested directly in the "luxuries" of the leaders (luxuries that, apparently, can only be paid in foreign currency), and in the nuclear program (which has ceased completely since April 20th). Again, within the ridicule of the speech, these people also handle information not updated, we assume that on purpose.

One thing is certain: Korea needs currency, and because of the unjust sanctions and the brutal blockade to which the DPRK is subjected, it is difficult to obtain it. But TVE goes further. They affirm that there are North Korean "local supervisors" in foreign countries and companies. They are there watching over their compatriots. "With the boost of lower wages than ever, the rest of the world is complicit, as they help the North Korean regime to achieve its ambitions, especially to finance its nuclear program, endangering all humanity." Well, let's then judge the "rest of the world" in The Hague, I do not know. In other words, the world is an accomplice ... of Korea? Who is right now (and for a long time) endangering all humanity? Korea?

According to TVE, in Korea nobody complains, but that is because there is a huge "propaganda machine" that makes everyone think the same. Does anyone really believe this stupidity?

"Some North Korean workers asked the Russians to pay them directly. But they arrested them. They disappeared in prison camps." Who arrested them? The Russians? Korea itself acting outside its borders? Where are these prison camps? But it is that the documentary affirms that, before reaching the point of making people disappear, they are blackmailed with their relatives, who "would pay the price" ... But what price? That 7%?

And, what are the intelligence services worldwide that normally operate outside their borders?

"Thae Yong-ho, a former North Korean diplomat in London, has insider information of the global system of these North Korean labor brigades." We can not believe the word of a deserter, someone who has betrayed his country, his great family. Personally, we trust the real diplomats, who do have privileged information, who communicate it to us, who try to do their job in difficult conditions, and those Koreans who have been expelled from the host country by right-wing governments that are missing the most basic standards of diplomacy, hospitality and education. These governments respond to the voice of their master when they are required.

One of the directors of this documentary, Carl Gierstorfer, presents himself on his website: "I am a Berlin-based filmmaker with a passion for telling stories about people, science and nature. I studied biology at University College London. You know the stuff: Darwin and evolution. Animals and viruses. Genes and genealogy. It's all connected in weird and wonderful ways; an eternal playground, where I find the topics for my films." Does not this sound like social Darwinism? It gives a little scary.

Next, another documentary: "Kim Jong Un: unauthorized biography". The director is Anthony Dufour, a Canadian filmmaker who had previously made insulting documentaries about Korea.

Here TVE speaks of Korea as a "hidden world" and asks "what do we really know about the North Korean leader who has ruled his country with iron fist since 2011?" Well, apparently TVE knows a lot, because they make a dense and detailed chronicle of the life of the Marshal ... without giving even one, by the way. And those who rule with an iron fist the DPRK are the Korean Working Masses, who possess the means of production, and therefore have their own destiny in their hands.

"The majority of the citizens of North Korea see Kim Jong Un as a deity." Well, DPRK citizens know perfectly well that Dear Marshal is made of flesh and blood, I can not think of another way to express it.

In between, TVE inserts a photo that reads: "Kim Jong Un presence the test of a nuclear bomb". What you see is the test of a ballistic rocket (it is complicated to look directly at a nuclear test).

To finish: "North Korea has also developed electronic warfare units that are among the most powerful in the world. Those units were the ones that attacked the Sony movie studios in the United States after the premiere of a humorous film that openly mocked Kim Jong Un." First of all, this attack is false; second, if it is true, the DPRK would have been fully legitimized for such an action. In addition, we have enough of cultural cold war and watching rubbish on TV, have we?

What is Spanish television trying to do? Align with the disgusting Yankee imperialism within a strategy aimed at boycotting the obvious and crushing advances that are taking place in the North-South Korean talks. Conversations, we must remember, promoted by the North part in the wake of the last Winter Olympic Games. So then again, although the dog barks, the train of Revolution continues its march!