The Immorality of Neoliberalism

If we speak of liberalism, or neoliberalism, in today's society, it's usually in a negative sense. And that is remarkable, because liberalism was originally intended to 'liberalize' the citizen, that is, to free him from the ruling elite. How then did modern liberalism become a new instrument of oppression? And why is it time to take a new look at this prevailing system? 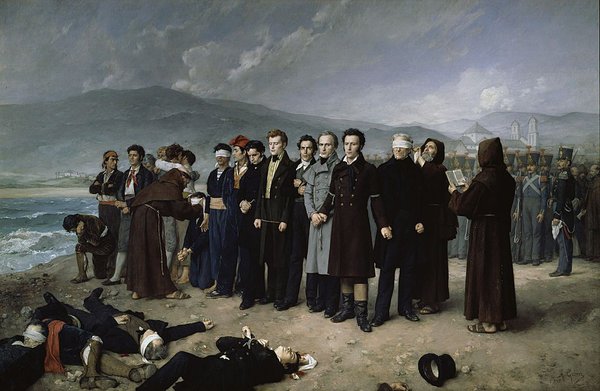 As much freedom as possible

Liberalism is more or less a product of the French Revolution, in which both the middle and lower classes revolted against the oppression of the nobility. A revolt that, considering the absolutist power of the latter, was fully justified. Freedom, equality and brotherhood, that's what it was about.

After the overthrow of the feudal rulers, it was time to establish a society in which the individual enjoyed as much freedom as possible. In essence, liberals (and neoliberals) strive for a society in which citizens enjoy great liberties, such as the civil rights that protect the individual, and measures that limit the power of the state. So in that sense, liberalism has brought us a lot of good.

Yet this formula (as much freedom as possible equals as little government as possible) is the instigator of much inequality and oppression in modern times. Why?

One of the things the liberals wanted to relieve from those in power was the economy of a country. There had to be a free market. With such an economy, it was thought, people were no longer dependent on the whims of the king or a feudal lord, and everyone could get a fair wage. In the free market, everyone would pursue self-interest, but thereby create collective wealth. This was called the self-regulating effect of a market.

And that's where the problem lies. Because in a free market we may be liberated from the feudal ruler, but we have unwillingly gained a new ruler. Namely the market itself. The self-regulating market has become the new holy grail. The new king.

In today's reality, liberalism means freedom for the few and oppression and low wages (increasing modern slavery) for most. Efficiency and increasing profit are the highest good in the capitalist system. The more liberal the policy, the greater the difference in income. People are encouraged to cannibalize each other and take advantage at the expense of others. Everyone has become a competitor, so nobody can be trusted. Welcome to the competition society.

Liberalism wants us to believe that success depends on individual efforts and talents. "Every person is equal," says liberalism. But this starting point ignores the fact that people are born in different socioeconomic strata. People are equal, but their social and economic positions are not. Your environment and your origin matter. If we are born in a prosperous country, if we have rich parents, then we are privileged, but if we come from a poor country, or if we have poor parents, then that is decisive for the future and that is what separates people from the first moments of the life.

In other words, liberalism may have begun with noble ideas, but a completely free market has created a new inequality: that of the haves and the have-nots. The rich, who are able to control the market, have in fact become the new nobility.

Everyone is considered responsible for his own success. You must develop skills to increase your personal market value. You have to succeed at the expense of the other person. Liberalism is a policy by and for the elite and excludes the majority of the population. 1% of the population rules over the remaining 99%. Neo-liberalism, which gained traction after World War II, should have been an adjustment of the initial liberalism, but has only become an unbridled continuation of the latter.

What is the influence of liberalism on social and personal morality? It is devastating, as we can see everywhere.

Social ties and solidarity are systematically broken down. Market competition is not limited to education and the labor market, but is also expanding to social life. In the meantime, healthcare has also become a product. As a result, the efficiency of a nurse is measured by the number of minutes he or she needs in order to bath an elderly man or woman.

Overall, it is much worse. Millions, if not billions, of people have been killed, starved and oppressed for the greed of a few. Entire tribes have been massacred, countless animals are already extinct or are seriously threatened by extinction. Our Planet Earth is totally robbed, destroyed and poisoned.

The society has grown into a mentality of, 'the winner takes all'

The result is that more and more people drop out and that the self-respect of people is seriously damaged. Humiliation, guilt, shame, fear of failure, burnouts, stress, depression, suicides are the order of the day. Lying and cheating, just to look better, otherwise you will be mercilessly punished. Bullying and evil talk about others, often minority groups, to preserve and confirm that 'feeling of superiority' and that undermined the natural connection between people. People are competitive, but also social, because a person alone can not survive. We are social animals, we need the other person. Cooperation instead of competition.

Neoliberalism, it seems, brings out the worst in us. If money is morality, then everything is allowed.

On to a new world vision

In short: what was supposed to free us from oppression has become the cause of worldwide oppression. Our modern governments are defenders of capitalism and liberalism. That we live in a democracy is a mere illusion. In fact, we live in an oligarchy and a kleptocracy that pretends to be a democracy.

"We should strive for a stricter business and political morality, with justice and fairness as the basis. A construction that stops the growing inequality, adequately rewards 'simple' labor, distributes wealth more fairly and limits market excesses." Roxane van Iperen  in Vrij Nederland

It is time that we look for a new world vision. A vision that focuses on the sanctity of all life.