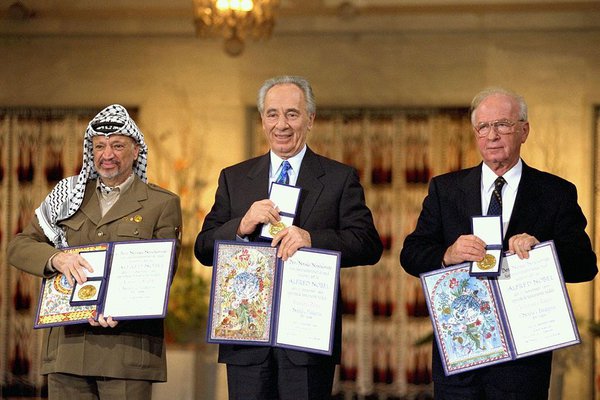 Let us start with Lula da Silva, ex-President of Brazil, now sitting in a prison after a politically motivated case and trial removed him from certain victory in this year's Presidential election. In any civilized country with a civilized legal system which implements and respects due legal process, Luiz Inácio Lula da Silva would today be a free man contesting the elections this October, for what would be his third Presidency. Not in Brazil.

Not in Brazil, where his predecessor, the democratically elected Dilma Rousseff was removed in a palace coup by those wishing to sell Brazil's resources off to their American bedmasters simply because Dilma's only crime was to begin to crack down on corruption. Just investigate the Brazilian Senate and Chamber of Deputies and you will see the type of creatures we are dealing with. In Brazil they are called, in Portuguese, "da Bala", "do Boi" e "da Bíblia" or the group of the Bullet, the Cattle and the Bible.

Now Google up what is happening in the Amazon where indigenous populations are being machine-gunned in a policy which targets children so that they will not grow up, then the rainforest can be bulldozed and turned into ranches for cattle. With this sort of person?... governing the country it is easy to see the scenario favorable to Fascist tendencies and therein the huge problems Lula faced. Nevertheless, the former shoe-shine boy and metalworker managed to make a real difference in the lives of millions of Brazilians.

And this difference is visible for those who know Brazil better than many Brazilians who sit in their comfortable offices in the South of the country and who will no doubt come flocking here on the comments section if the piece is not blocked out by the authorities. Lula's two-term Presidency from 2003 to 2011 saw earnings and employment increase, poverty decrease as forty million people were lifted out of a subsistence economy and the GDP grew as Brazil finally assumed its place on the world stage.

Oh no you don't, came the word from Washington, the capital of the country which tried to ruin the Brazilian cotton trade several times over. And Washington's bedboys in the Brazilian Senate and Chamber of Deputies jumped obediently. How high? They cooed. Very high said Washington, which wanted Brazil's vast mineral resources. And a huge nature reserve was opened to mining companies and tenders and deforestation and dessecration and sh*t.

This was Temer, the backstabbing eminence grise hiding behind the curtains in Planalto Palace, Brasilia, waiting to slit Dilma Roussef's political throat. It was not Lula, who faced with thousands of Bullet merchants, Bible bashers and Cattle rustlers in the Brazilian elites, pulled his country up from the bootlaces internally and externally and today sits in a prison cell as a consequence, charged with appropriating an apartment but without any conclusive documentary evidence. In any civilized country, the case would fall flat. Not in Brazil, a country with its cujones caught in Washington's vice, a country which saw the best President ever thrown into jail as the people looked on and shrugged. They say every people gets the leaders it deserves...

The very least the international community can do is to do for the Brazilian people what they are utterly incapable of doing themselves, in other words honoring the man who freed millions from the yoke of poverty, spreading Brazilian social programs across the globe, by awarding him the next Nobel Peace Prize.

In conjunction with? Now those who said Trump must want their brains tested for syphilis. Obama was a prime example of why the Nobel Peace Prize should never be given to a President of the United States, after receiving it in good faith and good hope and the charity he returned was to transform into Obomber. Trump has done the same, twice. The man is as fit for the Prize as a serial pedophile is to work in a grade school as janitor.

Chairman Kim and President Moon have taken important steps to bring lasting peace to the Korean Peninsula through diplomacy and emotional intelligence, something Washington does not get. What do you expect from idiots who believe that humankind cavorted with dinosaurs or from others who brag about "grabbing pussy"? What happened last week on the borderland separating the two Koreas was an example of a diplomatic and political approach to crisis management, an approach which demonstrated mutual respect, a bilateral and egalitarian example devoid of high-handedness, jingoism, arrogance, bullying and chauvinism, Washington's ABC of its eternal insult to democracy.

There is no place in this new world for yesterday's USA, increasingly irrelevant, gutless, powerless, relegated to making empty threats  then standing back and watching as the DPR Korea reached full nuclear status then voluntarily ceased its programs but from a position of strength. The reason the USA today presents itself as a groveling giant wallowing in a stinking cesspool of its own making is that nobody likes a bully and while they may make the right noises when speaking to the bully's face, they are ganging up behind the bully's back.

Washington today is isolated from the hearts and minds of the international community along with its handful of yapping chihuahuas, presenting an even more risible and pitiful picture as they squint their eyes and wag their tails in ecstasy as they receive a treat and a pat on the head, and a request to jump for daddy.

Lula, Kim Jong-un and Moon Jae-in deserve the next Nobel Peace Prize because they walk hand in hand with the collective will of the world's population today. We want to see peace, brotherly relations and universal friendship, we want to see crises resolved through a multilateral approach using diplomacy, not threats and murderous bombing campaigns, we want to see education and development over deployment and insolence.

Look where the policies of Washington and its yapping chihuahuas have gotten us since the beginning of the 1990s. Back then you could step off an aircraft practically anywhere and go exploring. I rest my case.

Join the English Forum at Pravda.Ru, the most international forum on the Internet