Defending the Social Media with the four-letter word

Defending the Social Media with the four-letter word 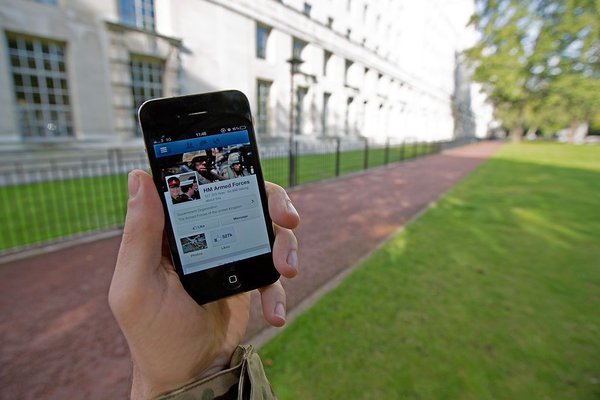 An attack is under way against the truth-seeking social media practising data democracy. What is unacceptable is that the liars accuse the truthseekers of lying

Today's news headlines speak against Russian bots "spreading false news" and querying the institutions which produce results favorable to the west and unfavorable to Moscow. The insinuation is that of course the western sources are right because they are staffed by righteous and honorable people who would never invent a lie in their lives and anything that dares to question their words is automatically spreading lies. A four-letter word in respose: Iraq.

Let us imagine a judgement in a court of law based on the following precept: OK you killed my sister. No I didn't. Yes you did. No I didn't, when did it happen? It happened last Friday. Can't have been me, I was in Australia. Well that doesn't mean you didn't do it. What proof do you have? Well, none, except it is highly likely it is you because you killed a cat when you were six and so you would probably do the same thing again and anyway there is no plausible alternative explanation.

The case would fall flat in the first instance.

Now what is totally unacceptable is the fact that those who in the past have peddled lies as the truth now state that those daring to question their version of events are making things up and are disrespecting their institutions. Facebook accounts have been closed down, Twitter accounts blocked.

Forgive me, but I do not accept and will not accept this form of argumentation. In 2003, before the invasion of Iraq, I told Prime Minister Blair and President George Bush in crystal clear terms in this column and in private correspondence that they were about to make a monumental mistake. My first point was that any resolution to go to war outside the UNSC and without a separate resolution on the same question by the same institution is by definition of the UN Charter, illegal. My second point was that the evidence for Weapons of Mass Destruction had to be unequivocal and transparent.

And when they went ahead ignoring the advice, I told them that I had been right and that nobody would ever believe a single word they said, ever again. And before and since then, what have we seen?

Manipulations of the truth, half-truths, omissions of the truth and in their place, arrogance, belligerence and chauvinism, an ABC of bullshit delivered in daily doses. Let us remember when they said Milosevic was the Butcher of the Balkans when they forgot to mention the atrocities carried out by the Croats who had crawled into bed with their Fascist Nazi handlers during the War, when Serbia gave up her life to save Europe from tyranny? Remember the little darlings they chose in the UÇK (Ushtria Çlirimtare ë Kosovës, or Kosovo Liberation Army), in fact terrorists who attacked Serbian emergency services personnel, beheading them and harvesting their organs? How would they like it if someone decapitated their policemen? You would never hear the end of it.

There is no need to reiterate the continued lies about Saddam Hussein and his WMD. And others, about procuring yellowcake uranium, based on forgery of documents. The list of crimes is getting longer than the roll of paper and capacity of the pendrive. We can go forward to Libya, where Colonel Gaddafy was fighting marauding hordes of terrorists, raping women, decapitating boys and creating havoc, then accusing him of bombing his own people. Perhaps he should have done, right in the first days of the terrorist operation, run by NATO, which has totally destroyed the State. Have they paid for what they have done?

Then we had the fake photo of a Russian bank which in fact was written in Greek. After that decade-old photo-shopped pictures from Iraq and paraded as the current situation in Syria.

After all this, who the Hell in their right mind would not at least question their sources? We have every right to do so and there is not one Goddam person or institution on this planet that can state I do not have this right, this birthright. And this is what the social media is doing. Common citizens, like myself, networking to present what we perceive as the truth or to question the "facts" the other aside parades as the truth. What is the social media for?

These "institutions" which today pretend to be so shocked that anyone could dare to question what they say, are the very ones which paraded an insulting tissue of lies as the truth not just once, but time and time and time again. And they did so, so many times, that of course we take what they say with a pinch of salt.

This brings me, in conclusion, to the Skripal affair and the case of the chemical weapons in Syria. What motive would Russia have to use a deadly nerve agent in the UK on the eve of the Presidential election and before the FIFA World Cup? And why would the Russian State poison Skripal if he was anyway a double agent and had not lived in Russia for over a decade? And what evidence did they have that Russia's President was behind the attack? And what motive would President al-Assad have for using prohibited chemical weapons against terrorists in a area that his Armed Forces had under control and were about to move into? Every single time he is accused of using chemical weapons, it is in areas crawling with his forces in theatres of war where the terrorists are losing ground. Every single time!

The more we dig, the worse the stench, and now they are uncovering where the chemical weaponry was made, how it is delivered to the terrorists and they they have the audacity to parade this as a false flag event, blame exactly the innocent party, and use this as a pretext to help the terrorists further.

Those of us who have bothered to do any research, those of us who know Russia and Russians very well, are not fooled by this hogwash and these days neither is anyone else. The "sheeple" in fact do not exist, people are not stupid. You can fool them once and they believe you. Play the same card twice, and a few of them say What again? Thrice, and most of them begin to have doubts. Give them the tools to do their own research and we get to where we are today: they do not believe the industrial-military complex and the Lobbies which control NATO and its governments. They have lost the plot, they are disorganised and they have lost the media and public opinion war.

We, the people, do not accept this solution, interfering in sovereign nations, starting rebellions and then arming terrorists. If those who defend the said "institutions" had spoken to nuns in Syria as I have done, they would feel ashamed. Do you know what those nuns said? They said they trusted al-Assad's forces because they saved them and helped them from Satanic legions of torturers and rapists which entered convents, raped nuns, sliced their breasts off, raped them again before and after beheading them and then played soccer with their heads. These notable "institutions" are the ones supporting this filth and these wonderful upstanding "institutions" are the ones saying al-Assad perpetrated crimes when all he is doing is fight against terrorists.

So it is an insult to me and to the rest of those working in the social media to even dare to question our right to ask questions. I would agree that spreading falsities on purpose is as unacceptable as peddling lies as the truth but how many people who present their ideas as reputable and trustworthy, who have a gram of self-respect and reputations to defend, would do so?

Personally, I refuse to write about a subject until I have done a lot of listening and reading and only when I am 100 per cent sure that what I write is fact, do I proceed. I refused to write about Libya until I had a clear picture of what was happening, the same with Syria despite being asked, by many, to have my say.

So those presenting these outrageous claims today against the social media should do some serious introspection and be ashamed of their affront to our good work, practising data democracy, and their puerile attempt to hide the fact that they are the ones presenting lies.

Under their own arguments, they have done so before so it is highly likely that they are the ones with the wrong end of the stick because there is no pausible alternative explanation. So to defend the social media today, we use the four-letter word of yesterday: Iraq.