We are all Russians now!

It is difficult to judge just what to think of the tweets the present White Madhouse resident has been regaling us with. Are these the tweets of just another psychopath or of a frustrated boy still wet behind the ears. Are these the tweets of a real man with a sense of responsibility? Or is Mr. Trump merely doing whatever he is told to do by the "Deep State?" At any rate, the level to which the White Madhouse resident has been stooping (to say nothing of the shrieking by the deranged harpy acting as US representative at the UN) has never been reached in modern times. As a matter of fact, the entire US power elite seems to consist of the likes of mentally challenged sopranos such as John McCain and bloodthirsty cowards such as John Bolton. Even the vilified Nazis seem to have operated at higher intellectual, if not moral levels. 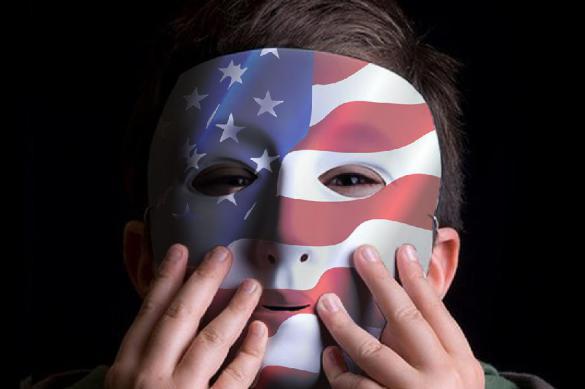 To my surprise, as citizen of an obedient vassal state that is firmly embedded in the US empire, and that merely conserves some of the trappings of an sovereign nation, I still feel ashamed. Ashamed to be associated (no matter how tenuously) with the band of bloodthirsty war criminals in Washington. Ashamed to be a citizen of a nation that took part in the 1999 genocidal bombings of Serbia (at least 6,000 killed), a nation that furnished NATO mercenaries for the recolonization of Afghanistan since 2001, and Iraq since 2003, that aided in the 2011 genocide in Libya (100,000 killed), and that today, like a faithful little dog, follows the Washington regime as it tries to unleash World War III.

When my country's government, back in 1999, collaborated with the ignominious NATO attack on Serbia, most of my compatriots saw nothing wrong in this. After all, they had been told by the state-run media that it was a duty to subject the Serbs to "humanitarian bombings" in order to make them stop killing Kosovars and others. The SS death squads operating at the Eastern Front during WWII were no doubt given the same justification for their mass killings: it was necessary to kill innocent men, women and children just to prevent WORSE killings. Thus in 1999, I realized that my country had turned fascist, bearing no essential difference with Nazi Germany. Perhaps different in the numbers of people killed, but not different in the justification for those killings.

Most people in my country and the other nations in Europe that are part of the US empire, take only a passing interest in international relations. The reasons are quite simple: even if they do not agree with what is going on, they have no way of influencing the unfolding of events. Sure, they cast their vote every few years, but somehow they seem to know that if their vote truly mattered, they would not have the right to vote. Even if they would stage mass demonstrations, or go on strike, it would not convince their governments to disobey the orders from Washington. Hence, most Europeans living under virtual US occupation (all NATO and EU nations), have opted for a life of watching trash TV shows, rigged football matches, consuming inferior food and drink, and engaging in shopping and assorted cheap thrills.

All this thanks to Europe being flooded after 1945 with a virtual tsunami of US garbage of every imaginable kind: soft drinks, cocktails, fast food, junk food, Hollywood trash (including the "stars"), noise and whining passing off for music, questionable bookkeeping methods, business and marketing practices, US "legal standards", adulterated educational standards and practices, gender neutral toilets, the list is endless. Europe has been receiving these priceless benefits after embracing the gospel of neoliberalism, first hesitatingly, and since the 1980s wholeheartedly.

It is no exaggeration to say that most Europeans, like most US people, are living in a virtual prison, in which money is the only value, the only means to measure everyone and everything. As the Italian philosopher Galimberto Galimberti has argued, where money is the only value, nothing has value. Nor are there any values: no faith, no friendship, no love, no loyalty, no manners, no culture, no history, nothing. That is because, where money is king, anything can be bought for money. Or can it? Even a half-wit knows you can't buy friendship or love, or loyalty nor anything else that you cannot actually touch with your fingers. That is what "Americanization" has brought Europe. Ever since destroying their own part of the world, US people have been busy trying to repeat their handiwork everywhere they set foot. Just ask the poor Okinawans what benefits "Americanization" has brought them. Or the people of Nicaragua, or the Vietnamese.

A hundred years ago, there was still a chance the US could bring benefits to the world. The power of money was not yet all-pervasive and supreme. There were still values, and the US still harbored enclaves of European Christian civilization, the highest level of civilization known to man. After reading about the inhuman labor conditions at the Chicago meat plants as described by Upton Sinclair in The Jungle (1906), president Teddy Roosevelt initiated special legislation ("pure food laws"). That would be unthinkable today.

A great many of these vestiges and traditions are to be found in Russia, which is hardly surprising, since Russia is a Christian, European nation. The current Russophobic hysteria whipped up by the Washington regime and its European vassals is designed to drive a permanent wedge between the Europeans in the West and those in the East, the Russians. And during the last couple of years the Washington regime has been trying to sell us a war against Russia.

When in 2001 the Washington regime took down the Twin Towers during a realistic, elaborate prime-time TV show, the French "quality" newspaper Le Monde headlined: "We are all Americans now."

At this juncture, it is about time the Europeans are reminded that the Russians are also Europeans. Thus one might say indeed: "We are all Russians now!"