Skripal case: The West will be happy only when Russia dies

What does the West want from Russia by stirring up the frenzy about the poisoning of former Russian spy Sergei Skripal? Can Moscow tone the scandal down? Why doesn't Russian officials follow the example of the British Secretary of Defence, who publicly asked Russia to "go away and shut up?" What lessons should we learn from this scandal? Pravda.Ru talked about it in an interview with political scientist Karina Gevorkyan. 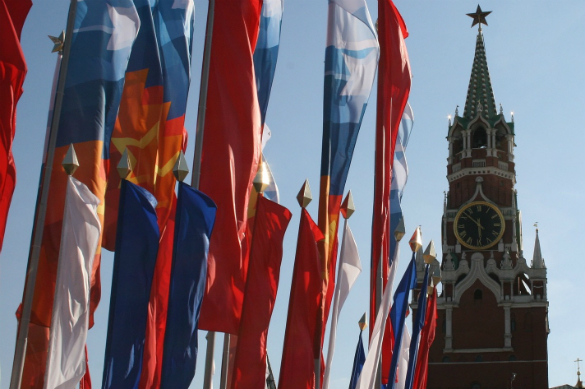 "The events that took place in the UK fit into the scenario to delegitimize the Russian state, the Russian authorities, the Russian elites - everything. All of us, all of Russia, should just die, you see? This confrontation between Russia and the West will last forever. Russia is not exotic for the West like China, India or the Middle East. The West perceives the world as its prey, and Russia an alien, a shadow that must be killed. We can see it in many aspects of life - in history, in literature, in culture in general.

"Russia does not want to be like the West, she does not want to become a part of it, and every time the West tries to suppress Russia, Russia fights back. They hate it, and they can never accept the fact that Russia wants to preserve its own identity.

"The West has been trying to deprive Russia of its historical identity for a very long time, because they see it as harmful and dangerous. One very smart and experienced English intelligence officer said in one of his interviews said that the British Foreign Ministry would rotate diplomats in Moscow every two years because they "fall in love with the Russians."

"The West sees Russia as another Syria. For Western politicians, Syrian President Bashar Assad is a monster, who has infants for breakfast and then goes to poison civilians with chemical weapons in the afternoon. The West has delegitimised Assad - Western countries will never recognise his power because of their own accusations that they ascribe to him.

"They think that they can break Russia and take her with their bare hands. They saw that the nation did not even move when the Soviet Union collapsed, so they assume that the nation will not move now either.

"The world order that existed before the collapse of the Soviet Union had been working after WWII too. Special services would interact, and there were special agreements between them. For example, after the Second World War, if one country would arrest a foreign spy, they would not be allowed to use any type of psychological or physical pressure against the spy. I once talked to a veteran of the foreign intelligence service, a very experienced person, and was very surprised when he told me that they were following those rules indeed. There were no broken bone or anything. The French, however, had broken those rules several times, so both the British and the Soviet intelligence would treat the French intelligence with a certain amount of arrogance, because they considered them bonebreakers.

"Then in the 1970s they agreed not to dig into personal life of intelligence officers. Those things were untouchable, even though it may seem very strange nowadays.

"Now let's look at the case of Sergei Skripal. The most evil prosecutor here is British Prime Minister Theresa May. The British are incredibly eccentric people, they sometimes may do wild things, and they are aware of that. Theresa May marches here alongside Boris Johnson.

"France and Germany took on the role of good investigators. They believe that the Salisbury incident was terrible, but one needs to look into it in detail. Of course, the UK instructed them what to say and what to do, but France and Germany still prefer to maintain a semblance of objectivity.

"All of a sudden, the United States that has always been the fist of this transnational paradigm, wants to act as the judge in this case.

"This reminds me of a remarkable caricature that appeared in 1903 or 1905 in the American comic magazine Puck. Russia was shown there in the form of a bearded peasant, untidy, gloomy and stooped, standing on a pedestal with frightened representatives of other nations around him - the Japanese, the Turks, the French, the Germans, the British, the Americans - and they all look very noble. The vile, ugly and terrible Russia is judged by the spirit of civilisation, an androgyne, a cross between Apollo and the Statue of Liberty, a hermaphrodite, a beautiful creature rising above in impeccable white robes."