Torture Is a Hallmark of US Invasions and Interventions

Torture Is a Hallmark of US Invasions and Interventions
The Revolutionary Association of the Women of Afghanistan's representative speaks out with Pravda.Ru about the International Criminal Court's decision to investigate crimes committed by all sides in the Central Asian country, since May 1, 2003. "There's no indication that US crimes have stopped occurring in Afghanistan," Friba says. 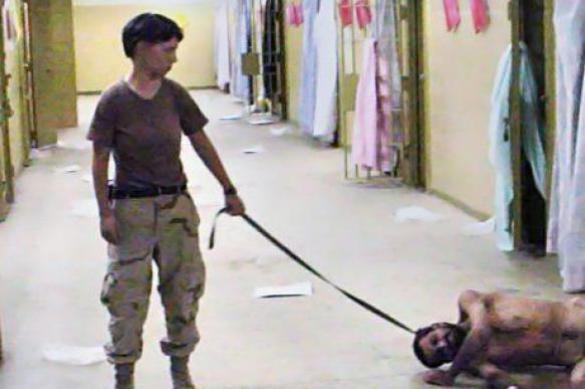 Edu Montesanti: The International Criminal Court (ICC) chief prosecutor Fatou Bensouda has said that there is "reasonable basis to believe" that U.S. forces had committed war crimes during the invasion and occupation of Afghanistan". According to the report handed down to the ICC by prosecutor Bensouda, at least 61 detainees were subjected to torture, cruel treatment and "outrages upon personal dignity," by US service personnel. The majority of incidents were believed to have taken place between 2003 and 2004, and allegedly continued until the end of 2014. Between Dec. 2002 and Mar. 2008, at least 27 detainees were also believed to have been subjected to similar treatment by CIA members, in Afghanistan as well as sites in Poland, Romania, and Lithuania. What are your thoughts on these facts?

Friba / RAWA's spokeswoman: Thoughout its history, wherever the US has invaded or intervened, it has used inhumane torture methods as a weapon to intimidate people and suppress uprisings.

Anyone who knows that bloody history of US, especially in South American and Southeast Asian countries, knows that the CIA has not only tortured - and eventually killed - intellectuals, leftists, and nationalists of those countries but has trained its reactionary, criminal puppet governments to follow the same methods. European imperialist powers, these loyal US allies, have followed the same formula in countries under their domain.

In Afghanistan, the-called "War on Terror" waged by the US was also accompanied by the creation of CIA-run detention centers or "black sites" and the running of the "extraordinary rendition" program.

Disguised as "enhanced interrogation techniques" to deceive people about the inhumane nature of these methods, systematic torture was and is routinely used against Afghan detainees. In some instances, detainees are handed over to the Afghan intelligence or police who are well-known in participating in torture.

The Senate reports heart-wrenching reports, the horrifying photos released from Abu Ghraib prison in Iraq, the terrifying stories of Guantánamo Bay prisoners, and tens of witness accounts of the victims of the CIA's rendition program, have shaken the world's conscience, but there is no indication that such crimes have stopped occurring.

The EU's tacit approval for the creation of secret detention centers in their Member States which was used by the CIA for its rendition program makes it complicit in the gross torture used upon the victims of the program. Despite credible information and gut-wrenching accounts of victims, the detention centers were allowed to run for years and there was no proper investigation or prosecution of the countries involved.

The ICC report mentioned is a rare glimpse into this institutionalized practice that has been going on throughout the US wars in the past few decades. The destruction of evidence by the CIA in 2005 and the continued classification of the Senate Intelligence Committee report on CIA Torture is the attitude the US has officially adopted in the face of this grave crime.

Investigations and prosecution in such cases are carried out by the US army itself, and unsurprisingly, those implicated are either acquitted or awarded sentences that are no more than a slap on the wrist.

Torture is a hallmark of US invasions and interventions. It no longer comes as a surprise or "revelation" that such horrendous crimes are committed wherever the US steps, as our country's invasion has shown us.

Not much information has been released on the condition of the prison, and even the number of prisoners has not been accurately reported. According to some estimates, there are 600 prisoners, most of whom have not been charged and have no access to lawyers or attorneys.

The few documents declassified from the Senate Intelligence Committee report on CIA torture, detailed the torture techniques used in the detention center, codenamed Cobalt, which include beatings, shackling to ceilings, tying up of prisoners, prolonged sleep and food deprivation, stress positions for extended periods of time, and "rectal feeding". The most shocking revelation detailed by witnesses is the use of dogs to rape the Afghan prisoners.

Several witnesses have recounted stories of how they were tortured or witnessed torture. Two innocent Afghan prisoners, Habibullah and Dilawar were gruesomely killed under torture in 2002, under the command of US servicemen.Gul Rahman was left in the cold and died of hypothermia overnight.

Other victims have recounted the horror they faced in detention, but no complete, official report has been released regarding this dungeon. Even the delegation sent to the detention site to probe torture claims turned a blind eye to the "inhumane" condition of the site and conclude that it was "not inhumane".

The absence of a proper national judicial system in Afghanistan, the limitations of the ICC system itself, and its poor track record in prosecuting powerful countries and figures, unfortunately, does not paint a hopeful picture for innocent Afghan victims who would want to get justice in this court.

Although the remedy for torture is prevention and there are no indications that torture is to be prevented, justice served at any point in a victim's life serves them a certain level of closure and peace, which Afghan victims are most likely to be deprived of.

The U.S. has not ratified the Rome statute which sets out the court - President George W. Bush renounced the treaty, citing fears that Americans would be unfairly prosecuted for political reasons. How do you evaluate this fact?

The US has not ratified several important international treaties, citing excuses similar to the one mentioned here. The real reason is that the ratification of such treaties and their associated courts will hinder, to a little degree, the US in its hegemonic ambitions. The limitations created by the US state for its own civilians through laws regarding different matters shows this truth, and this policy is followed in the international arena as well.

That said, we should not forget that justice is routinely squashed by imperialist powers when their selfish interests are in danger. The EU which has ratified the Rome statute and tens of other human rights-related treaties, and claims to be the torch bearer of human rights in today's world, has participated in the CIA rendition program and allowed black sites in its Member States.

The crimes committed in this program have been documented by witnesses, but not one country was properly investigated by the EU's courts or the ICC. Today, we see that these treaties, institutions, and courts have been reduced to meaningless acronyms who are simply onlookers in the face of human rights violations committed by powerful countries.

Chants of justice and human rights by the Western powers, especially the US, are extremely hypocritical and offer no assistance or remedy to the victims, for these powers are themselves the actual perpetrators of these crimes.

Edu Montesanti is an independent analyst, researcher and journalist whose work has been published by Truth Out, Pravda,Global Research, Telesur, the Brazilian magazine Caros Amigos and numerous other publications across the globe. www.edumontesanti.skyrock.com