Trump and the gun issue

Trump and the gun issue 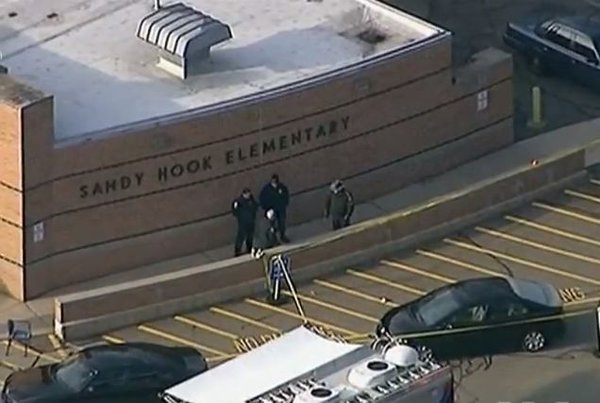 It is common practise to ridicule all Trump says; he does not often help his cause. The US is facing a severe social dilemma so a proposal is worth considering

The United States of America is facing a severe social crisis. Eighteen gun attacks at schools alone in the first two months of 2018 is not a healthy situation. At times of severe challenges, it is the role of the media to take an objective and sensible look at the issues and to promote discussion among the parts involved.

First and foremost, the decent thing to do would be to offer condolences to the families and friends of the victims, whose lives have been indelibly affected, negatively, by a half-baked moron who will probably see the American taxpaper finance his meals for the rest of his miserable, horrid little life. The only solace is that while inside he will probably get the crap smacked out of him day and night until he does what the other inmates would love to do. Oh dear, what a pity, never mind (sniff).

If he was that unhappy, why didn't he get it over with before he set out to massacre innocent victims?

I am sure that I have just expressed what a lot of people are thinking, and justifiably if they have lost someone. Part of a possible new penal approach would be to force perpetrators to have contact sessions with the families involved and to face the consequences and dangers of such a meeting. If he murdered seventeen unarmed people while holding an assault rifle, then why should he complain about meeting seventeen irate fathers and brothers armed with baseball bats or chain saws while being strapped to a chair?

I am sure that I have just expressed more unsaid thoughts.

But would these approaches solve the problem?

OK so let us all sit down and do some collective thinking. For a start, Donald Trump says some weird things but in my opinion a lot of what he says is off-the-cuff, the result of someone who thinks he knows it all and knows everything and so does not bother to prepare himself and as we all know, go into an interview unprepared and they make mincemeat out of you. We have all been there. Talking about gun teachers armed with concealed weapons is not the most brilliant idea to solve the problem, after all teachers are paid to teach, not to shoot their students and anyway a school campus is a large place, so the gun teacher would have to be in the right place at the right time. However, ridiculing the President for putting forth an idea is also not the right approach, at least it is an idea and in times of crisis all should be considered.

So thank you Donald Trump but that is not going to work either, nor do Americans want to see their schools turned into fortresses with janitors walking around the corridors with flame throwers and private security guards showing off their muscles outside armed to the hilt, funded by the taxpayer.

While a lot of people like to use any opportunity to take potshots at the United States, and their foreign policy I have criticized many a time, nobody likes to see a country grappling with a crisis so massive that the issue of kids going to school is in itself an issue. So taking an objective look, most communities in the USA do not have these problems and there are many Americans walking around who have never seen a person carrying a gun. Fact. It is also a fact that while guns are so readily available, the possibility of someone perpetrating a massacre is real and from time to time, it is going to happen. Perhaps not every 60 days, maybe once every decade, maybe more often, but it is going to happen. So the reality today in the United States of America is that school massacres happen. Period.

So the solutions? A visit to the National Rifle Association Facebook account will show us the type of person who thinks that carrying a gun is cool and the banter is chatty and happy about the first gun people had, how many shots it fired, and nice jolly weekend jaunts spent outside murdering animals and birds. And hey! The Second Goddam Amendment gives me the right to protect my home against the British King! So there! Shazaam!

And most of these people are church-going people who love their wives and kids and help out in the community and would never shoot anything bigger than a rabbit, or maybe a gopher. So saying guns must be banned in the United States of America is as useful as speaking about "gun teachers". How to reason with something which uses a machine gun against a deer?

A possible approach would be that you are free to have guns in your home (and here it matters not which type because they all kill, so differentiating in legislation between an automatic assault rifle and a six-shooter pistol matters not to the six students the six-shooter could blow away. Three six-shooters can murder 18 people). Period. You are not free to carry guns outside the home unless you have a permit, and this permit is issued after a substantial check-up process has been completed. You are free to carry your gun to the rifle association club to shoot at targets, you are free to hunt on certain days when schools are closed if indeed you get off on murdering animals.Weird? Yep. But hey we're speaking about the US of A. Failure to comply, whether by the licensed gun-holder or any family member residing in the house, would incur a hefty 70,000 USD fine, which means is your phucked-up son takes the gun outside, your entire family suffers. So he does not take the gun outside.

The gun is in one cabinet, locked, the ammunition is in another and the keys are somewhere else. It is not rocket science.

Alongside this, an old suggestion of mine, namely therapy, from the age of two upwards. This Cruz kid was seen throwing rocks at squirrels and doing all sorts of sociopathic pranks around the neighborhood, trying to get noticed? Asking for discipline? He has a name, Nicolas. Perhaps at the age of two he was drawing pictures of mommy with huge red eyes, bleeding. Maybe Pop was shown as an orange-clad monster. At five he was trying to murder squirrels? At six, did he kick a cat to death? So if he had been subjected to constant, yet unobtrusive follow-ups, his behavior would have been flagged before it became disruptive to society, and he would never have gotten anywhere near a gun. Probably today he would be happy, not sitting in a prison cell wondering when he gets the crap kicked out of him by psychopaths and when he gets to commit suicide, and before the seventeen families he destroyed, got destroyed.

Suppose this follow-up therapy were a part of everyone's lives at regular intervals, like any form of healthcare, like going to the dentist? Does this not make sense in today's society with so many stresses and strains from the digital age, from robotics challenging the work market, from violent scenes on TV and violent video games shaping certain young minds? Therapeutic follow-up would not only make our society safer, it would also prepare people for the labor market.

How do you pay for it? Easy. Pretend it's a bank to be bailed out and billions will become available, or else spend less on weapons systems to murder people and a little more on healthcare to save lives?